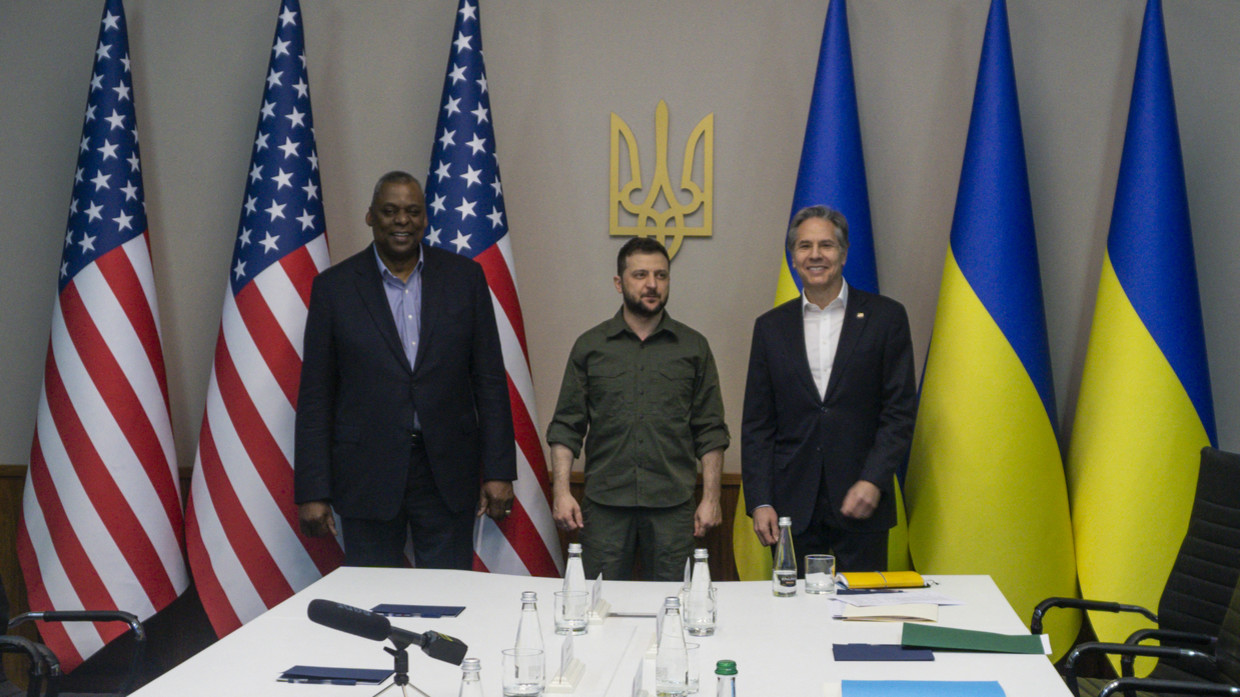 The United States revealed its Russian endgame Monday at a press briefing hosted by the US defence secretary Lloyd Austin and the US secretary of state Anthony Blinken in Poland after a secret trip to Kiev.

“The US wants the conflict in Ukraine to leave Russia too weakened to invade a neighbouring state,” Austin told reporters while standing in front of military aid shipments destined for Kiev.

“Russia has already lost a lot of military capability and a lot of its troops, we don’t want[s] to see them have the capability to very quickly reproduce that capacity.” He claimed hence the rush of advanced NATO weaponry to Kiev.

Blinken on his own part said “We’re seeing that when it comes to Russia’s war aims, Russia is failing, Ukraine is succeeding,” he continued, insisting that a “sovereign, independent Ukraine will be around a lot longer than Vladimir Putin is on the scene, and our support for Ukraine going forward will continue…until we see final success.”

Russia meanwhile insists that its special military operation is going according to plan. All through the Orthodox Easter weekend and into Monday, the Russian MoD said it destroyed 6 railway sub stations used to transport NATO weapons near Krasnoe, Zdolbunov, Zhmerinka, Berdichiv, Kovel and Korosten using high precision missiles. During the day Russian Aerospace missiles hit 27 military assets of Ukraine While Russian army aviation attacked 82 other targets.

According to the Russian MoD missile troops also hit 15 other Ukrainian targets destroying one launch position of Tochka-U tactical missile system, three command posts, one artillery battery and 10 areas of manpower and military equipment concentration. Up to 40 personnel, 17 Ukrainian armoured vehicles and cars were destroyed.

One thought on “Game On”