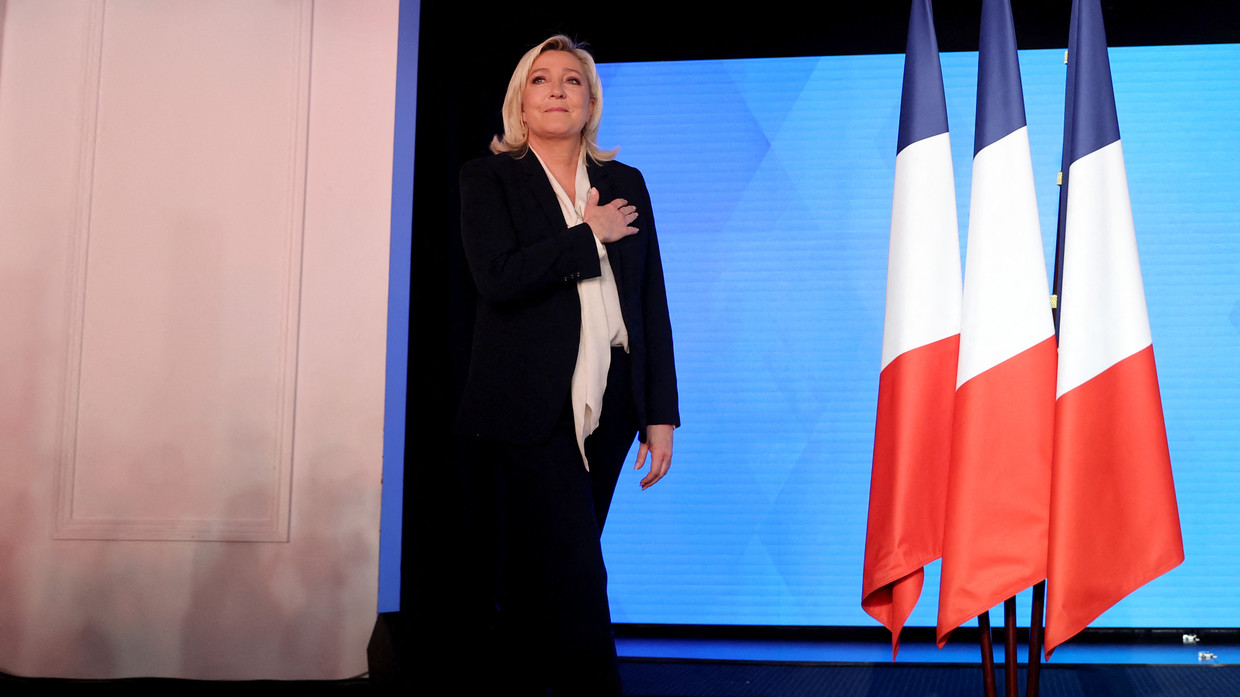 The centrist Emmanuel Macron drubbed the far right leader in the second round of voting. Macron gained 58% while Le Pen scored 42%.

“A shining victory in itself.” She told supporters after conceding defeat at the Pavillon d’Armenonville in Paris. “There was nothing to complain about I have no resentment or bitterness,”she said before thanking supporters who supported her in both rounds of the election.

The runner up also asked her supporters to vote for her party in the upcoming parliamentary election this summer.

Her defeat in the 2022 French presidential election marks the third time. The daughter of five-time presidential candidate and far-right heavyweight Jean-Marie Le Pen. In 2012, she came third with 17.9% of the vote, behind Francois Hollande and Nicolas Sarcozy. In 2017, she made it through the first round but had to concede to Macron after receiving just under 34% in the runoff.

“With this result France is ready for change,” She said. There was a collective sigh of relief in Brussels after news of her loss broke. Many EU leaders had called on French citizens to vote for Macron.

“Rage and discord must also be addressed, this will be my responsibility,” Macron said at his victory rally at Mars Field in central Paris admitting that some people voted for him only to prevent Le Pen from moving into the Elysee Palace.

“I am thinking of those who abstained – we need to respond to this,” the re-elected leader added.

In his relatively short, but emotional, speech Macron promised to “make France a great green country,” to work on strengthening the EU, to fight for gender equality and against social injustice, to support the economy, and to encourage investments and creativity.

“We have so much to do. The war in Ukraine is there to remind us that we are going through tragic times where France must show the clarity of its voice and build its strength in all areas, and we will do so,” he said.

The Macron victory has already been tainted with post election protests with the blood of two people who were shot and killed by police after they refused to stop near where Emmanuel Macron was holding a victory rally.