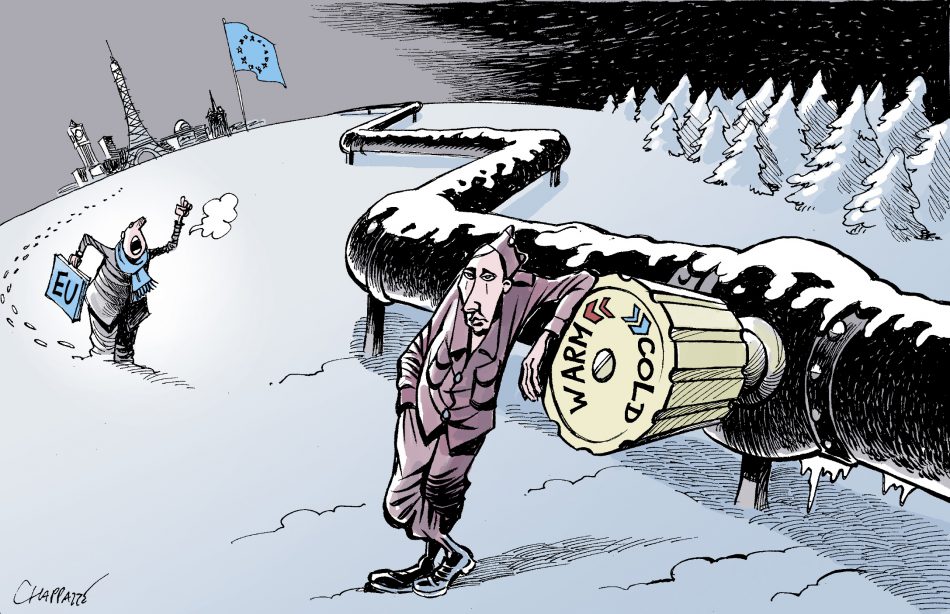 For refusal to pay in rubles

The Russian Presidential Decree that outlines a new payment method for Russian exports to be paid in rubles is now in effect according to the Kremlin spokesman Dmitry Peskov on Tuesday.

“All the contacts with buyers of gas have been made via Gazprom, so it will publish information on the results of the talks,” Kremlin spokesman Dmitry Peskov told reporters at the Kremlin.

In March, President Putin signed a decree demanding “unfriendly countries” pay for their gas supplies in rubles by opening accounts in GazpromBank where euro and dollars will be converted to rubles. Failure to comply will lead to no gas. Germany the leading EU economy has already agreed to pay in rubles.

On Wednesday Gazprom confirmed that gas supplies to Poland and Bulgaria has been halted due to their refusal to implement the new payment procedure. Benchmark Dutch futures soared as much as 24% to 127.50 euros per megawatt-hour, the highest level since April 1. They traded 13% higher at 8 a.m. in London.

Poland and Bulgaria both transit countries for Russian gas were also warned about siphoning gas meant for other destinations. If that happens then the company will reduce transit flows to other EU countries. Polish authorities have assured consumers that there is enough supply as winter is over and Bulgarian Energy Minister Alexander Nikolov told reporters in Sofia. “Bulgaria has secured supplies for a month.”

“It’s clear that at the moment the natural gas is used more as a political and economic weapon in the current war, and not in the context of legal-commercial relations,” Nikolov said.

This will be the third disruption in gas supply to western Europe after disruptions in 2006 and 2009 due to a price disagreement between Russia and Ukraine. .