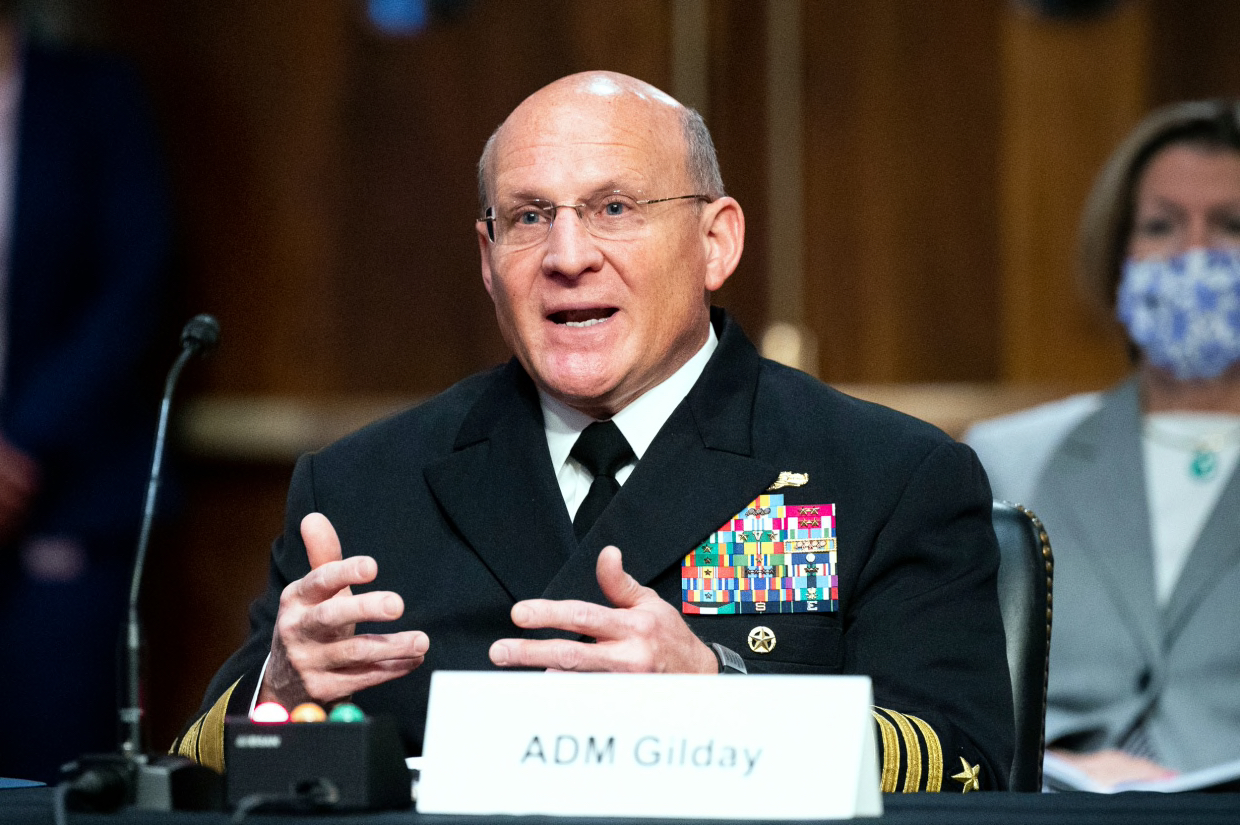 Chief of Naval Operations Admiral Michael Gilday told a panel on Thursday at the Centre for Strategic and International Studies (CSIS) in Washington that China’s “phenomenal growth”  and of Beijing’s military ambitious goals for the years ahead will remain US Navy’s “focal point.”

Alarmed by the exponential growth of the Chinese PLA Navy, the US navy chief said. “China is challenging us through all instruments of their national power. We certainly have a lot of respect for them based on their ability to learn and evolve,” he said. “Thinking about the facts related to China and their phenomenal growth in the military dimension, but also in the economic dimension, not just regionally but globally – they’ve exceeded every deadline they’ve ever set for themselves.”

Gilday expounded on the Chinese issue saying the US Navy must be prepared to counter the Chinese PLA Navy on the high seas. “They’ve exceeded every deadline they’ve ever set for themselves. And so their deadline by 2050 really to be a global power by – it used to be 2035, and now it looks like 2027 to be regionally dominant militarily and economically.”

To that end the Navy will need more money and human resources in order to fight China “tonight. Gilday said. He also argued that he would like to see more funding devoted to “weapons that are going to matter in a fight,” arguing Congress should “max out domestic production lines for weapons at range, speed, lethality, and capability in 2023.”

He added that the US has maintained “enduring advantages” with its submarine force, as well as in the areas of quantum computing, artificial intelligence and unmanned vehicles and vessels.

When he was asked about India, the admiral said he had spent a lot of time in India. “India is a huge strategic partner in the future.” with respect to countering China’s dominance in the Indo-Pacific.

“If you’re concerned about China, you can’t build a navy fast enough to understand what’s going on in [the Indian Ocean],” Gilday said, summarizing his discussions with Indian officials. He noted that New Delhi had “joined the coalition maritime force in the Fifth Fleet,” a US led multinational effort active in waters near the Middle East, Africa and South Asia.