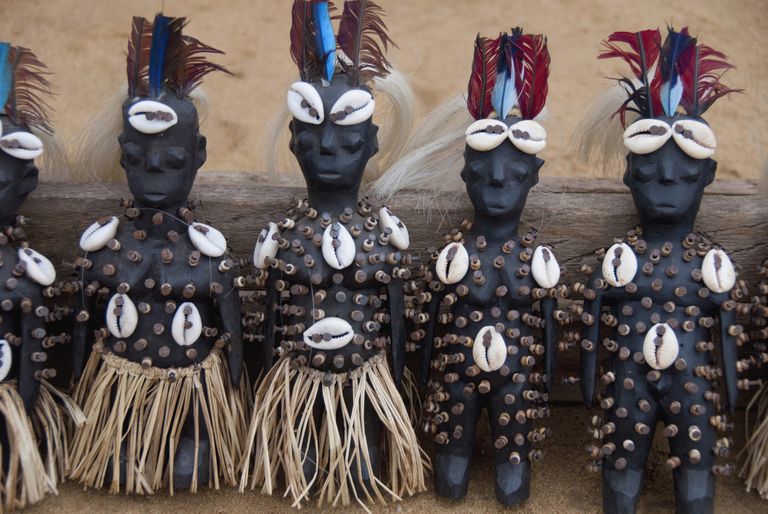 A Nigerian Police superintendent Aliyu Giwa has warned in a Twitter post Sunday that anybody accused of using “juju” otherwise known as voodoo or witchcraft can spend two years in jail if found guilty in a court of law.

According to him, the Nigerian Criminal Code Act chapter 20 section 210 said: “Offences in relation to witchcraft and juju ; Any person who- (A) by his statements or actions represents himself to be a witch or to have the power of witchcraft; or (B) accuses or threatens to accuse any person with being a witch or with having the power of witchcraft; or makes or sells or uses, or (C) assists or takes part in making or selling or using, or has in his possession or represents himself to be in possession of any juju, drug or charm which is intended to be used or reported to posses the power to prevent or delay any person from doing an act which such person has a legal right to do, or to compel any person to do an act which such person has a legal right to refrain from doing, or which is alleged or reported to possess the power of causing any natural phenomenon or any disease or epidemic; or (D) directs or controls or presides at or is present at or takes part in the worship or invocation of any juju which is prohibited by an order of the President or the Governor of a State; or (E) is in possession of or has control over any human remains which are used or are intended to be used in connection with the worship of invocation of any juju; or (F) makes or uses or assists in making or using, or has in his possession anything whatsoever the making, use or possession of which has been prohibited by an order as being or believed to be associated with human sacrifice or other unlawful practice; is guilty of a misdemeanour, and is liable to imprisonment for two years.”

Giwa said he wrote this to sensitise Nigerians on the relevant criminal codes so as not to fall foul of the law.