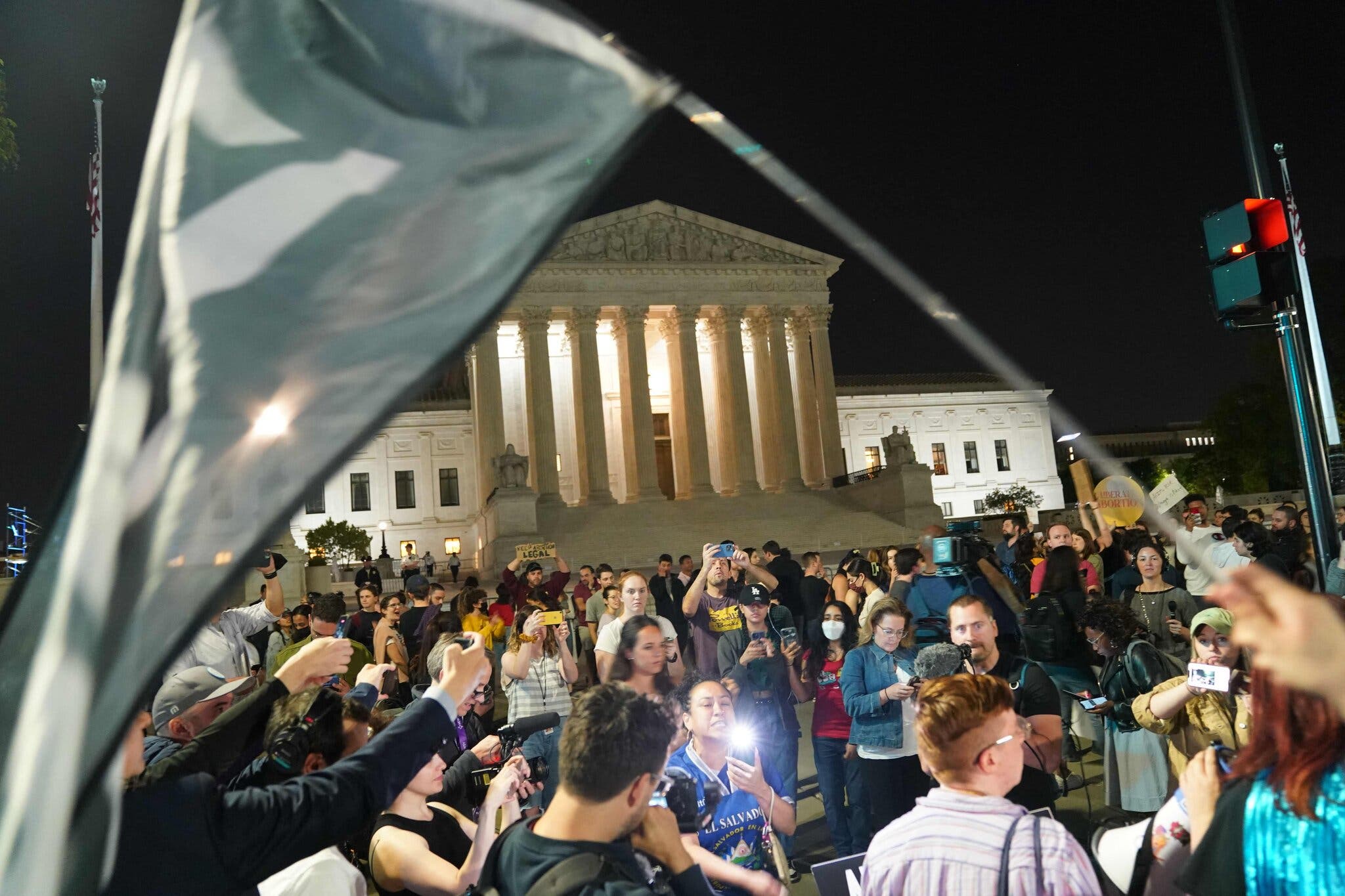 A leaked draft opinion written by  by Justice Samuel Alito overturning the landmark Roe Vs Wade ruling that guaranteed the right to abortion has drawn both pro-life and pro-choice protesters to the Supreme Court building Monday night.

In the document section titled Opinion of the Court, Alito writes. “Roe was egregiously wrong from the start, Its reasoning was exceptionally weak, and the decision has had damaging consequences. And far from bringing about a national settlement of the abortion issue, Roe and Casey have enflamed debate and deepened division. We hold that Roe and Casey must be overruled.” The Supreme Court Justice was referring to two landmark cases that guaranteed abortion rights decided by the Court in 1973 and 1992.

“It is time to heed the Constitution and return the issue of abortion to the people’s elected representatives.” He added. It was not up to the federal court to rule on what the citizens are demanding but through their elected officials. So it was essentially up to state legislatures to decide if they wanted to legalise abortion.

An inside source according to Politico said. “Four of the other Republican appointed justices – Clarence Thomas, Neil Gorsuch, Brett Kavanaugh and Amy Coney Barrett – had voted with Alito in the conference held among the justices after hearing oral arguments in December, and that line-up remains unchanged as of this week.”

As for the three Democratic appointed justices – Stephen Breyer, Sonia Sotomayor and Elena Kagan – are working on one or more dissenting opinion according to the source. “How Chief Justice John Roberts will ultimately vote, and whether he will join an already written opinion or draft his own, is unclear.”

The leak has already drawn criticism and vitriol from both conservatives and liberals as a final decision is not until two months time. On Twitter Women March wrote calling for protests at all federal, state and local government buildings. “We’re horrified, saddened, and livid. If you are too, then now is the time to show up and show them our movement won’t back down from protecting our reproductive rights. Tomorrow, at 5pm your local time, we’re rallying across America for abortion rights”

“Pro-life is a lie! You don’t care if women die! We’re outside the US Supreme Court with hundreds fighting back!” Party for Socialism and Liberation called for nationwide protests against the yet to be published majority decision.

There has been no comment from the Supreme Court on the leak.