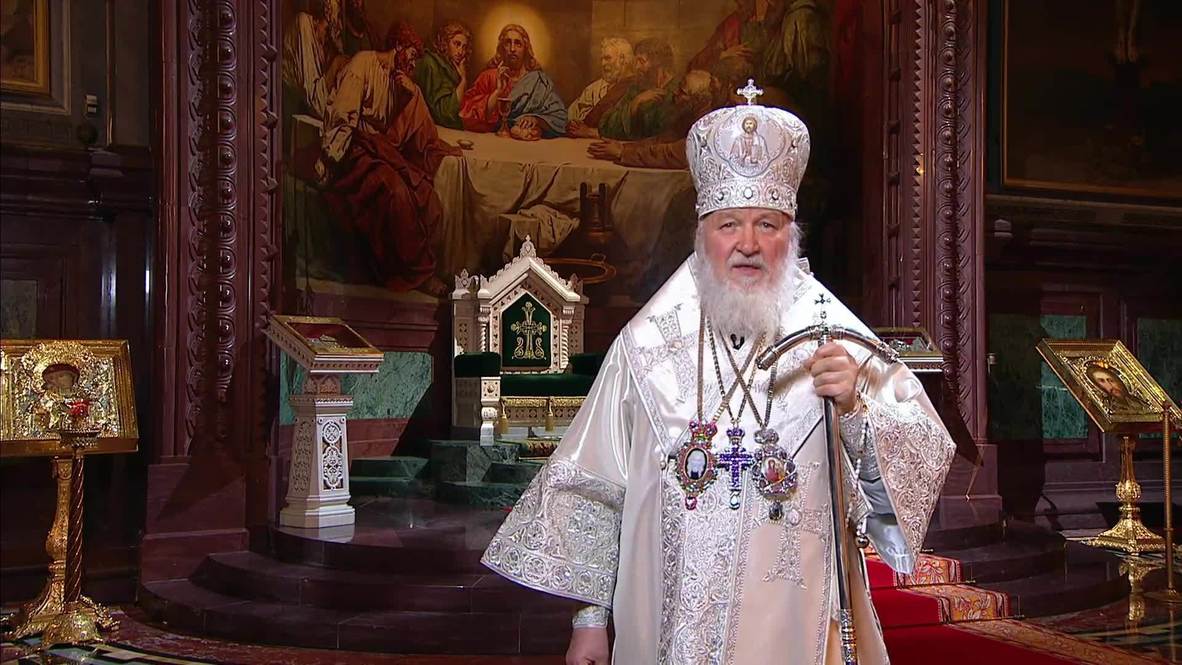 European Union sanctions on the Patriarch will be a mistake

The Russian Orthodox Church on Wednesday pushed back on Pope Francis ‘s “altar boy” comments about Patriarch Kirill in an interview to an Italian daily saying such statements will hurt dialogue.

In a papal interview with the Italian daily Corriere della Sera. Pope Francis had described the head of the Russian Orthodox Church as Russian President Vladimir Putin’s altar boy saying. “I completely fail to understand this. Brother, we are not state clerics; we cannot use the language of politics, but that of Jesus. “

“We are pastors of the same holy people of God. That is why we must seek ways of peace, stop the fire of arms. The Patriarch cannot become Putin’s altar boy. I had a meeting scheduled with him in Jerusalem on 14 June. It would have been our second face-to-face meeting, nothing to do with the war. But now even he agrees: ‘Let’s wait; it could be an ambiguous signal’.” The pope told the newspaper.

“Pope Francis chose an incorrect tone to convey the content of this conversation,” the Moscow Patriarchy responded Wednesday.

“Such statements are unlikely to contribute to the establishment of a constructive dialogue between the Roman Catholic and Russian Orthodox Churches, which is especially necessary at the present time.”

Patriarch Kirill, 75, Primate of the Russian Orthodox Church which numbers over 100 million members worldwide sees the Ukraine war as a wall against Western decadence especially the so called “Pride Parades” and same sex marriage which will destroy families. A champion of Russian conservatism, many western analysts see him as a close ally of Putin.

The Patriarch himself has expressed sorrow and loss over the conflict. “Of course, this situation is associated with great pain for me. My flock is on both sides of the confrontation, they are mostly Orthodox people,” the Patriarchy quoted Kirill saying, according to Reuters. “How can we foster the pacification of those fighting with the single goal of achieving the consolidation of peace and justice?”

Observers are wondering if the schism between the western and eastern churches that occurred in 1054 will ever heal due to the conflict in Ukraine and talk of sanctions on him. According to documents seen by AFP the European Commission is planning to put Patriarch Kirill on a new sanctions list.

Pope Francis offers condolences and calls on world leaders to prevent nuclear disaster The Supreme Pontiff of the Roman Catholic...

Pope Francis says "World War Three has been declared" Blames NATO for Ukraine conflict The Supreme Pontiff of the Roman...

Pope Francis says while Ukraine admits "Ghost of Kiev" was a myth Pope Francis the head of the Catholic Church...