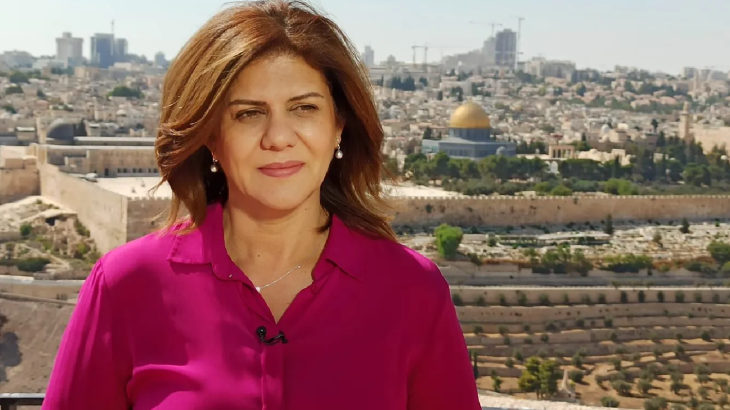 Shireen Abu Akleh was shot in the head while reporting

Shireen Abu Akleh, 51, a Palestinian journalist was wearing a press vest and armed with a microphone when she was killed by sniper fire while reporting in Jenin City where Israeli military raids are occurring. The Israeli raids are a result of series of terror attacks in the Jewish state that has killed dozens in the last few months.

“Occupation forces storm Jenin and besiege a house in the Jabriyat neighbourhood. On the way there – I will bring you news as soon as the picture becomes clear.” She wrote in her last email to Al Jazeera’s Ramallah bureau at 6:13am (3:13 GMT) before she was shot and taken to the hospital in critical condition where she was pronounced dead at  7:15am (4:15 GMT) by the hospital authorities. Another Al Jazeera journalist who was also shot in the back and now in stable condition Ali al-Samoudi said. “We were going to film the Israeli army operation and suddenly they shot us without asking us to leave or stop filming, the first bullet hit me and the second bullet hit Shireen … there was no Palestinian military resistance at all at the scene.”

Israel Defence Forces said on social media in response to the incident. “During the activity, tens of Palestinian gunmen fired at and hurled explosive devices toward the soldiers. The soldiers responded with fire toward the gunmen and hits were identified. The IDF is investigating the event and looking into the possibility that journalists were hit by the Palestinian gunmen.”

The head of the medical school at al-Najah University in Nablus confirmed that Abu Akleh was shot in the head and her body transferred for an autopsy based on a public prosecution order.

Giles Trendle Al Jazeera managing director said in a statement calling for a transparent investigation. “We have had a history throughout the world but particularly in this region, where we have had tragedies. As journalists, we carry on. Our mission is to carry on. We will not be silenced. Our mission is always to carry on to inform the world what is happening. And that is more important ever.”

She will be buried in a Palestinian State funeral in Ramallah, Thursday.