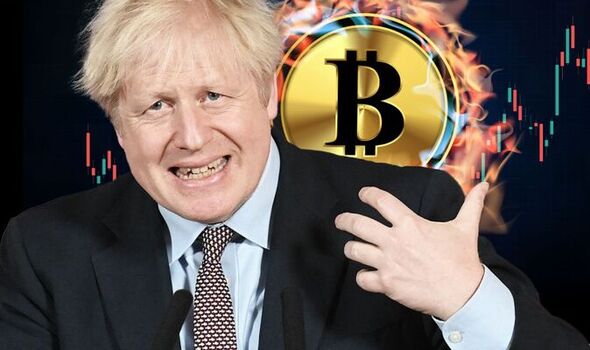 The Queen’s Speech on Tuesday which sets the legislative agenda for the coming parliamentary session includes new legislation called the Economic Crime Bill that will regulate the cryptocurrency industry and allow authorities to seize crypto assets. The Economic Crime Bill read by Prince Charles at the opening of Parliament in London caused the crypto market to tumble Thursday. The future king of England said: “A bill will be brought forward to further strengthen powers to tackle illicit finance, reduce economic crime and help businesses grow.”

Crypto analyst Watcher.Guru (@WatcherGuru), which has more than 865,000 followers, wrote on Twitter: “The UK will introduce legislation this year to regulate the Bitcoin and crypto industry and ensure authorities can seize ransomware proceeds.” These developments with other ripple effects wiped out almost $1 trillion in digital assets value. The huge crypto dump that ensued comes after $18 billion algorithmic stablecoin terraUSD (UST) lost its peg to the U.S. dollar, wiping out the price of its support coin luna which has now lost almost 99% of its value.

The Economic Crime Bill which will strengthened the laws that have empowered its Russian sanction packages and empower authorities to seize cryptocurrency assets will ensure all the money in the UK is clean. Associates of President Vladimir Putin will not benefit in any way in the unregulated crypto market is the government’s main reason for clamping down on crypto. UK authorities have spent years trying to seize crypto assets but had been relying on old laws to do so without success.

Chief Executive of UK Finance David Postings praising the bill said. “The Economic Crime Bill will be critical in helping to address money laundering and the growth in fraud and scams, which are now the most prevalent type of crime in the UK.

“This Bill should focus on measures that prevent fraud happening in the first place and provide greater enforcement powers to tackle those who commit economic crime.” He added.