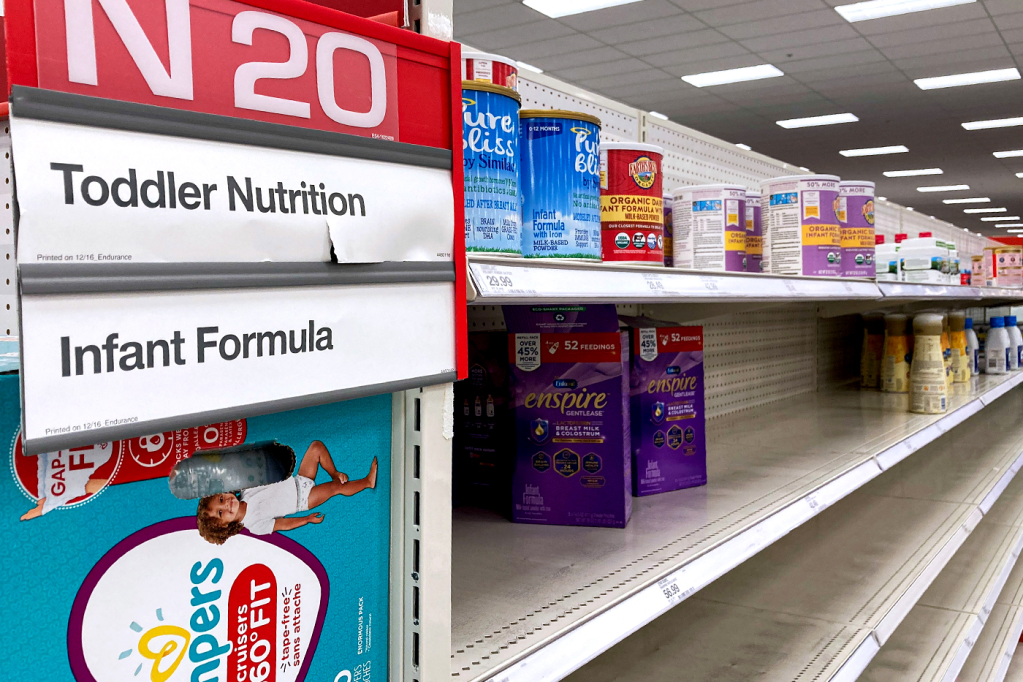 The United States currently suffering a baby milk formula shortage is experiencing a surge in breast milk donations to milk banks due to demand according to a report by CBS News. A non profit organisation called the Human Milk Bank Association of North America (HMBANA) is leading the charge. HMBANA boasts of 31 local milk banks across the U.S, which receive donations of surplus breast milk from healthy, lactating women.

Linda Harelick, executive director of the New York Milk Bank said. “Donations come from women with excess supply beyond what their child needs and they generously donate their milk to us.” Donors are screened and blood tested. The milk is then tested and pasteurised then stored before it is given to needy babies who due to health rely only on human milk, premature babies and babies whose biological mothers cannot provide breast milk.

“Demand is surging, people are desperate,” she said. “If more healthy, lactating people contact their local milk banks to donate, we will have more milk available to extend beyond those with the most urgent needs,” Groff said.

“I suspect each day that goes by that will climb,” she said. Experts say a recall by one of the industry’s largest manufacturers, persistent supply-chain issues caused by the Covid pandemic and a market monopoly by three manufacturers created the crisis.

“I’ve looked online, I have my mom in Boston looking, my mother-in-law in Florida looking,” Elyssa Schmier told news agencies  about her trouble finding formula for her 8-month-old son. “Everyone we know is looking for us and no one can find it.”

Abbot Laboratories one of the three biggest producers of baby formula had its Michigan plant shut down by the Food and Drug Administration due to non-compliance last September.

“In September 2021, FDA learned of the potential link between a rare and deadly foodborne pathogen and powdered infant formula manufactured by Abbott Laboratories in a facility in Sturgis, Michigan. This week I received a 34-page report from a whistleblower, a former employee at the plant which produced the contaminated formula – which led to at least 4 hospitalizations and the deaths of at least 2 babies. The whistleblower report lays out a damning list of allegations of wrongdoing at this factory.” Rosa DeLauro Democrat House member said at the time after receiving the report.

“We are doing everything we can to address the infant formula supply shortage,” said Abbott Laboratories in a statement. “Across the U.S., we’re prioritizing production of infant formula products to help replenish the supply in the market and are also air shipping in product from our FDA-registered facility in Cootehill, Ireland, on a daily basis. All of this powder product is being restocked on retail shelves on a regular basis.”

Experts also believe that the profit margin for baby formula producers is reduced due to the declining birth rates and uptick in abortions. According to US census data America birth rates have been declining since 2008 the year President Obama was elected.