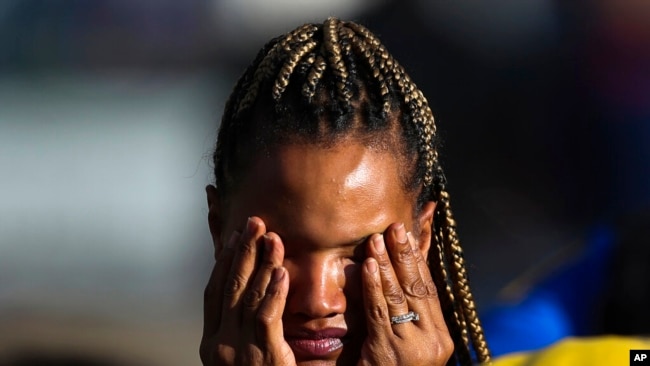 An 18 year old white supremacist opened fire with an assault rifle at a Buffalo, New York, Tops supermarket in what the Federal Bureau of Investigation calls “racially motived violent extremism,” killing 10 people and wounding three others Saturday before he gave himself up, Buffalo Police said.

The suspect identified as Payton Ghendron live streamed his actions in first person on the popular streaming platform Twitch. he wore a helmet, military clothing, a bulletproof vest with the Nazi “Black Sun” symbol made popular by the former SS leader Heinrich Himmler and seen on the uniforms of the Ukrainian “Azov” Battalion fighting Russia, before opening fire at the Tops Friendly Market.

“He exited his vehicle. He was very heavily armed. He had tactical gear. He had a tactical helmet on. He had a camera that he was livestreaming what he was doing,” Buffalo Police  Commissioner Joseph Gramaglia said at a news conference.

The shooting took place in a pre-dominantly black neighbourhood.

Gramaglia said the suspect was arrested at the store as he was about to commit suicide. “At that point the suspect put the gun to his own neck. Buffalo police personnel — two patrol officers — talked the suspect into dropping the gun. He dropped the gun, took off some of his tactical gear, surrendered at that point. And he was led outside, put in a police car,” he said.

Rev. Al Sharpton called on the White House to convene a meeting with Black, Jewish and Asian leaders “to underscore the Federal government (is) escalating its efforts against hate crimes.” In a tweet, Sharpton said that “leaders of all these communities should stand together on this!”

“The president has been briefed by his Homeland Security adviser on the horrific shooting in Buffalo, N.Y., this afternoon. He will continue to receive updates throughout the evening and tomorrow as further information develops,” She stated.