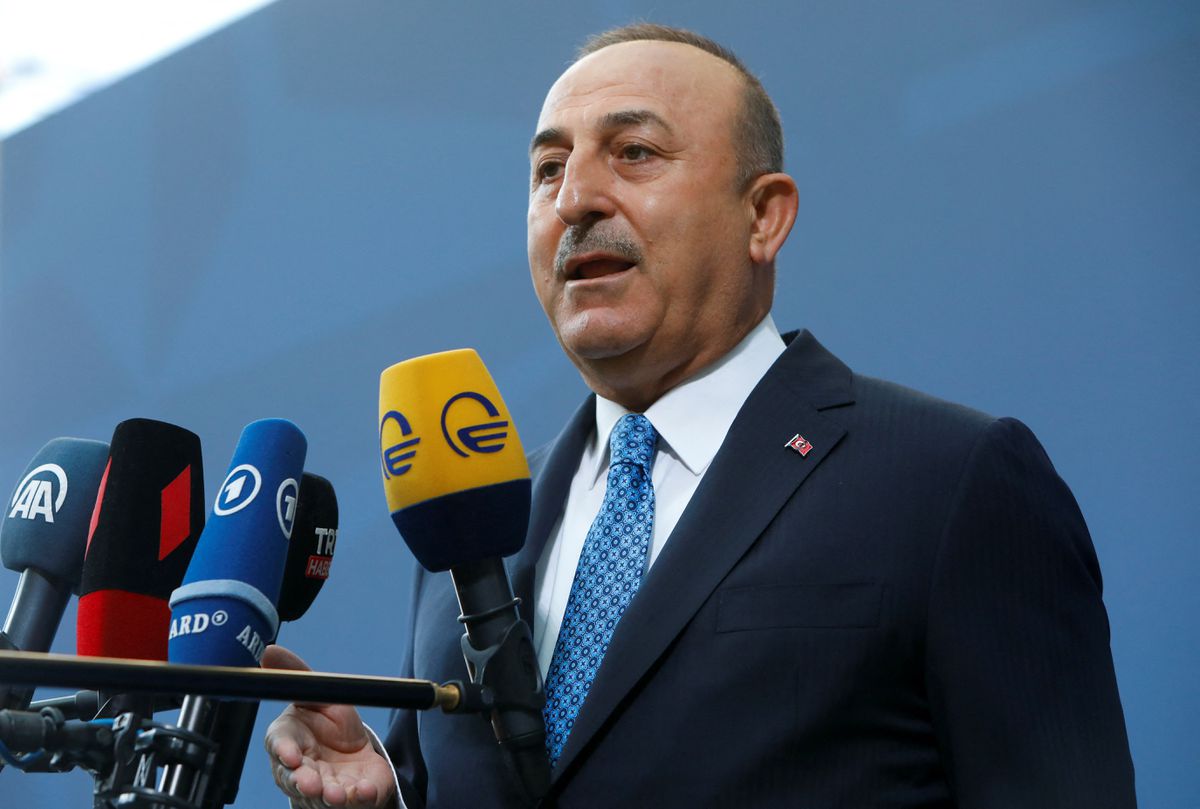 He said these were the conditions for their entry into the cold war era alliance. These demands have been presented to his Swedish and Finnish counterparts during a meeting and all seeking to address the issue.

“There absolutely needs to be security guarantees here. They need to stop supporting terrorist organizations,” Cavusoglu said. “They also need to lift their defence export bans to Turkey.” He added.

“Our stance is perfectly open and clear. This is not a threat, this is not a negotiation where we’re trying to leverage our interests,” Cavusoglu continued.

“This is not populism either. This is clearly about two potential member states’ support for terrorism, and our solid observations about it, this is what we shared.” he concluded.

Antony Blinken the US secretary of state told newsmen. “Every member of the alliance wants to bring this war to an end as soon as possible. We are clearly determined to maintain our security assistance to Ukraine, to continue our sanctions, export control and diplomatic pressure on Russia for as long as is necessary.”

Russia has warned that it has no intention of giving up fighting neo Nazis in Ukraine. Russian Ambassador to the United States Anatoly Antonov said earlier that continued NATO support to Ukraine “directly threatens European and global security.” Moscow is calling on “the sponsors of the Kiev regime to stop instigating bloodshed in Ukraine and think about the consequences of their actions,” he said, commenting on the $40 billion military aid to Ukraine.

As of May 15 the Russian MoD stated in its daily briefing on the military operation in the Donbass. “In total, 165 Ukrainian aircraft and 125 helicopters, 879 unmanned aerial vehicles, 306 anti-aircraft missile systems, 3,098 tanks and other armored combat vehicles, 381 multiple launch rocket systems, 1,525 field artillery and mortars, as well as 2,934 units of special military vehicles were destroyed during the operation.”