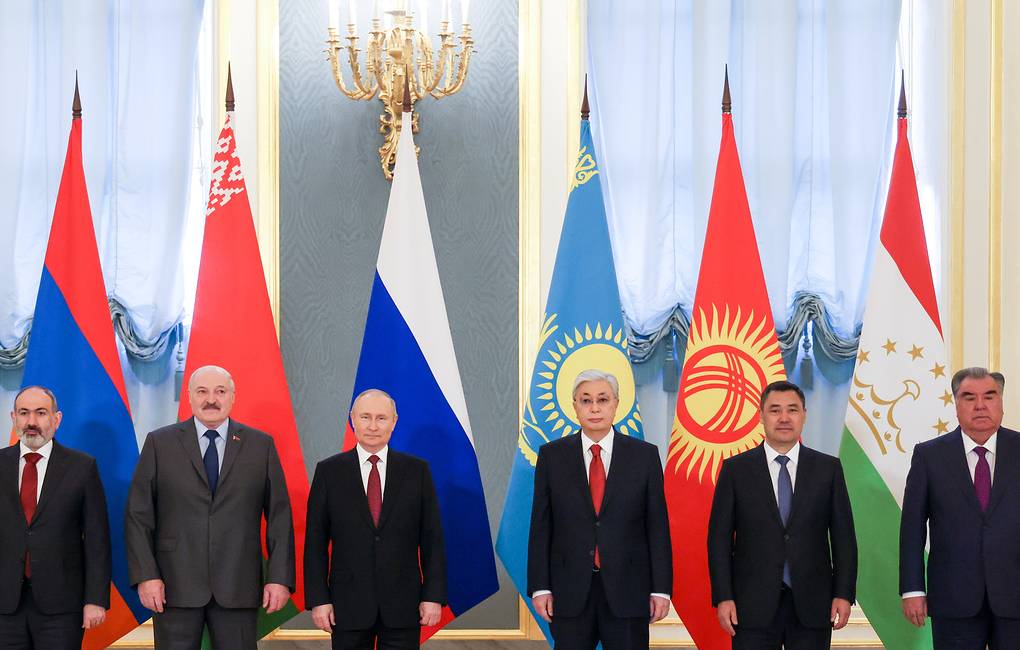 At the opening of the summit on Monday the Belarusian president Alexander Lukashenko told newsmen. “Stronger political cooperation and coordination by the CSTO member-states. The effectiveness of the mechanism of foreign policy and security consultations must be increased. We should speak out on behalf of the CSTO on international platforms more often to make the organization’s voice and stance well-heard and seen. There must be a common voice and a common stance, the way they are in the West,” he said.

“In this respect we play into the hands of the West in a sense. I am certain that if we presented a common front, there would have never been what they call ‘sanctions from hell’,” he added.

The CSTO is a collective security organisation akin to the western alliance NATO. The Collective Security Treaty was signed on May 15, 1992 in Tashkent, Uzbekistan and successfully ended an insurrection in Kazakhstan earlier this year. “The peacekeeping operation in Kazakhstan conducted in January 2022 confirmed the readiness of the organization’s forces to effectively solve security problems and showed the high status of the CSTO in the system of international and regional organisations,” the statement read.

The leaders expressed concern for the situation in Afghanistan and were ready to defend their external borders if need be. They also stressed that the CSTO will deepen co-operation with the United Nations and other interested parties. As for NATO the statement read. “Responsibility for ensuring lasting peace in the Eurasian region, we emphasise the importance of reducing tension on the continent and reaffirm our readiness to establish practical cooperation with the North Atlantic Treaty Organization.”

It also warned against the falsification of history in which Nazis are now glorified like what was happening in Ukraine so as to spread neo-Nazism, racism and xenophobia.

“We honor the memory of the ancestors who died during the Great Patriotic War, we condemn the manifestations of the “war” with monuments in honor of the fighters against Nazism, the whitewashing of participants in the Nazi movement and their accomplices. We express our serious concern in connection with attempts to ban at the legislative level the symbols associated with the Victory over Nazism,” the joint statement emphasised.

The CSTO secretary-general Stanislav Zas told newsmen after the summit. “Unfortunately, if we used to talk about the militarization of the Eastern European region, now this will also apply to Northern Europe. Therefore, it is difficult to say how this will all end, but one thing is clear that such steps by the NATO bloc will lead to an increase in tension in Europe.”

Putin on the hand other taking a calm outlook on the situation said Finland and Sweden joining the bloc was not a threat but installing NATO infrastructure will elicit a Russian “military-technical response.”

New trade route between Europe and Asia to be fully operational by 2030 replacing the Suez Canal The North-South corridor...

"Russia will never give up love for country, faith and traditional values" In an 11 minute speech marking the 77th...