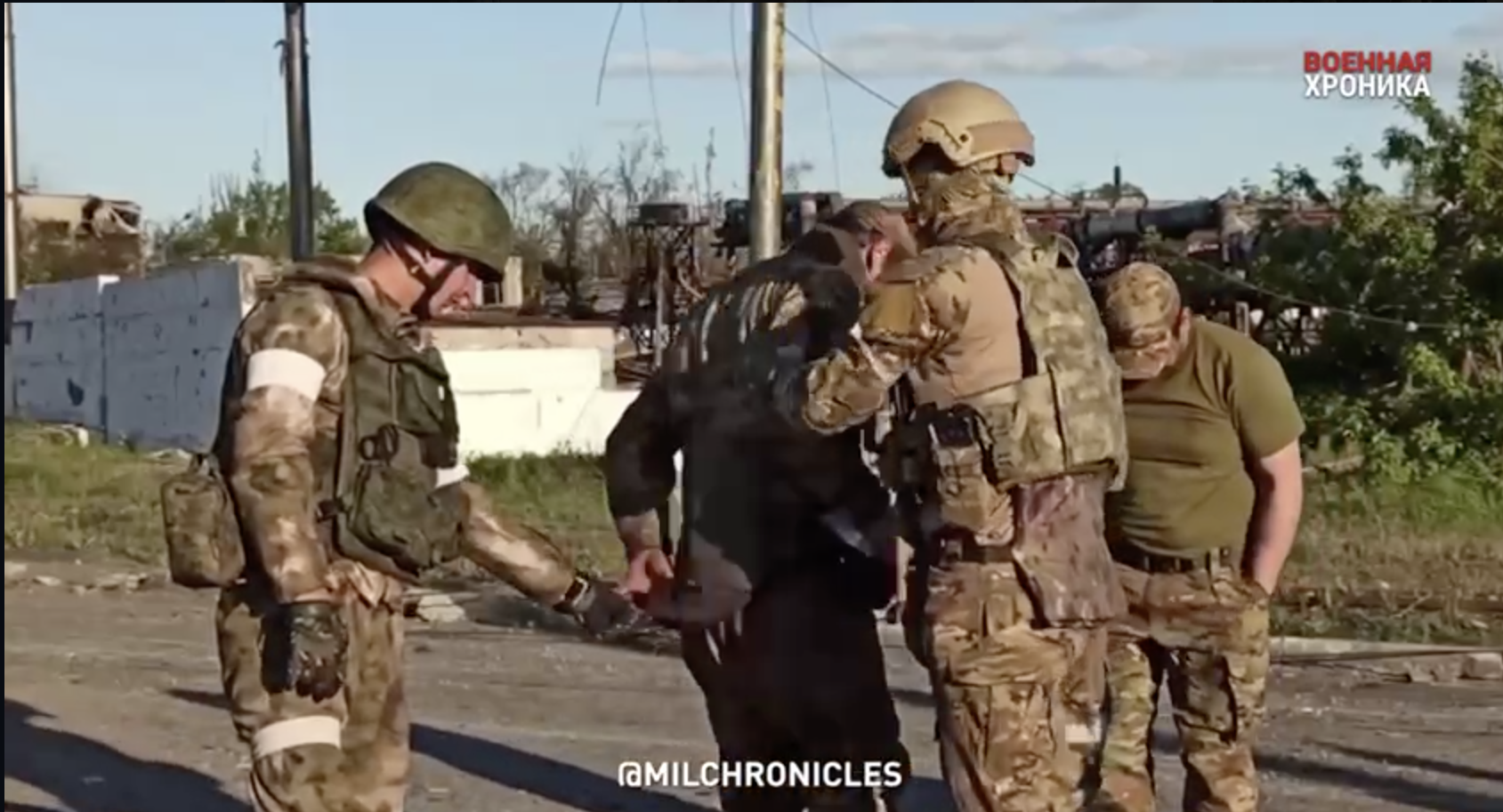 The Russian Ministry of Defence confirmed, Tuesday, that nearly 300 Azov battalion fighters holed up in the Azovstal steel complex have surrendered. “Over the past 24 hours, 265 militants have laid down arms and surrendered, including 51 seriously wounded.”

“All those in need of medical assistance were sent for treatment to a hospital in Novoazovsk, Donetsk People’s Republic.” The Russian MoD statement read. According to reports they will be treated as Prisoners of War (POW) while the western mercenaries will be charged as criminals.

“High-precision long-range sea-based Kalibr missiles near Starichi railway station in Lvov Region have destroyed the personnel of Ukrainian reserve formations, as well as shipments of foreign weapons and military equipment from the United States and European countries, prepared for shipment to Donbass.” He said.

“High-precision air-based missiles of the Russian Aerospace Forces have hit 2 command posts and 1 communications centre, including those of the 30th Mechanized Brigade near Bakhmut, 28 areas of AFU manpower and military equipment concentration, and 2 missile-artillery weapons and ammunition depots near Ugledar and Konstantinovka in Donetsk People’s Republic.” He added.

The Russian strikes eliminated more than 470 nationalists and up to 68 armoured and other motor vehicles.

“In addition, 1 traction power substation have been destroyed near Merefa railway station in Kharkov region, which was delivering weapons and military equipment from the United States and Western countries to Donbass.” Konashenkov stressed.

According to the Russians, Ukrainian forces fired ballistic missiles at Kherson where no Russian troops are present. All 10 missiles were intercepted by Russian air defence.

As of May 17 according to the briefing,  168 Ukrainian aircraft and 125 helicopters, 912 unmanned aerial vehicles, 309 anti-aircraft missile systems, 3,134 tanks and other armored combat vehicles, 385 multiple launch rocket systems, 1,542 field artillery and mortars, as well as 2,983 units of special military vehicles were destroyed.