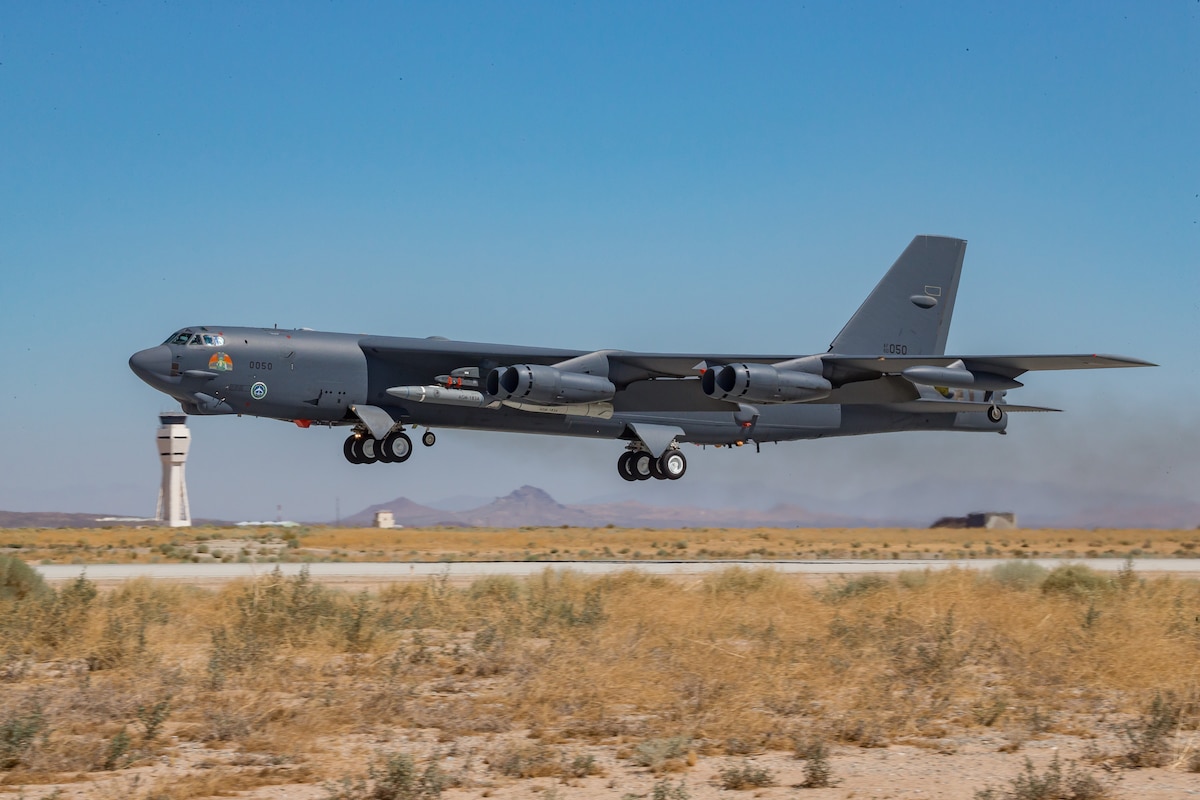 United States Strategic Command has successfully tested a hypersonic missile that Russia and China already have in their inventory. The American AGM-183A Air-launched Rapid Response Weapon(ARRW) was launched from a B-52H Stratofortress strategic bomber off the southern California coast last Saturday. In a tweet the Pentagon said the ARRW’s booster ignited after launch and burned for expected duration, achieving hypersonic speeds five times greater than the speed of sound, at Mach 5+.

“This was a major accomplishment by the ARRW team, for the weapons enterprise, and our Air Force,” said Brig. Gen. Heath Collins, Air Force Program Executive Officer for Weapons said.

“The team’s tenacity, expertise, and commitment were key in overcoming the past year’s challenges to get us to the recent success. We are ready to build on what we’ve learned and continue moving hypersonics forward.”  Collins added.

The test conducted at the secret Edwards Air Force Base in the Californian desert. The 419th Flight Test Squadron (FLTS) and the Global Power Bomber Combined Test Force (GPB CTF) carried out the hypersonic test.

.”The test team made sure we executed this test flawlessly,” said Lt. Col. Michael Jungquist, 419th FLTS commander and GPB CTF director. He called the ARRW a game changer in the coming war with China or any other nation challenging the might of the United States. “Our highly-skilled team made history on this first air-launched hypersonic weapon. We’re doing everything we can to get this game-changing weapon to the warfighter as soon as possible.”

Hypersonic missiles are designed to be fired in contested environments from stand-off distances and enabling quick precision strikes on heavily defended enemy targets. That means a B-52 can execute from a safe distance at a heavily contested air space without the risk of being shot down by an enemy air defence missile. The B-52 which has been operational since the late 1950s is due to be retired in 2044.