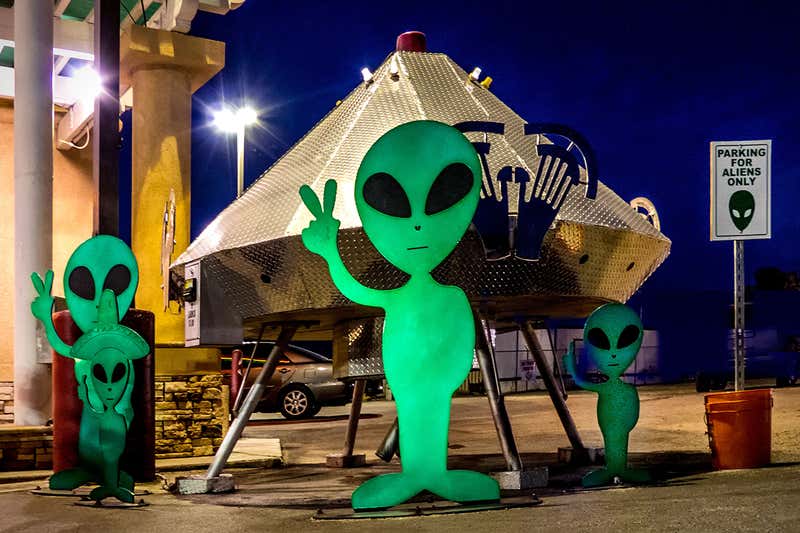 UFO sightings are on the increase -US Naval Intelligence

The Deputy Director of US Naval Intelligence Scott Bray told the  members of the US House Intelligence Committee’s subcommittee on Counterterrorism, Counterintelligence, and Counterproliferation that UFO sightings — or Unidentified Aerial Phenomona (UAPs) are becoming more and more common at military ranges. He made this admission Tuesday morning in Washington at the first congressional hearing on UFOs for 50 years.

Joined by US Undersecretary of Defense for Intelligence and Security Ronald Moultrie, who oversees the Pentagon’s Airborne Object Identification and Management Synchronization Group (AOIMSG) at the hearing. The pair told congress that sightings were more “frequent” and “continuous.” A 2021 Pentagon UFO report said it has found no evidence since the 2000s that sightings of aerial phenomena by military personnel are alien spaceships, but it cannot explain them ruling out lights or sensors for the 104 UFO encounters.

Sightings of the aerial phenomenon was put down to advanced military sensors. “It’s clear that many of the sightings are physical objects, based on the data that we have,” Mr Bray testified at Tuesday’s hearing. “Most of these sightings fall into one of five categories: airborne clutter, national atmospheric phenomena, US industry development programs, foreign adversaries, or “other.” The eventually identifiable observations have included pieces of Mylar from balloons and commercial and military drones.” Bray said.

The two civilians agreed that many of the sightings are unexplained and there has been 11 near misses with “alien” objects.  The AOIMSG now aims to raise awareness and remove the stigma of reporting UFO sightings by creating a new reporting process to acquire more data and understand the “mystery.” “When we start concerning ourselves with the safety of our personnel and bases, there is no higher priority,” Mr Moultrie said. “We believe that making UAP reporting a mission imperative will be key to our success.”

Not many on the House agreed with the Pentagon officials disclosure. Republican congressman from Tennessee Tim Burchett said Tuesday the Pentagon isn’t being transparent enough about UFO suggesting they were hiding something.

“The video that they showed, and I’m sure that gentleman, it was the best he had…. for them to show that lame video when you can find all this other that’s out there,” left him disappointed, Burchett said. “And I’ve talked to Navy pilots who were in there at the same time… and that’s the kind of people you need to have in here for testimony.”

“We just got hosed.” he added.

On his belief in aliens, Burchett replied. “I believe there’s something else out there.” Dismissing claims that the objects could be from China or Russia. “Look at Putin, that ego he’s got. I mean he would land a UFO on the White House lawn, get out bare-chested, probably ride a unicorn out and wrestle Biden then get back in it and fly back to Russia,” he said. “And I don’t believe it’s the Chinese either. Because if they did they would control us.”