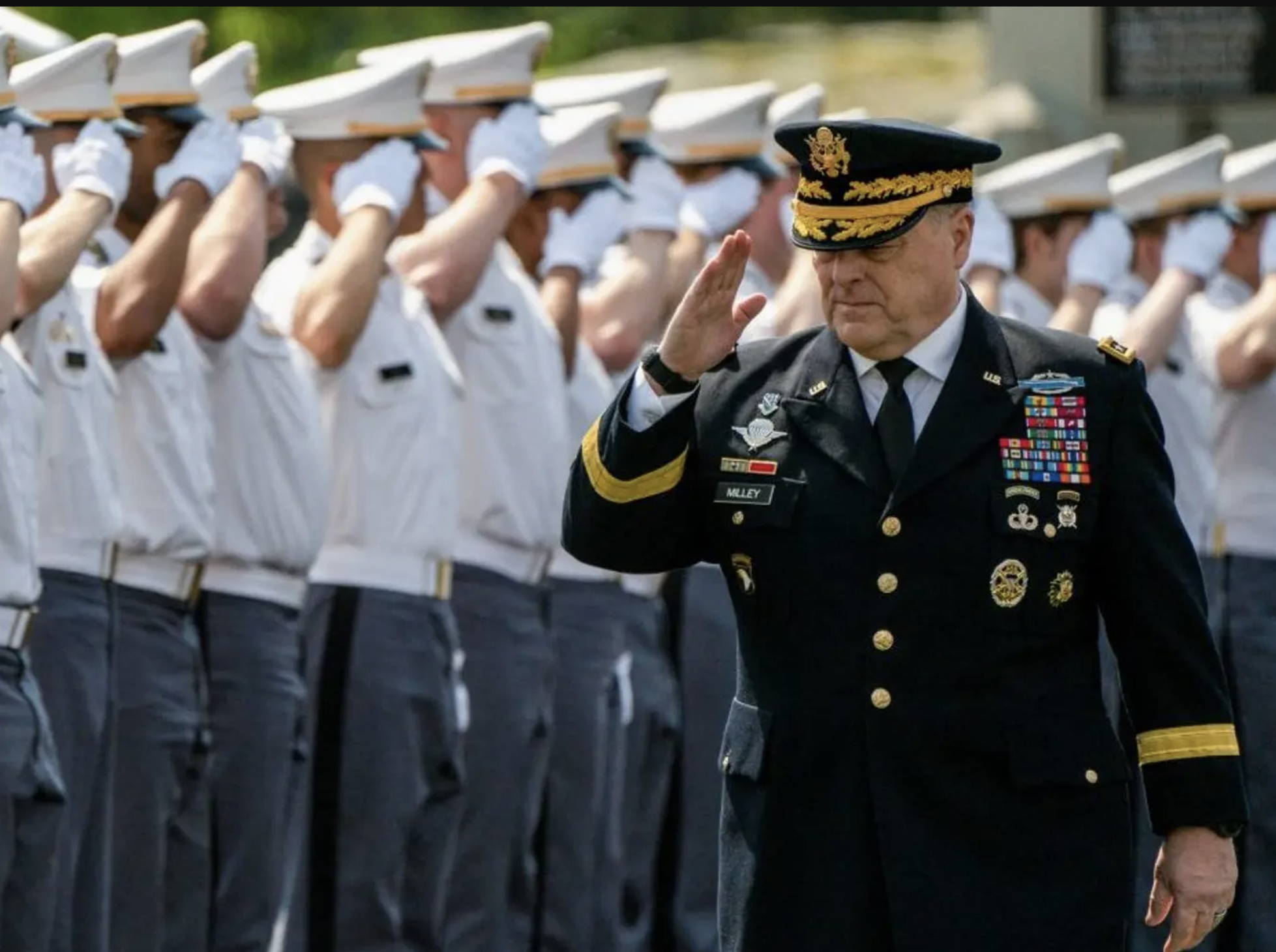 The US Chairman of the Joint Chief of Staff, Army General Mark Milley told graduating cadets at the US Military Academy at West Point New York, Saturday that they should prepare to fight big power wars and win. Be it China, Russia or terrorists.

“The potential for significant international conflict between great powers is increasing, not decreasing,” Milley said in prepared remarks. “Whatever overmatch we enjoyed militarily for the last 70 years is closing quickly, and the United States will be, in fact, we already are challenged in every domain of warfare, space, cyber, maritime, air, and of course land.”

He gave a bleak picture of the world where “great powers” were bent on changing the global order. A future where the enemy will be elusive and the fight will be in urban areas. This will require high precision long range weapons and advanced technologies.

He warned that America was no longer the sole global power after the end of the Cold War. That it is now facing technological war challenges from Russian aggression in Europe, in Asia by China’s economic and military growth as well as North Korea’s nuclear missile threats, and in the Middle East and Africa by instability from terrorists.

“The nature of warfare will evolve over the next 25 to 30 years.” he said. “The U.S. military, can’t cling to concepts and weapons of old, but must urgently modernise and develop the force and equipment that can deter or, if needed, win in a global conflict.”

The newly commissioned Army 2nd lieutenants will go into future battles with robotic tanks, ships and airplanes, and relying on artificial intelligence, synthetic fuels, 3-D manufacturing and human engineering. He also told the officers that any great power war will be costly. “Consider that 26,000 U.S. soldiers and Marines were killed in six weeks from October to November of 1918 in the Battle of the Meuse-Argonne in World War I,” said Milley. “Consider that 26,000 U.S. troops were killed in the eight weeks from the beaches of Normandy to the fall of Paris.”

“It will be your generation that will carry the burden and shoulder the responsibility to maintain the peace, to contain and to prevent the outbreak of great power war.” As if to say a great power war is on the horizon, he paraphrase a Bob Dylan’s A Hard Rain’s A-Gonna Fall.  “We can feel the light breeze in the air. We can see the storm flags fluttering in the wind. We can hear in the distance the loud clap of thunder. A hard rain is about to fall.”