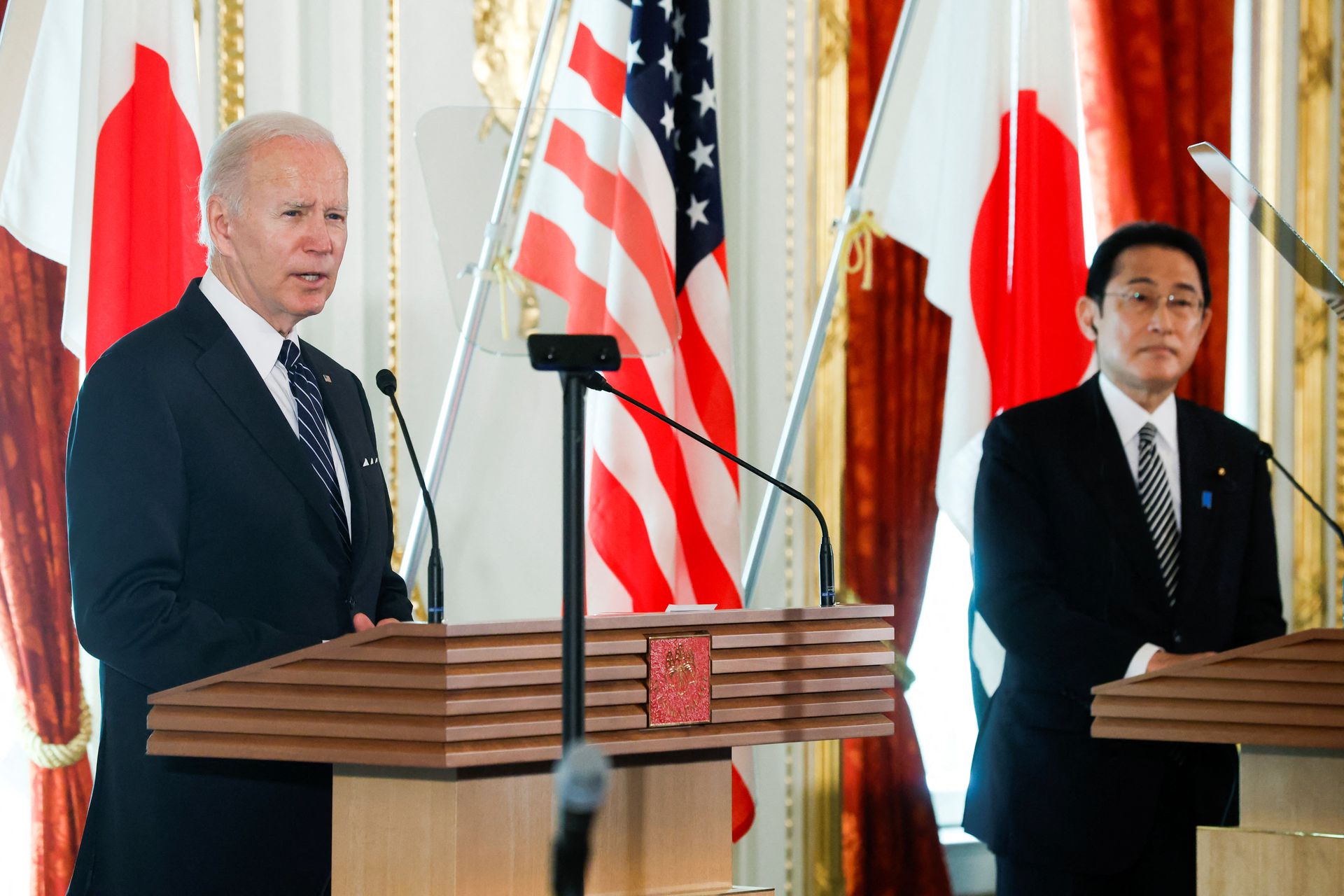 United States President Joe Biden at a press conference at the Akasaka Palace, Tokyo, said the US was willing to defend Taiwan if China invades. He made the official US policy known on Monday, this was his first Asian trip since assuming office.

Asked at a press conference with the Japanese prime minister Fumio Kishida wether the US was willing to “get involved militarily to defend Taiwan,” he replied. “Yes. That’s the commitment we made.”

Biden comments signalled the end of the long standing US commitment to “strategic ambiguity” policy long favoured by his predecessors when it came to the issue of China invading Taiwan.

Biden had previously made such remarks in October and were downplayed by White House officials who quickly corrected the statements. China sees Taiwan as a break way province known as Chinese Taipei and has plans to re-unite the break away province. The US President warned that China was “flirting with danger” and does not expect China to invade if the world stands up to Russia over its invasion of Ukraine.

“My expectation is that a lot of it depends on just how strongly the world makes clear that that kind of action is going to result in long-term disapprobation,” Biden said.

Japanese Prime Minister Fumio Kishida was less confrontational at the press conference. “Unilateral attempts to change the status quo by force, like in Ukraine, should never be tolerated in the Indo-Pacific.” Kishida said. However both the United States and Japan both believe in the peace and stability in the Taiwan Straits. In their meeting Japan welcomed the US’s support for its massive military build up not seen since the Second World War.

Chinese Foreign Ministry spokesman Wang Webin reacted immediately. “Taiwan is a Chinese territory, and Taiwan is China’s domestic issue,” Wang said. “We will allow no interference with China’s internal affairs from any country.”

Biden also unveiled the US economic engagement with 13 Asian countries excluding China. The grouping called the  Indo-Pacific Economic Framework for Prosperity (IPEF) which Biden hopes will raise environmental, labor and other standards across Asia.

“The future of the 21st Century economy is going to largely be written in the Indo-Pacific – in our region,” Biden said at the launch event in Tokyo. “We’re writing the new rules.”

The US president will later chair a meeting of the ‘Quad’ the regional grouping aimed at countering Chinese influence in the Indo-Pacific region. Member countries include the United States, Japan, India, and Australia.

FBI says the Nigerian presidential aspirant did not attend Chicago State. A purported letter written by the US legal attache...