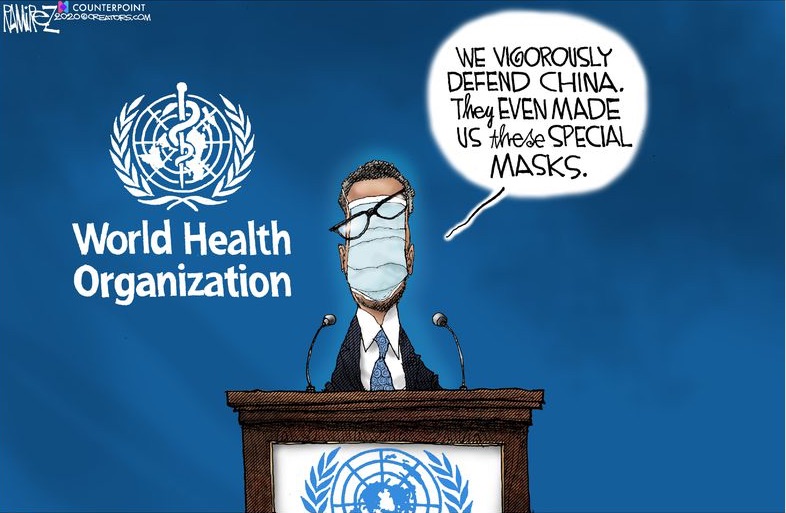 WHO meeting to prepare for the next pandemic

The World Health Organisation (WHO) in Geneva, on Monday barred the breakaway Chinese province of Taiwan from its annual assembly meeting. China one of the major players in the global health body had launched an intense diplomatic campaign among WHO member states to isolate the renegade island province.

Djibouti’s health minister who doubles as the World Health Assembly (WHA) president Ahmed Robleh Abdilleh said in a statement that a proposal sent in by 13 WHO member states to include Taiwan not as a member but just observer status was firmly rejected.

In reaction to the rejection the Taiwanese foreign ministry expressed “deep regret and dissatisfaction” at the decision.

“China’s repeated use of politics to override the public interest of global health security and harm the health and human rights of the Taiwanese people is unacceptable to the Ministry of Foreign Affairs,” it said in a statement from Taipei.

China claims to have made all the necessary arrangement for the health security of the island which it considers a breakaway province.

“The political and legal foundation for Taiwan’s participation in WHA ceases to exist,” Chinese ambassador to the United Nations Chen Xu told the assembly . “This political manipulation will only be met with opposition from all parties.”

The United States and the United Kingdom both allies of Taiwan expressed their own regret. Lloyd Pace the US envoy said Taiwan had made significant contributions to global health United States “deeply regrets” its exclusion from the assembly as an observer.

British Health Secretary Sajid Javid told the assembly. “There’s clearly no health crisis to justify not including Taiwan as an observer of the WHO.”

Analysts attest that China is fully in control of global health. All the Covid test kits and peripherals were all made in China. This year’s assembly the 75th edition will be attended by thousands of delegates from over 100 countries, China alone is sending 100 delegates. This will be the first time in two years the assembly will be meeting after the pandemic.

Key items on the agenda with implications for global health is the certain re-election of WHO’s Ethiopian Director-General Tedros Adhanom Ghebreyesus via a secret ballot on Tuesday and increased funding. Tedros in alliance with European Union (EU) states wants a Pandemic Treaty signed by 2024 that will strengthened the current International Health Regulations (IHR). The provisions of the treaty will include vaccine sharing information and a total ban on wild life markets.