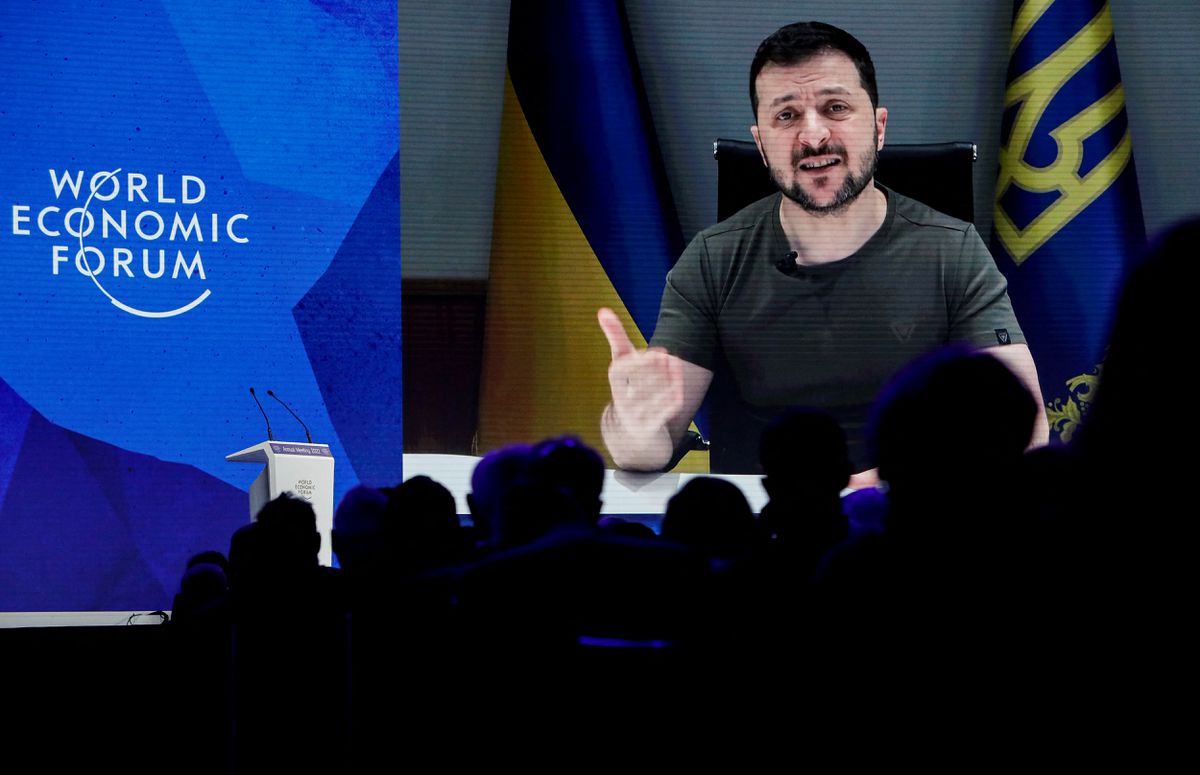 Chinese delegation walks out after speech

“History is at a turning point… This is really the moment when it is decided whether brute force will rule the world,” Zelensky said pleading.

“The sanctions should be maximum, so that Russia – and every other potential aggressor who wants to wage a brutal war against its neighbour – clearly knows the immediate consequences of their actions,” he said apparently in reference to Chinese reported plans to retake Taiwan by force.

In a diatribe to the over 2,000 delegates he demanded an oil embargo, the blockage of all Russian banks and termination of all trade. Foreign businesses should withdraw completely from Russia, and the Russian IT industry should be cut off from the West.

He was only willing to meet President Vladimir Putin in person to discuss peace and stated that retaking the Donbass and the Crimea from Russia will involve “hundreds of thousands of lives.”

According to observers it looks like Zelensky wants to bring the world economy crashing because Russian had unilaterally split Ukraine into two by armed force. After the speech CNN reported that the Chinese delegation did not stand up to applaud instead walked out of the conference room.

The four day Davos forum which started on Monday hosts more than 200 discussion sessions but China is participating in only four according to organisers. China like Russia will not have an official voice on many areas of common concern such as the Regional Comprehensive Economic Partnership, digital currency, globalisation, food security and Cold War 2.0.