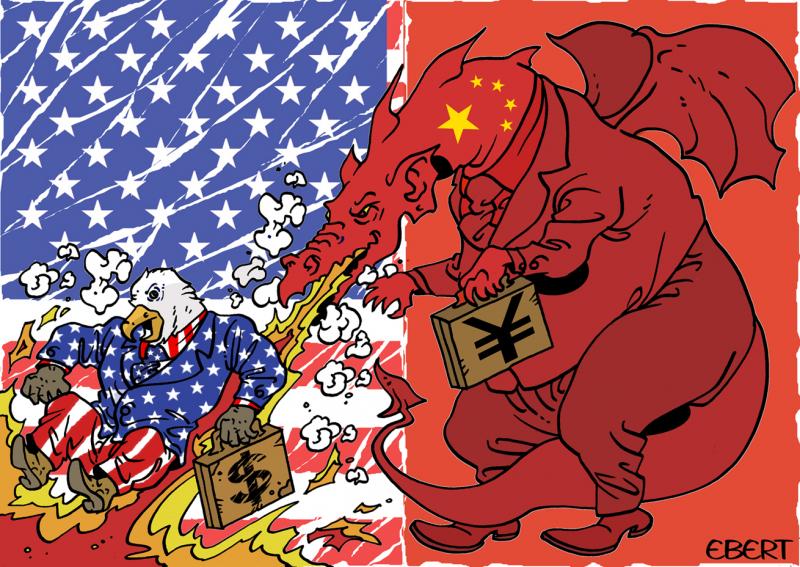 The 2020s is a decisive decade

The United States has finally unveiled its China policy 17 months after President Joe Biden assumed office. On Thursday US Secretary of State Antony Blinken in a televised speech said that China was seeking to reshape the global order with the help of Russia and bemoaned China treatment of Uighur muslims, Hong Kong dissidents, its alliance with Russia and the coming confrontation with Taiwan.

Speaking at the George Washington University in Washington hosted by the Asia Society think tank with Republican senator Mitt Romney in attendance. Blinken outlined the Biden administration’s policy towards China. “We are not looking for conflict or a new Cold War. To the contrary, we’re determined to avoid both,” Blinken said in the 45-minute speech.

Blinken went on to condemn the “without limits” relationship between China and Russia. “Just this week, as President Biden was visiting Japan, China and Russia conducted a strategic bomber patrol together in the region. Beijing’s defense of President Putin’s war to erase Ukraine’s sovereignty and secure a sphere of influence in Europe should raise alarm bells for all of us who call the Indo-Pacific region home.”

“China poses the most serious long-term challenge to the international order.” Blinken said. Then went on to point out that it was the United States that lifted China out of poverty when Nixon visited and restored diplomatic relations.

“Now, the China of today is very different from the China of 50 years ago, when President Nixon broke decades of strained relations to become the first U.S. president to visit the country. Then, China was isolated and struggling with widespread poverty and hunger. Now, China is a global power with extraordinary reach, influence, and ambition.  It’s the second largest economy, with world-class cities and public transportation networks.  It’s home to some of the world’s largest tech companies and it seeks to dominate the technologies and industries of the future.  It’s rapidly modernized its military and intends to become a top tier fighting force with global reach.  And it has announced its ambition to create a sphere of influence in the Indo-Pacific and to become the world’s leading power.”

He then said the 2020s will be a decisive decade that will determine wether we have a democratic future or an authoritarian one and that technologies will play a crucial role which the US must lead.

“We’ll reverse these trends and make historic investments in research and innovation, including in fields like artificial intelligence, biotechnology, quantum computing.  These are areas that Beijing is determined to lead – but given America’s advantages, the competition is ours to lose, not only in terms of developing new technologies but also in shaping how they’re used around the world, so that they’re rooted in democratic values, not authoritarian ones.”

To contain China the secretary of state said Biden has ordered the Pentagon to take China as its “pacing challenge” making sure the US stays ahead in the conventional, the nuclear, space, and informational domains using the American strength in economics, technology and diplomacy.

As part of the containing China efforts, the Biden administration will shift investments in 20th century combat systems towards asymmetric systems that are long range, stealthy and highly mobile and Blinken said they will help their allies and partners develop those capabilities too.

On Taiwan he reiterated the US policy of “One China” but the United States will keep supplying advanced weaponry to Taiwan in order to deter China from taking the island by force. Telling China to maintain the status quo. “We oppose any unilateral changes to the status quo from either side; we do not support Taiwan independence; and we expect cross-strait differences to be resolved by peaceful means.”

Making it clear to Americans that the Chinese people are not the problem but the Chinese authorities. “We have profound differences with the Chinese Communist Party and the Chinese Government.” He added.

In the speech littered with terms like “invest, align and compete,” Blinken said the U.S. is not seeking to “transform China’s political system.” Rather, he said, Washington will work with allies to “defend and strengthen the international law, agreements, principles and institutions that maintain peace and security, protect the rights of individuals and sovereign nations, and make it possible for all countries — including the United States and China — to coexist and cooperate.”