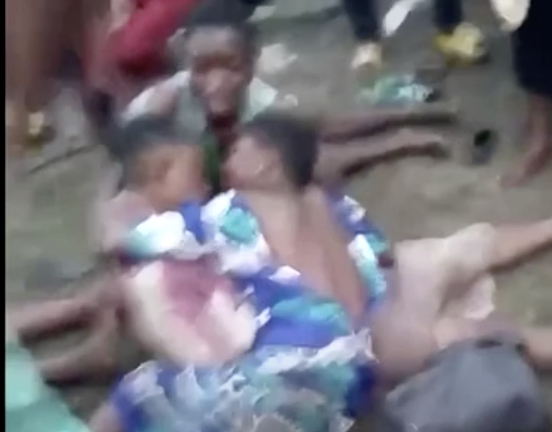 31 crushed to death at a soup kitchen event in Nigeria

The global food crisis brought on by western sanctions on Russia has taken its toll on poor Nigerians who cannot afford to eat.

On Saturday at a soup kitchen event in Port Harcourt, Rivers State, 31 people were crushed at the event organised by a pentecostal church called Kings Assembly according to a Rivers State Police Command statement.  The acting Police Public Relations Officer (PPRO) of the command, Grace Iringe-Koko, confirmed the incident to the News Agency of Nigeria (NAN) in Port Harcourt.

A sizeable crowd had gathered at the Port Harcourt Polo Club to receive gifts and food when the stampede began.

“People were there earlier and some got impatient and started rushing, which led to stampeding. The police are on the ground monitoring the situation while the investigation is on going,” said Iringe-Koko.

Among the dead was a pregnant woman and scores of children who were there to celebrate Children’s Day included seven other people who were injured.

The police has removed the corpses and deposited at the mortuary while next of kin were contacted by the police command victim support team.

The church meanwhile in a press statement lamented the unfortunate loss of life. It said it was working with the emergency services and the Military Hospital Port Harcourt to provide aid to the affected. That the unfortunate incident occurred despite safety measures in place. They crowd numbers seeking the palliatives were unanticipated which is a reflection of the global food crisis.