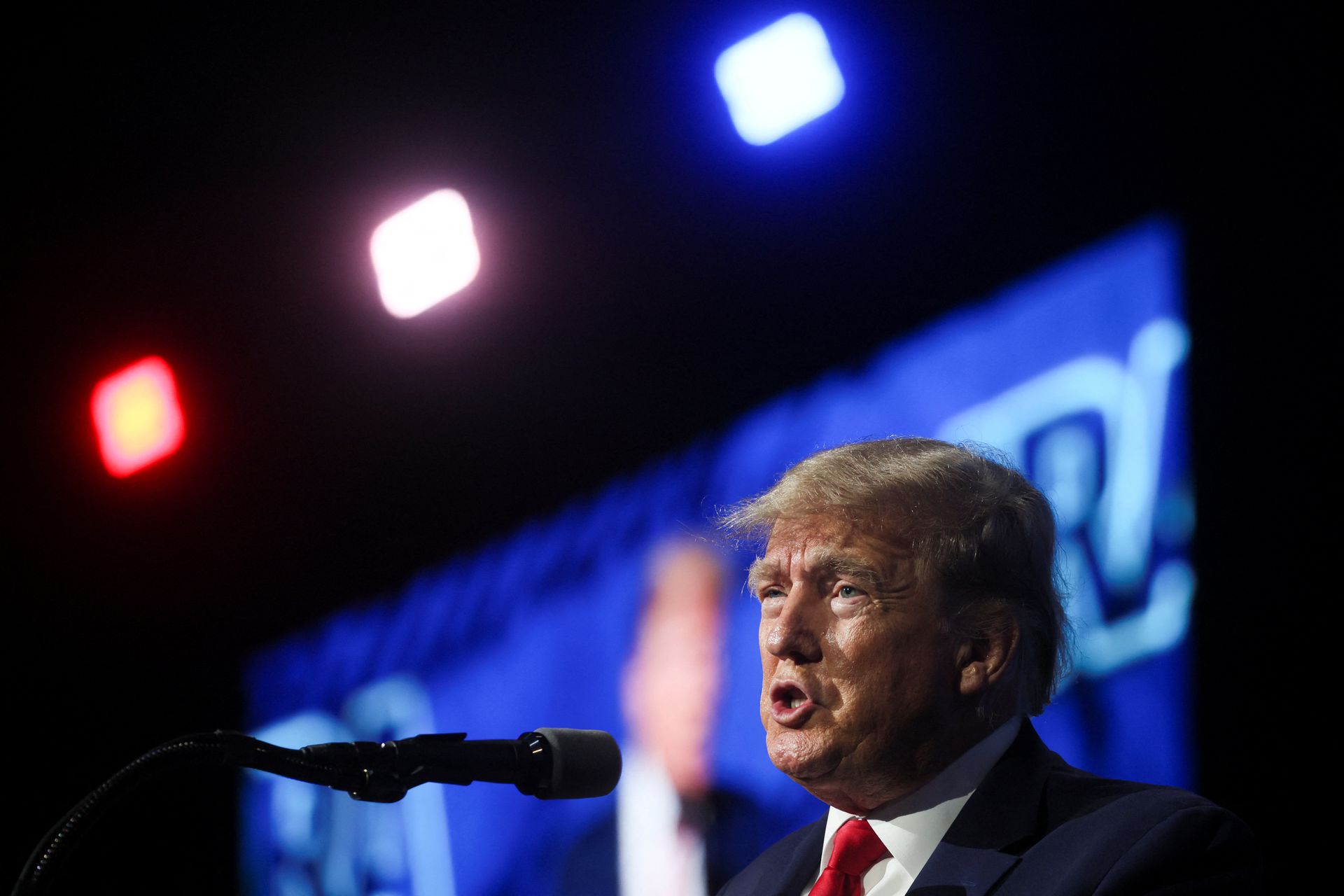 Former President Donald Trump has called for more guns to confront evil and a security overhaul in US public schools at the National Rifle Association Convention in Houston, Texas, Friday. Just a few days after 18 year old Salvador Ramos shot and killed 19 children and two teachers with an AR-15 semi automatic rifle in Uvalde, Texas.

“If the United States has $40 billion dollars to send to Ukraine, we should be able to do whatever it takes to keep our children safe at home,” Trump said in Friday’s speech. “We spent trillions in Iraq and Afghanistan and got nothing. Before we nation-build the rest of the world, we should be building safe schools for our own children in our own nation.”

“This is not a matter of money. This is a matter of will. If the United States has $40 billion to send to Ukraine, we can do this,” he said, pointing to Washington’s financial and military support for Ukraine after Russia’s invasion in February.

Trump also advocated for more aggressive monitoring from parents, teachers and the schools to spot any warning signs. “Teachers, parents, school officials, and community members need to be recognising and addressing these alarm bells promptly and aggressively,” Trump said. “Our school discipline systems, instead of making excuses and continually turning a blind eye, need to confront bad behaviour head-on and quickly.”

Rejecting calls for a repeal of the controversial Second Amendment and more stricter gun controls. He called instead for more guns.

The NRA a powerful gun rights lobby ignored liberal calls to postpone an already planned event in the wake of the shooting. In attendance were NRA Executive Vice President and CEO Wayne LaPierre and, representing Texas, Senator Ted Cruz and Governor Greg Abbot who delivered a pre-recording address.