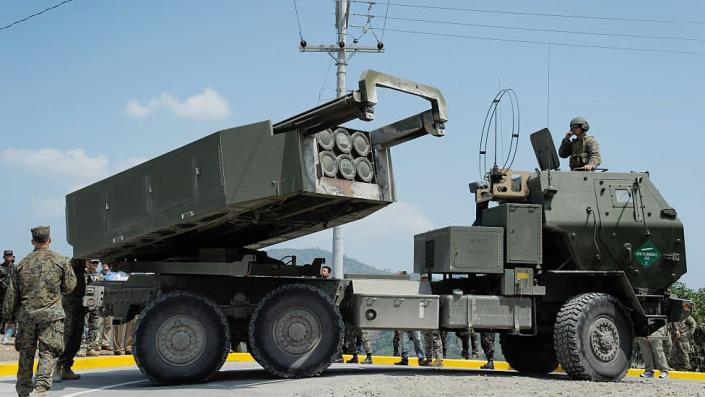 The Biden Administration change of policy comes on the heels of the fall of Severodonetsk to Russian and Luhansk Peoples Forces and the hope that the HIMARS will be able to turn the tide of war. The HIMARS has six rocket pods and the rockets the Pentagon is supplying has a short range to hit Russian command, control, communication and information centres in the Donbas. Not in Russia as this is widely viewed as an escalation. Biden said he approved the plan to supply HIMARS after assurances from the Kiev regime.

“The Ukrainians have given us assurances that they will not use these systems against targets on Russian territory,” Secretary of State Antony Blinken said at an appearance with NATO Secretary-General Jens Stoltenberg.

Russia meanwhile accused the United States of adding fuel to the fire by the decision to send HIMARS to Ukraine. “There is nothing new in that, we believe that the US is deliberately and painstakingly pouring gasoline on the fire. The US is clearly pursuing a policy to fight Russia until the last Ukrainian,” Dmitri Peskov the Kremlin spokesman said Wednesday.

Saying Russia was prepared to strike at the HIMARS systems when they are located he stressed that the Russian Ministry of Defence will be taking all necessary measures. “Our relevant agencies, including the Defense Ministry and border guards, understand all the risks, they are comprehensively evaluating them and taking the necessary measures,” Peskov said at the Kremlin briefing.

The Pentagon said the HIMARS were already in a secret location in Europe and it will take three weeks to train Ukrainian operators to use and maintain the systems before it is used against Russian forces who are close to victory in the Donbas. But a growing sense of Kiev regime’s defeat is already pervading Washington. In his op-ed piece in the New York Times published Wednesday, Biden talks about “negotiation” saying the new weapons package will help Ukraine on the battlefield “and be in the strongest possible position at the negotiating table.” While at the Pentagon, “No system is going to turn the war. This is a battle of national will … It is a grinding, hard conflict,” Colin Kahl, under secretary of defense for policy, told reporters.