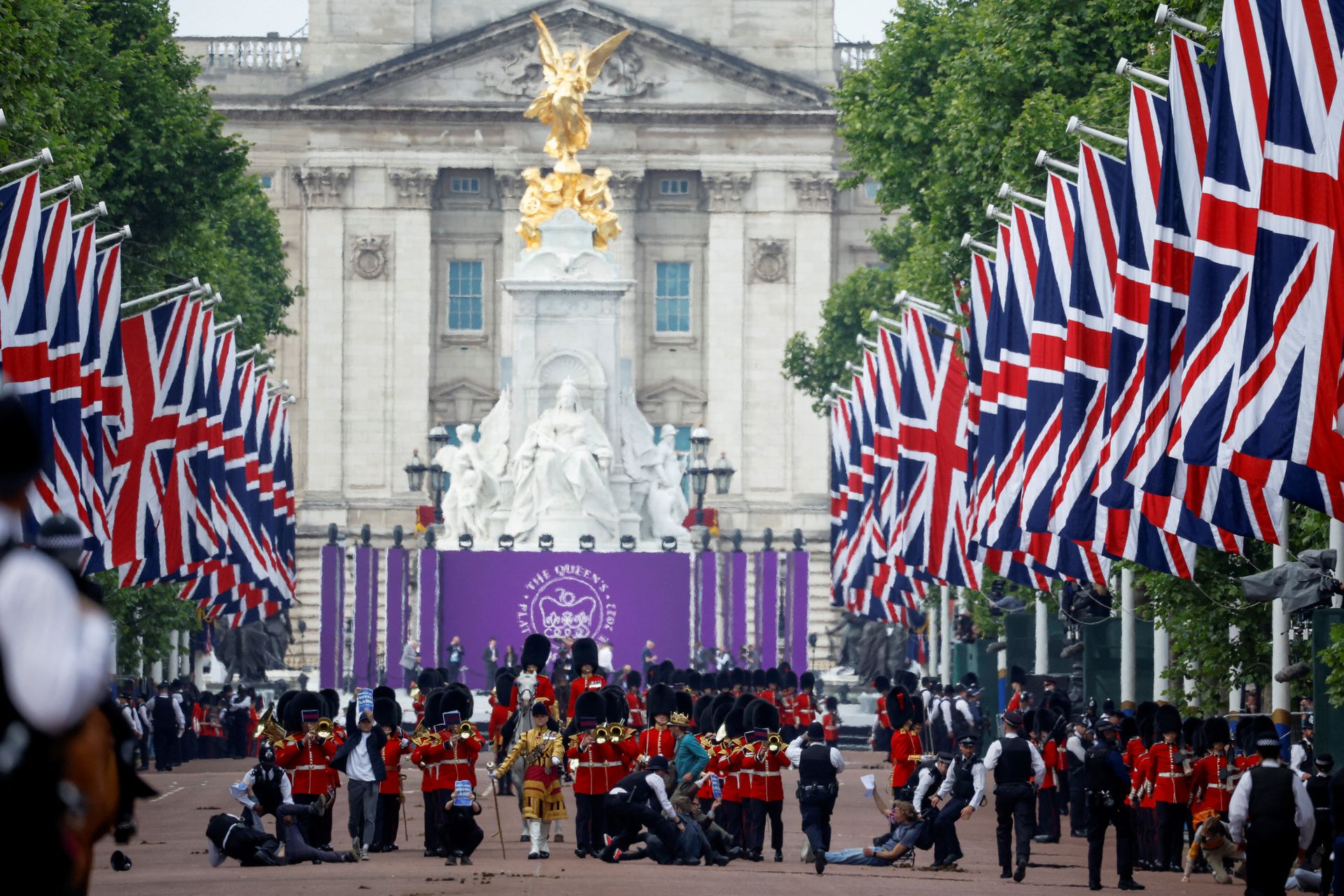 Two men who obstructed a marching band celebrating the Queen’s Platinum Jubilee in London, after jumping over barriers on the Mall have been arrested and taken into custody. The incident happened where ten of thousands of people had gathered to celebrate with the 96 year old Queen of England.

The disturbance at a military parade in London which launched the celebrations for Queen Elizabeth’s Platinum Jubilee on Thursday shocked onlookers. One of the individuals appeared to hold up a banner, before police dragged him away while the second man wore a gold crown on his head.

“A number of arrests have been made of people who attempted to enter the ceremonial route in The Mall. The arrests were public order related for highway obstruction,” Scotland Yard said on Twitter.

“Thank you to the crowd who showed their support by clapping our officers who returned to their post after dealing with the incident swiftly.”

The annual ‘Trooping the Colour’ military parade, to celebrate the queen’s official birthday, involves some 1,500 soldiers and officers. The queen used to ride on horseback during the parade until 1986. On June 13, 1981, 17 year old Simon Sarjeant fired blank shots at Queen Elizabeth as she rode. Unharmed, she managed to calm her horse and he was arrested.

Assange's wife vows to fight Julian's extradition to the US Dark day for press freedom she says Stella Assange the...

DPR to execute captured British mercenaries The Leader of the Donetsk People Republic (DPR) Denis Pushilin said Sunday in the...