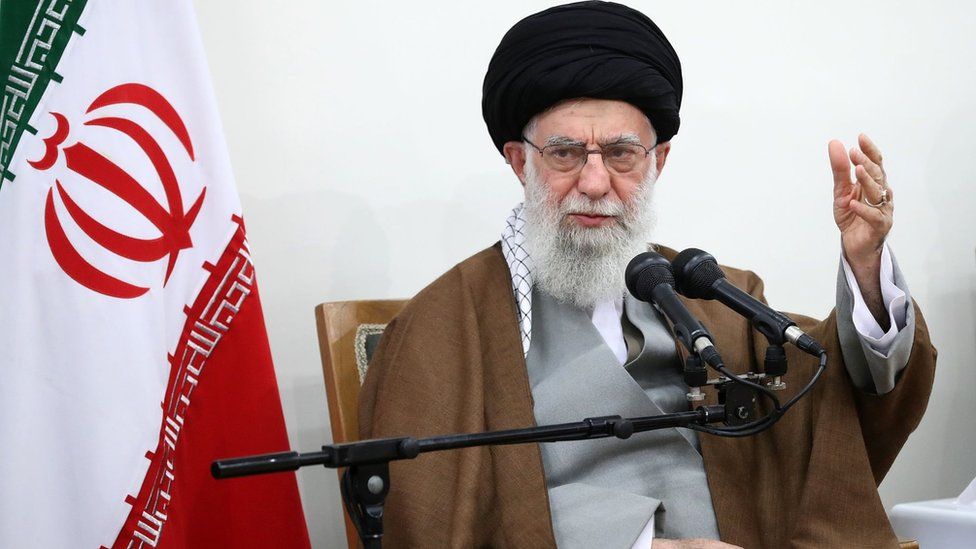 Ayatollah Ayatollah Ali Khamenei Supreme Leader of Iran called out western nations for seeking to overthrow the Islamic Republic in a televised speech Friday, on the 33rd anniversary of the death of the leader of Iran’s 1979 Islamic revolution, Ayatollah Ruhollah Khomeini.

“Today, the enemies’ most important hope for striking a blow at the country is based on popular protests,” Khamenei said, alluding to the week long protests over a building collapse that killed 37 people last month.

“They hope to turn the people against the Islamic establishment and the Islamic Republic through psychological work, activities on the internet and cyberspace … and by spending money and recruiting mercenaries.”

“But the enemies’ calculation is as wrong as many earlier ones,” Referring to the US seizure of a Russian tanker carrying Iranian oil that was seized in a Greek port on May 26. On Saturday, the Supreme Leader released a video showing Islamic Republic Revolutionary Guards (IRGC) marines seizing a Greek tanker in the strait of Hormuz on May 27 a day later after the American seizure.

“Yet the world’s media accuses Iran of piracy,” Khamenei said. “Who is the pirate here? You stole our oil. We took it back from you. Taking back a stolen good is no theft.”

The United States has condemned the seizure of two Greek tankers. “Iran’s continued harassment of vessels and interference with navigational rights and freedoms are a threat to maritime security and the global economy,” US Secretary of State Antony Blinken said in the statement.