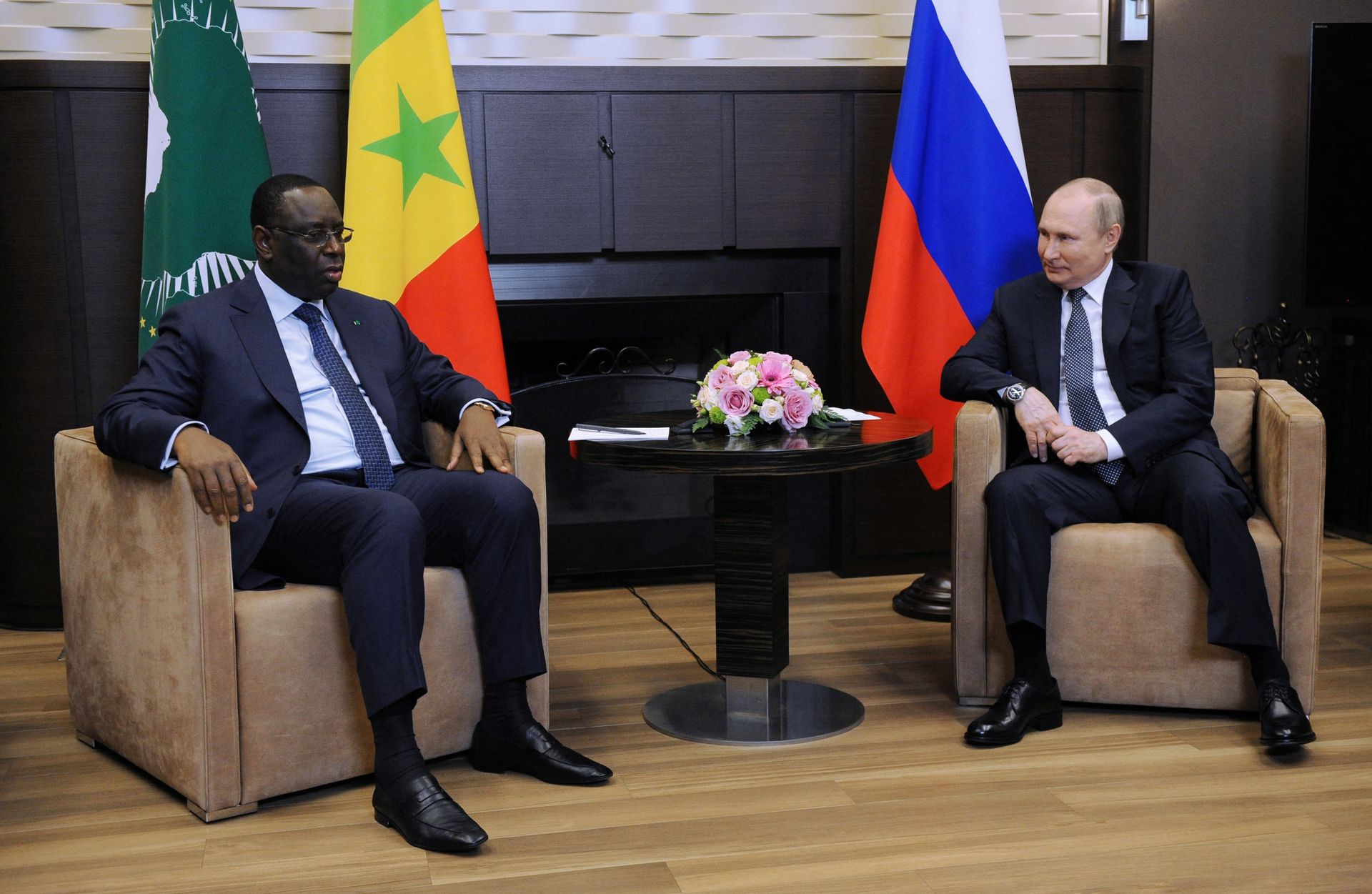 President of Senegal Macky Sall said on Friday that Russia was willing to allow the export of grains to help Africa in easing its food crisis. He made this announcement to newsmen after meeting with President Vladimir Putin of Russia at the Bocharov Ruchei state residence in Sochi.

“President #Putin has expressed to us his willingness to facilitate the export of Ukrainian cereals,” Sall wrote on Twitter after meeting Putin in his role as chairman of the African Union (AU). On the 100th day of the special military operation, the Senegalese president said Putin was willing to export Russian grains and fertilisers after talks between Russia and the African Union at the Black Sea resort.

“I have come to see you, to ask you to be aware that our countries, even far from the theatre (of war), are the victims of this economic crisis,” Sall told Putin at the meeting. Russia has said it was willing to export grains and fertilisers if sanctions were lifted and the AU chairman did not mention if there were any conditions attached to the offer.

The Russian Navy has complete control of the Black Sea but blames Ukraine for mining the Odessa port making it unsafe for foreign ships.

Putin in a Russian state TV interview Friday evening said the Odessa port was open as long as the Kiev regime clears the harbour of mines.

“Let them remove the mines, we guarantee them free passage to international waters,” he said.

Despite Western accusations that Russia was weaponising global food supplies, the Kremlin has pushed back strongly against the accusation. Deputy Chairman of Russia’s Security Council Dmitry Medvedev told Al Jazeera “The food situation on the planet started to worsen about five or seven years ago,” he explained. “This was due to many reasons – macroeconomic miscalculations, bad harvests, droughts, climate changes, decisions made by some governments that sometimes were not quite right. This was when it all began.”

“In order to improve food security worldwide, to optimize the food situation, we need to renounce mutual sanctions, and prices will start to decline.”

African countries have seen unprecedented rise in prices of grains, cooking oils, fuel and fertilisers since the Western imposition of sanctions.