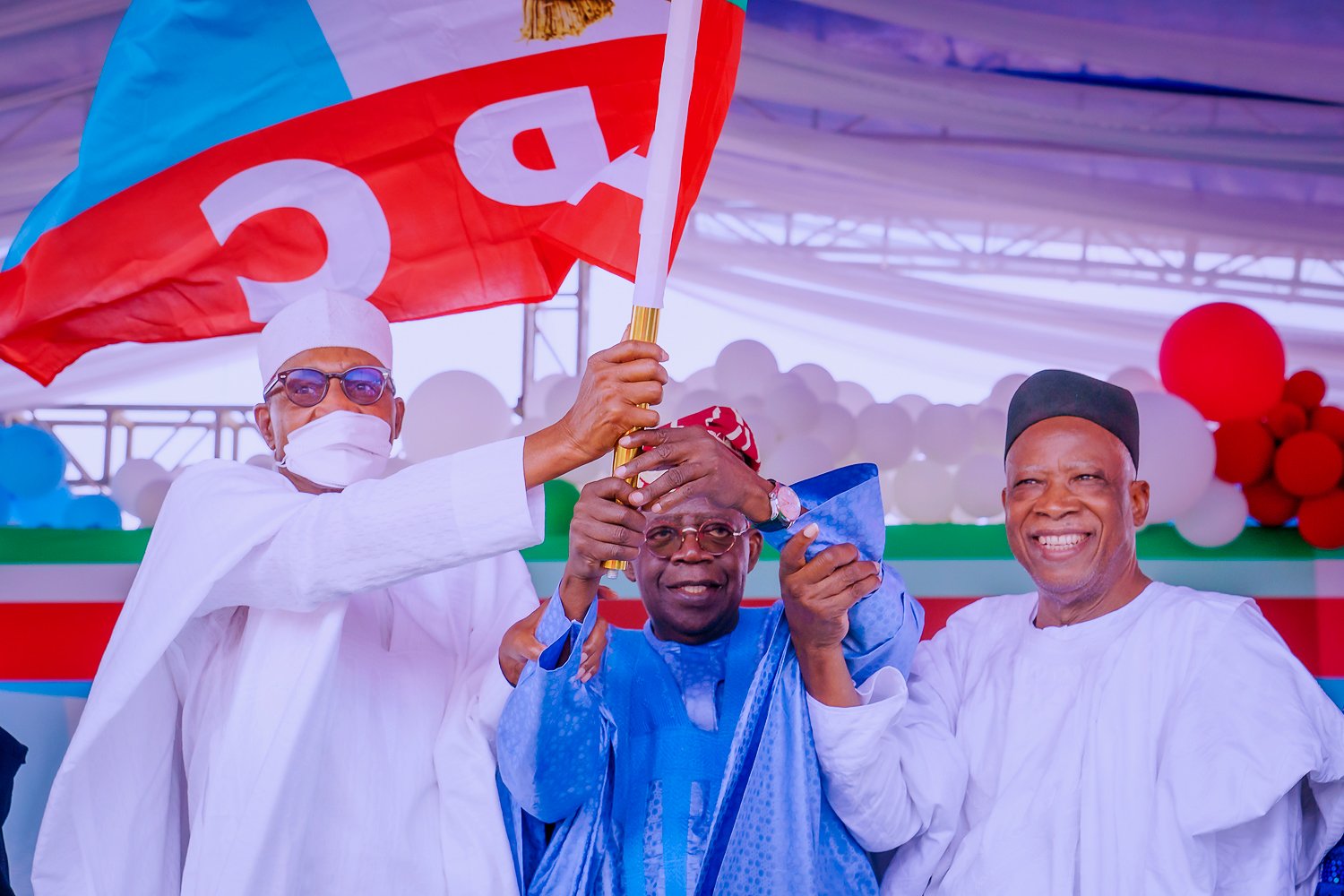 Trepidation has taken over Nigeria after the victory of former Governor of Lagos State Bola Ahmed Tinubu in the All Progressives Congress(APC) presidential primaries held at the Eagle Square, Abuja the federal capital, Wednesday.

Tinubu, 70, won 1,271 votes of the ballots cast by 2,300 party delegates at the primaries held on Tuesday and Wednesday in Abuja. Popularly known as either “Jagaban of Borgu Kingdom” or “Asiwaju of Yorubaland” he is hoping on his political acumen to succeed the outgoing APC President Muhammadu Buhari when Nigeria holds its presidential elections next year. Seven candidates in the race stood down at the last minute to give their support to Tinubu in the primaries.

Rotimi Amaechi, a former minister of transportation from the south south got 316 votes was in second place. The shocking part was the loss of the Vice President Osinbajo who came a dismal third place with just 235 votes. The Vice President was a former protege and political associate of Tinubu. Their public break up over their respective presidential ambitions has created factions in the APC and the South west the region they both hail from.

“I hereby declare Asiwaju Bola Ahmed Tinubu as presidential candidate of our party in the forthcoming 2023 election,” Kebbi State Governor Atiku Bagudu, the returning officer for the election, said after the count.

Tinubu who is accused of a shadowy past and lying under oath on his Independent National Electoral Commission governorship forms for the 1999 elections and on an affidavit that he attended the University of Chicago which he did not attend has given the usual tiresome promises after his primary victory.

“I must say a special word of thanks to the seven aspirants who chose to step down their personal ambitions for the good of the party and the unity of our purpose. The competition is now over, those who did not support me, you have nothing to fear. I hold no grudges or grievances. Let us each agree to join hands in defeating the Peoples Democratic Party (PDP) and beating back our common foes of poverty, terror and violence. We now have a date with destiny in February 2023, let us win so Nigeria can become the nation it is intended to be,” Tinubu said.

Nigerians on social media shocked by the loss of Osinbajo who is 65 years old to a much older Tinubu have now declared their support for Peter Obi, 60, the former Governor of Anambra state who is on the Labour Party presidential ticket rather than vote for former Vice President Abubakar Atiku, 75, of the opposition PDP, a former customs officer involved in the smuggling of foreign currency at the Muritala Muhammed International Airport in the mid 1980s known as the “53 suitcases saga” and accused by the Economic and Financial Crimes Commission (EFCC) of embezzling $125 million dollars from the state treasury.

On the Tinubu, Atiku and Obi’s campaign trails, security will be a top issue. Just last Sunday gunmen killed 50 Christians in a church and the army is grappling with banditry, an insurgency in the north east and south east parts, a battered economy reeling from the coronavirus pandemic and the war in Ukraine will be a herculean task for anybody who wins on February 25 2023. As World Bank projects half of the country’s population numbering 96 million will be become poorer this year.