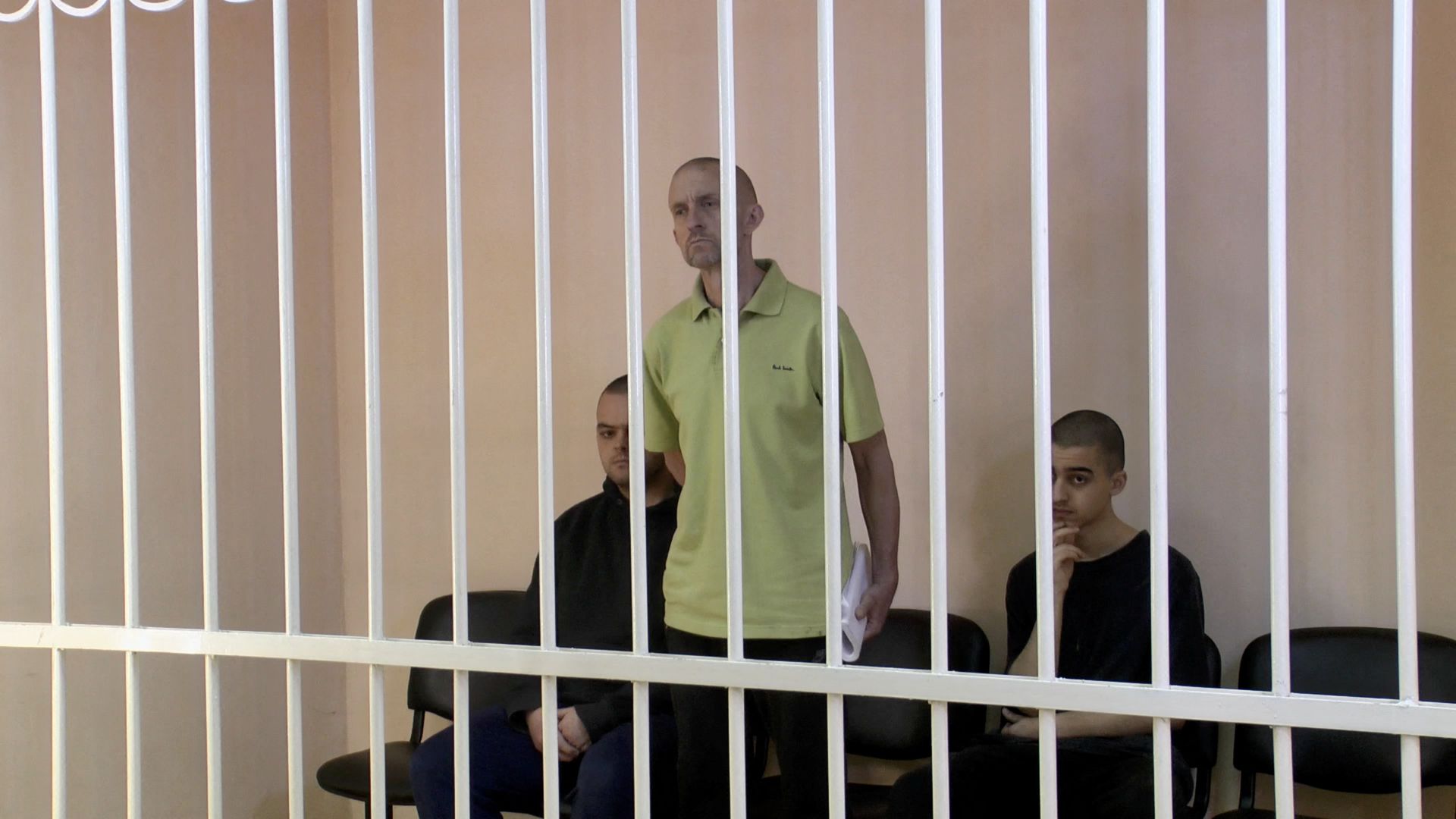 Two British citizens and one Moroccan who were captured during Russia’s special military operation in the Donetsk People Republic (DPR)could face the death penalty after pleading guilty in the DPR Supreme Court.  They are charged according to the DPR Prosecutor office with “crime committed in a group”, “forced seizure of power or forced holding of power,” and “mercenarism.”

In a video released by the Russian news agency RIA, Britons Aiden Aslin, Shaun Pinner and Moroccan Brahim Saadoun were shown in a courtroom cage with white bars. Pinner and Saadoun had pleaded guilty to actions aimed at the violent seizure of power, while Aslin pleading guilty to a lesser charge involving weapons and explosives. Prosecutors told RIA that the three charges amount to the death penalty.

The British Foreign Office is in talks with Kiev about the situation but likely to get no help from the Ukrainians as the British pair were captured while fighting DPR and Russian forces.

“They are entitled to combatant immunity and should not be prosecuted for participation in hostilities,” said a spokesperson late on Wednesday. At the start of the Russian operation, Moscow had warned that captured foreign mercenaries will not be given Prisoner of War status but rather treated as war criminals.

The Moroccan foreign ministry offered no comment on the fate of Saadoun.

“We are already working closely with Ukrainian authorities to stress the need to treat any prisoners of war particularly of course British prisoners of war in accordance with international law which includes not exploiting them for political purposes and the combatant immunity that they are entitled to in under Geneva convention. We are already making these representations and will continue to do so,” Boris Johnson’ s spokeswoman said late Wednesday evening in response to a media question.

Kremlin spokesman Dmitri Peskov speaking on Wednesday said that the British have not appealed to the DPR authorities and doing so “recognizes the sovereignty of the Donetsk People’s Republic and the legitimacy of its investigative and judicial authorities.”

FBI says the Nigerian presidential aspirant did not attend Chicago State. A purported letter written by the US legal attache...