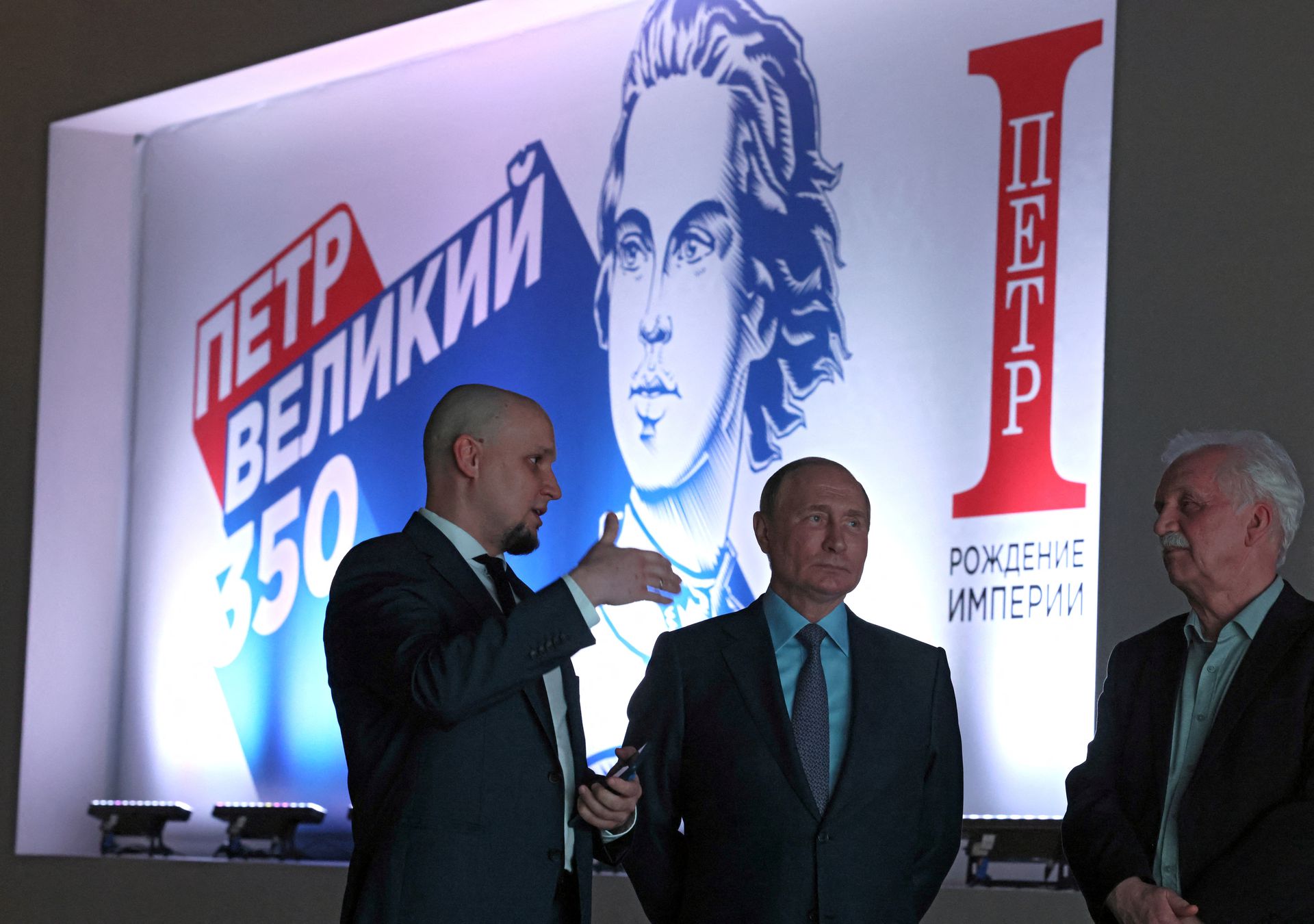 Russia celebrates the 350th birthday of one of its greatest rulers.

The Kremlin has said that the special military operation it was conducting in the Donbass will continue until all tasks are completed. This was revealed to the press at a Kremlin briefing on Thursday.

He did not comment on wether this will be achieved under the current Kiev regime or under a new dispensation.

Putin meanwhile continued to give the rationale for why the special military operation began. On Thursday at a meeting with young entrepreneurs he said there was no middle ground between an independent state and a colony.

“The world is changing, and it’s changing rapidly. In order to claim some kind of leadership, particularly global leadership, any country, any nation, any ethnic group needs to ensure its sovereignty,” he pointed out that the West was propping up Ukraine to launch an attack on the Russian people. Hence certain sovereign decisions have to be taken.

“If a country or a group of countries is unable to make sovereign decisions, it means that it already is a colony to a certain extent and colonies historically have no future and stand no chance of surviving a tough geopolitical fight,” he added.

The Russian President later attended an exhibition in Moscow celebrating the 350th birthday of one of Russia’ s greatest rulers its first emperor Tsar Peter the Great.

“Peter the Great waged the Great Northern War for 21 years. It would seem that he was at war with Sweden, he took something from them. He did not take anything from them, he returned (what was Russia’s),” he said in televised comments.

Comparing the task of Peter the Great with the task Russia is facing now, he elaborated. “Apparently, it also fell to us to return (what is Russia’s) and strengthen (the country). And if we proceed from the fact that these basic values form the basis of our existence, we will certainly succeed in solving the tasks that we face.”

Analysts were quick to point out that Russia has resolved to achieve its operational aims no matter the cost. Fresh troops and army equipment are heading daily to Donbass to fight an almost weary Ukrainian force that has not had any rest or recreation after 106 days of heavy fighting. Russia meanwhile is rotating its troops and equipment at will.

Also on Thursday, the Russian Ministry of Defence announced that Russian airstrikes destroyed another western facility where foreign mercenaries were being trained. “High–precision air-based missile strike near Novograd-Volynskyi, Zhytomir Region, has destroyed 1 AFU training centre where foreign mercenaries were being retrained and coordinated.” Lieutenant-General Igor Konashenkov the RuMOD spokesman said.