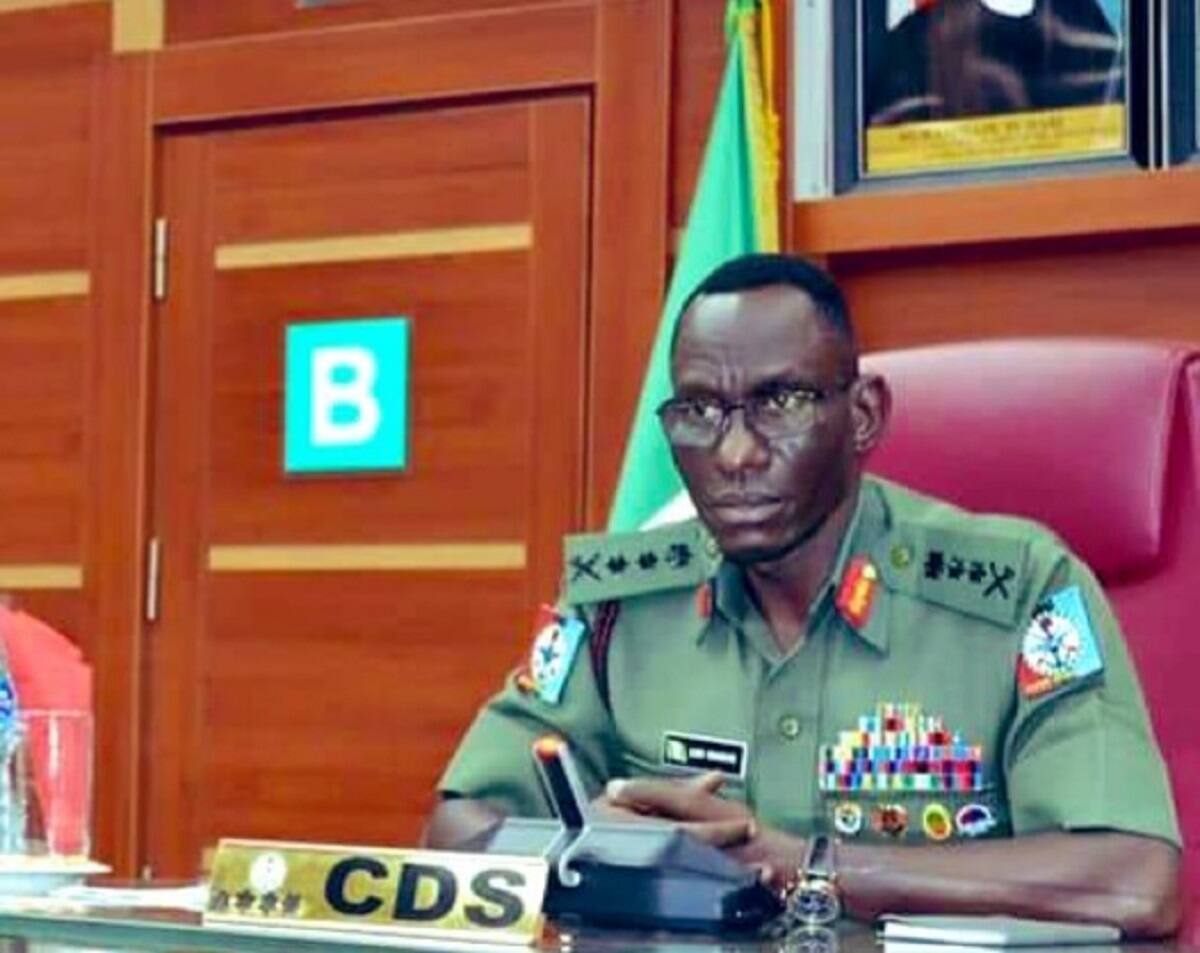 The Nigerian Chief of Defence Staff (CDS) General Leo Irabor on Thursday warned politicians and their supporters not to “set Nigeria on fire with their utterances and actions”.

He gave the warning while speaking at the Defence Headquarters (DHQ) bi weekly press briefing in Abuja. Irabor, who joined the Director, Defence Media Operations, Major General Benard Onyeuko’s briefing on current military operations in the Nigerian theatre, said that those aspiring to political offices ahead of the 2023 General Election should conduct themselves with honour and avoid violence that could disintegrate the nation.

“If we don’t have a country, then, there will be no appointive positions to aspire for. So, the most important thing regarding this election that is coming, is that we must be men and women that conduct ourselves peacefully, and I need you, members of the press to drive this message to everyone.” he said.

The CDS pleaded for peace. “Nigeria remains a nation that must live in peace, desire to live in peace, and Nigerians deserve to live in peace. And so, we will not allow criminals amongst those or if it is like thugs that might have made themselves available for anyone to use, we will not allow it.” he continued. ”We’re working very closely with the police and we stand ready to give them all the support that is necessary, because going forward, Nigeria must be peaceful that’s what we’re looking forward to”. Irabor added.

He also said any body caught engaging in political violence will face the full wrath of the law. Turning his attention to the Nigerian press he thanked them for spreading the message of peaceful co-existence.

”We’re working very closely with the police and we stand ready to give them all the support that is necessary, because going forward, Nigeria must be peaceful that’s what we’re looking forward to”. he stressed.

Calling on Nigerians to be patriotic he asked Nigerians to provide “actionable information” about criminal activities to law enforcement agencies and learn to trust the armed forces.

The four star general was however tight lipped on the number of rogue military personnel facing court martial for kidnapping, murder, banditry and terrorism which he said is jeopardising military operations.

General Irabor updated the nation on the progress so far in apprehending the gunmen who massacred over 50 people in a Catholic church on Pentecost Sunday.

“Efforts are in top gear to arrest perpetrators of the dastardly acts and bring them to Justice.”