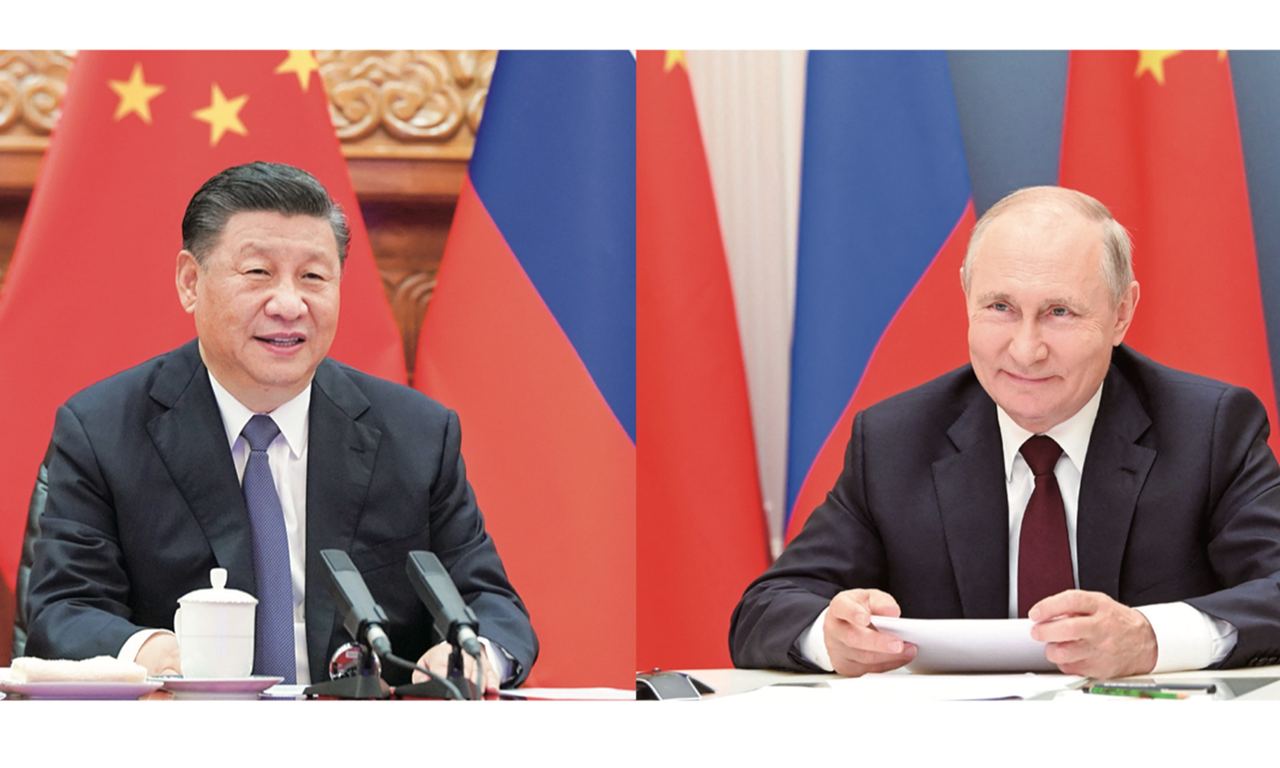 Russia to back China over Taiwan

President Vladimir Putin of Russia had a telephone conversation on Wednesday with his Chinese counterpart Xi Jinping where a wide range of bilateral issues were discussed. Both leaders reaffirmed the co-operation between China and Russia.

“The leaders stated that Russian-Chinese relations have reached an unprecedentedly high level and are constantly cultivated,” the Kremlin said.

“Since the beginning of this year, bilateral relations have maintained a sound development momentum in the face of global turbulence and transformations.” Xi noted.

The Chinese leader praised the opening of the Heihe-Blagoveshchensk cross-border highway bridge which connects the two countries. “The Chinese side stands ready to work with the Russian side to push for steady and long-term development of practical bilateral cooperation,” Xi said.

On the Ukraine issue. China said it was willing to help solve the crisis. “All parties concerned must take a responsible stance, thus promoting the correct settlement of the crisis in Ukraine, taking into account the facts and historical realities.” Xi stressed. The two leaders discussed deepening of ties both economic and military and strengthening organisations like the United Nations, BRICS and the Shanghai Cooperation Organisation. While promoting solidarity and cooperation among emerging market countries and developing nations, and pushing for the development of the “international order and global governance towards a more just and reasonable direction.”

President Putin congratulated China on its “remarkable development” under Xi’s leadership. He voiced support for China in all areas especially the Global Security Initiative proposed by Xi.”Russia opposes any force to interfere with China’s internal affairs using so-called issues regarding Xinjiang, Hong Kong and Taiwan, among others, as an excuse.” Putin said.

“We actively contribute to preserving peace on the global scale. Likewise, we contribute to maintaining a stable economic order in the world,” a joint declaration read. The Kremlin noted the “traditionally warm and friendly atmosphere” in which the conversation took place.

The last time the two leaders spoke was on February 25, a day after Russia launched its special military operation in Ukraine.