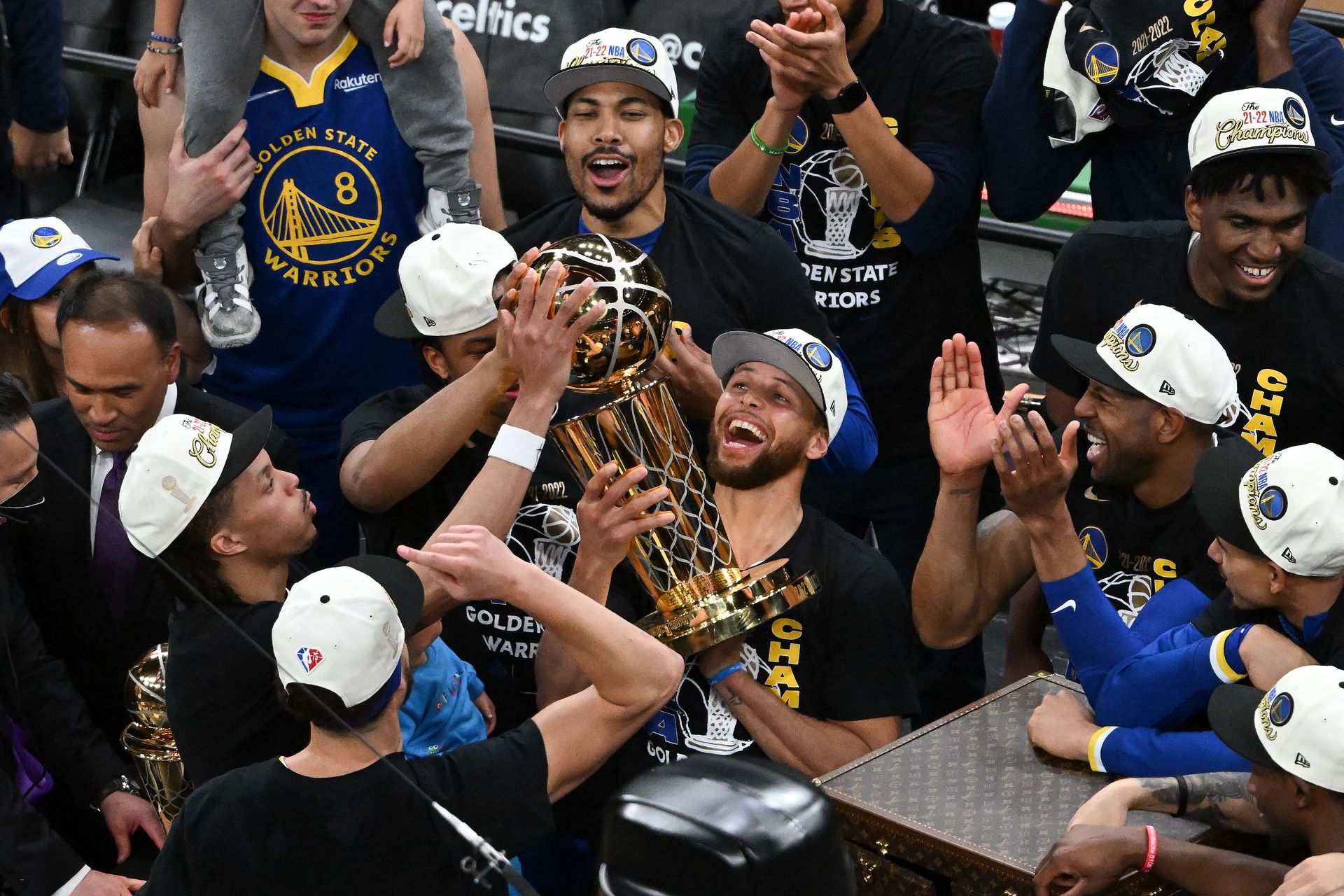 The Boston Celtics led by Jaylen Brown posted 34 points while Jayson Tatum who choked on the biggest night of his career managed only 13 points on 18 field goal shots. A disappointing end for the NBA All Star. Veteran center Al Horford tried carrying the team on his back scoring 12 of his 19 points in the third quarter giving Boston a glimmer of hope but it was not enough to escape the jaws of defeat as they could not rebound enough under relentless defence from the Warriors.

“I’m so proud of our group… at the beginning of the season nobody thought we would be here except everybody on this court”. an emotional Steph Curry said after collecting the MVP trophy.

The Warriors had been through a lot over the past few seasons. The Golden State Warriors are famous for blowing a 3–1 series lead to the Cleveland Cavaliers in the 2016 NBA Finals. They won in 2017 and became a dynasty with a back to back NBA championship in 2018. But the last two years the team was riddled with injuries before coming back in 2022, defeating the Nuggets, Grizzlies and Mavericks before beating the Celtics to claim the Larry O’Brien trophy

“We were so far away from it,” Curry said.

“We hit rock bottom with injuries and the long road of work ahead and trying to fill in the right pieces and the right guys. You can’t ever take this for granted because you never know when you’re going to get back here.” he added.

The Celtics tried coming back to force a Game 7 but were not helped by their 23 turnovers which led to Warriors scoring 20 points in transition.

“The future is bright and we’re just getting started,” Ime Udoka the Celtics rookie coach said at the end.