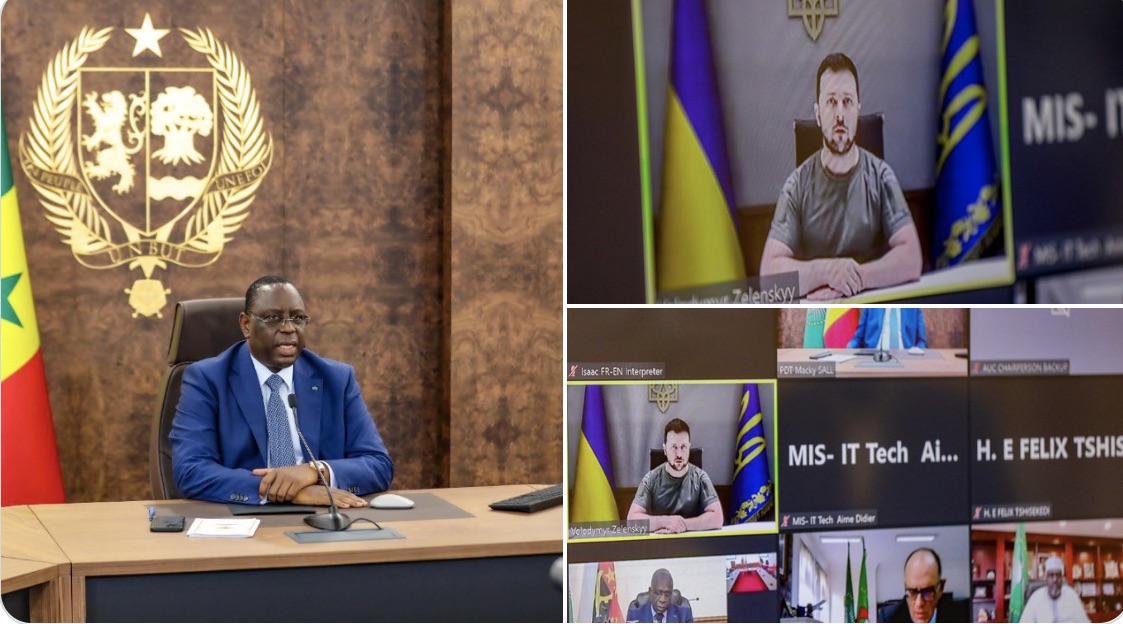 Ukraine has nothing to offer Africa, analysts say

After waiting for 10 weeks to address the African Union (AU) from beleaguered Kiev, the Ukrainian President Volodymyr Zelensky finally addressed the African Union with only 4 heads of state present on Monday. Present at the virtual address were the AU chairman and Senegalese President, Macky Sali, Alassane Ouattara of Ivory Coast, Mohammed el-Menfi of the Libyan Council and Denis Nguesso of the Congo. The remaining African leaders sent representatives even though Zelensky had sent out personal invitations to the 55 African heads of state.

In a rambling address to the AU he blamed Russia for the food crisis in Africa. “Africa is actually a hostage of those who unleashed war against our state,” said Zelensky.

“This war may seem very distant to you and your countries, but the food prices that are catastrophically rising have already brought the war to the homes of millions of African families,” he said.

Since February 24, the Russian Navy had blockaded the Black Sea to prevent weapon supplies from going in but on the matter of Ukrainian exports like wheat, Moscow blames Ukraine for mining the port of Odessa.

At the end of the virtual address, Moussa Fakit Mahamat, chairperson of the African Union Commission, tweeted that the African Union “reiterates its position of the urgent need for dialogue to end the conflict [in Ukraine] to allow peace to return to the region and to restore global stability.”

The AU chairman Sali thanked Zelensky on Twitter stating. “Africa remains committed to respect for the rules of international law, the peaceful resolution of conflicts and freedom of trade.”

Earlier in the year in a meeting with the AU chairman Sali at the Black Sea resort of Sochi, Putin said he was ready to facilitate the export of grain from Ukrainian ports in coordination with Turkey.

Analysts say Ukraine will get no support whatsoever from the AU because China had made it clear that it will only support the AU if it pushes back against western interference in the conflict. Which is clearly reflected in the response from the AU after the virtual meeting and lack of attendance by African heads of state.

Hassan Khannenje, director of the Horn International Institute for Strategic Studies told the Voice of America. “Because remember, there’s a question of Taiwan, which of course, the West supports Taiwan,” he said. “And so, in an event of a conflict, if you’re going to side with Ukraine today, it’s going to send a message — that in situations of conflict with Taiwan you’re going to take the side of the West – [for] which China might decide to turn off the taps of investment for you, because you’re not a reliable partner.”