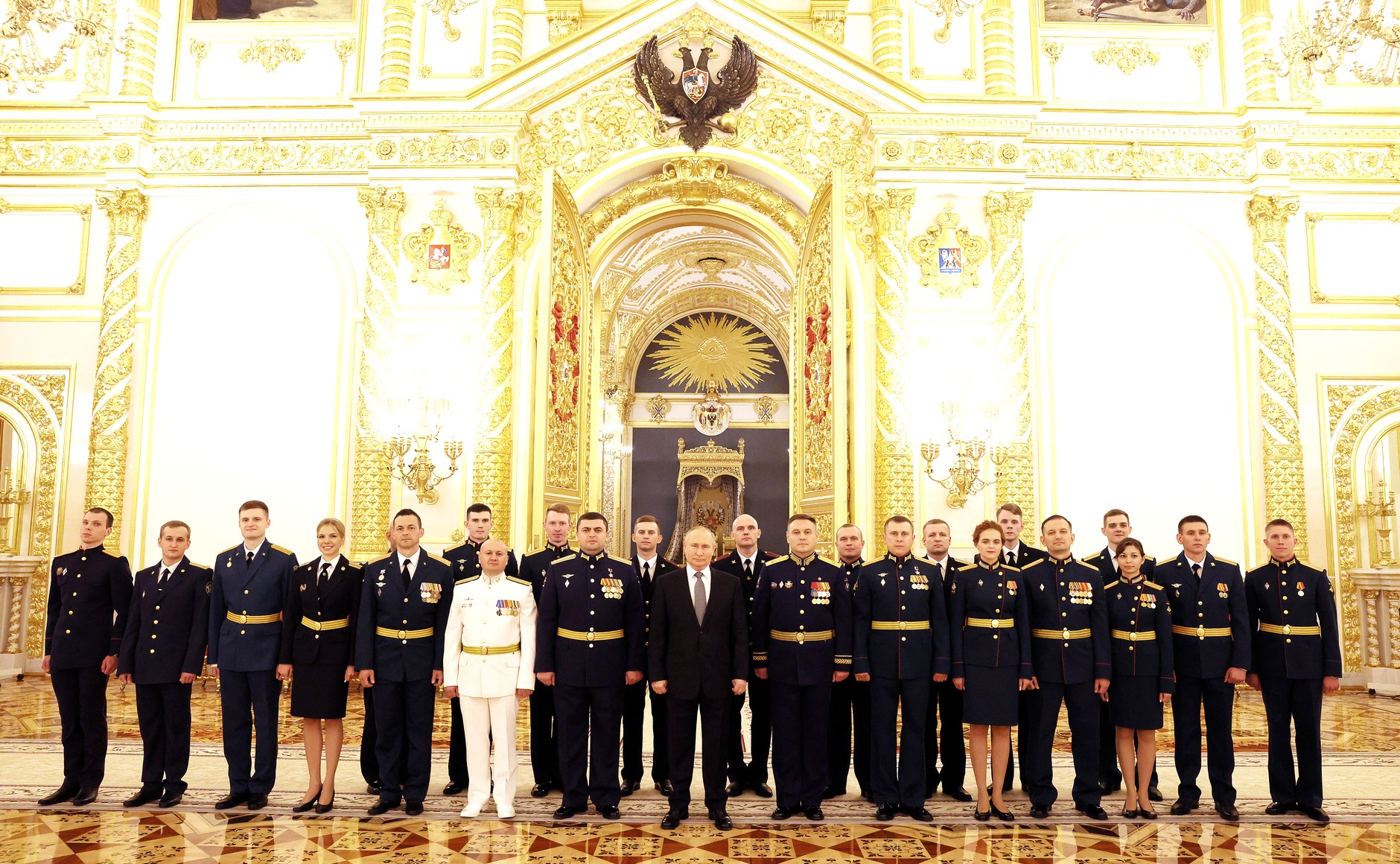 In a speech to graduates of Russian military institutions at the Kremlin’s St George Hall, Tuesday. President Vladimir Putin outlined in a speech that Russian armed forces have the advanced S-500 air defence systems and the Satan 2 nuclear intercontinental ballistic missile (ICBM) will be operational by the end of the year.

Addressing the graduates of the military schools of the Defence Ministry, the Emergencies Ministry, the Federal Security Service, the Federal Guard Service and the National Guard, as well as higher education institutions of the Interior Ministry and the Federal Penitentiary Service as “comrade officers” and “friends”. He laid out their responsibilities to the “motherland.”

“Today’s officers and soldiers protect Donbass from neo-Nazis, fight for peace and security for our people, for Russia’s right to sovereign development. We are proud of that, during the special military operation, our fighters act bravely, professionally, like real heroes. Russian fighters of various nationalities fight side by side,” he said.

He promised the graduates that the Russian armed forces will continue to have cutting edge technology. Among Russia’s priorities will be equipping the nation’s military with new weapons, like the S-500 air and missile defense systems that are already being commissioned, We have carried out a successful trial of the Sarmat heavy ICBM. We expect the first such system to be commissioned before the end of this year,” he noted.

“The military will have to widen the use of robotics, the latest means of command and reconnaissance, and drones, and actively develop weapons based on new physical principles including laser, electromagnetic and other types of weapons.” The Russian President said.

The S-500 Prometheus a next-generation surface-to-air missile system with a range of 600 kilometers (370 miles). It is a universal high-altitude interception system with an increased anti-missile defense capability designed for intercepting and destroying intercontinental ballistic missiles, hypersonic cruise missiles and stealth aircraft like the US F-22 Raptor. It is currently deployed with Russian Aerospace Forces’ 15th Special Forces Army to cover Moscow and the country’s Central Industrial Region.

The Sarmat ICBM known in the west as Satan 2  is capable of carrying 10 or more nuclear warheads and decoys capable of destroying an area the size of the UK or Texas. “We can hit with a Sarmat from Siberia, and even reach the UK,” he said. “And if we strike from Kaliningrad … the hypersonic’s reaching time is 200 seconds – so go ahead, guys. On the Finnish border we will have not strategic weapons, but Kinzhal-class, one that will reach Finland in 20 seconds, or even 10 seconds.”  Aleksey Zhuravlyov, 59, the deputy chairman of the Russian parliament’s defence committee boasted last month.

The Russian President also talked about the western sanctions and brushing them aside. “The state is undergoing another set of trials. Yes, there are restrictions, and they are indeed being overcome in various ways, but they are being tackled and will be overcome,” Putin assured the officers.

Russian Defence Minister General Sergei Shiogu also commented on the contributions of Russian armed forces to global peace and stability. “They are participating in the special military operation to liberate the Donbass republics, fighting against international terrorists in the Syrian Arab Republic, conducting peacekeeping missions in Nagorno-Karabakh and Transnistria, and acting as the guarantors of peace in Abkhazia and South Ossetia,” he said while stressing that “the country’s leadership may rest assured that army officers will make every possible effort to ensure the country’s military security, and combat new threats and challenges.”