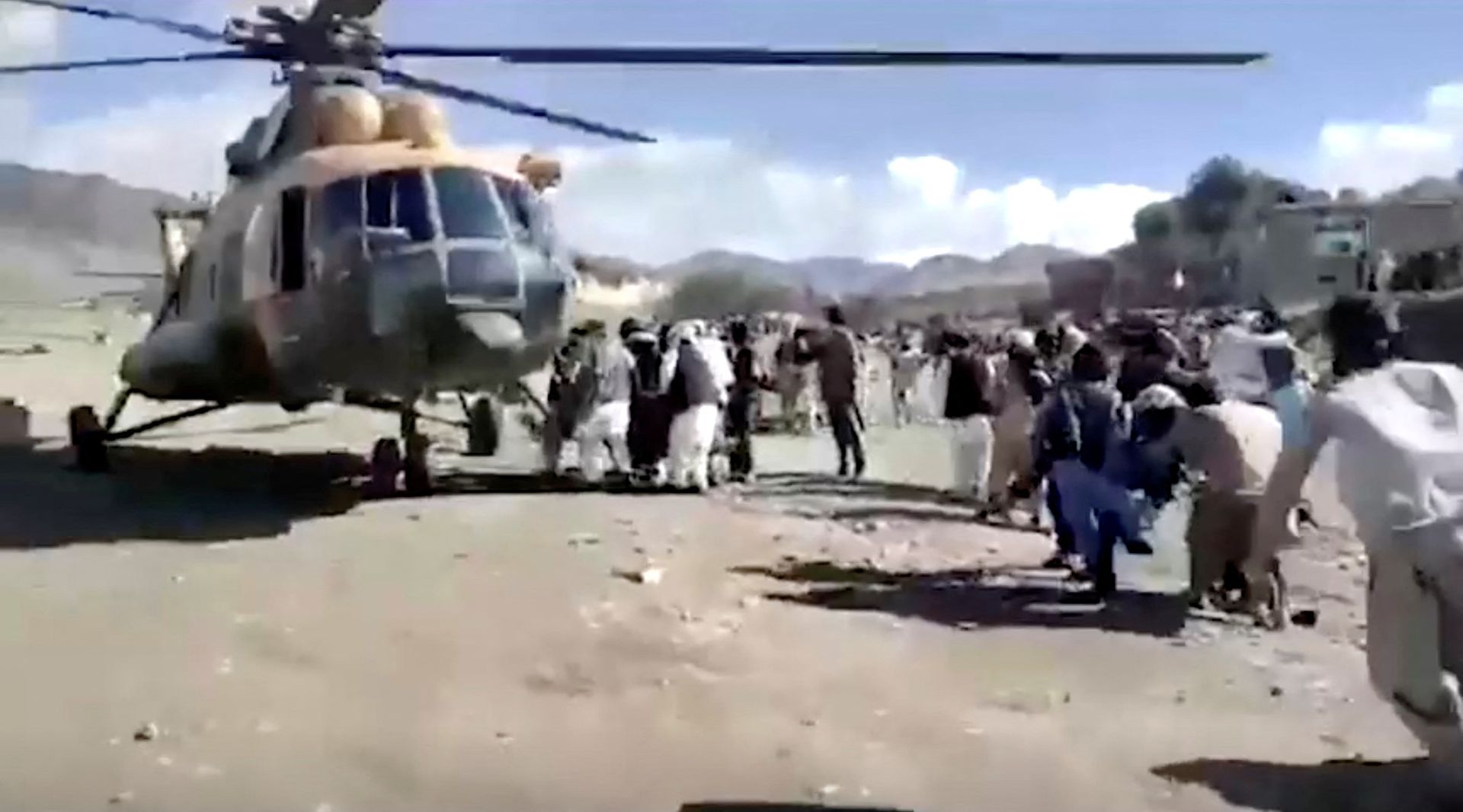 United States still holding on to $9.8 billion worth of Afghan assets

A 6.1 Richter scale earthquake struck Afghanistan, 44 kilometres from the provincial capital of Khost, in the early hours Wednesday killing more than 1,000 people and trapping hundreds more beneath rubble the Taliban said. Deputy Taliban Minister for Disaster Management Mawlawi Sharafuddin Muslim in Kabul where the earthquake tremor was felt confirmed that most of the destruction occurred in southeastern Paktika and Khost provinces, which border Pakistan.

Rescue workers on the scene worry that the death toll might increase due to lack of heavy earth moving equipment, with poor terrain, rain, snow and wind hampering efforts. Taliban authorities said people were still under the rubble and rescue efforts, backed by helicopters, were underway. They also begged all aid organisations working in Afghanistan to help in the rescue operations. The United Nations Office for the Coordination of Humanitarian Affairs (UNOCHA) in Afghanistan has already sent in rescue teams and emergency equipment.

The UN Secretary General Antonio Guterres tweeted late Wednesday, “My heart goes out to the people of Afghanistan following the devastating earthquake which has claimed hundreds of lives.” Assuring the Afghan people, “The UN is fully mobilised & our teams are on the ground, assessing needs & providing initial support.”

The United States which is holding $9.8 billion in Afghan assets made no statement on releasing the funds to help with the rescue efforts instead the US Secretary of State Antony Blinken said.

“United States expresses deep sorrow for the victims of today’s devastating earthquake in Afghanistan. The people of Afghanistan have undergone extraordinary hardship, and this natural disaster compounds an already dire humanitarian situation,” he said in a statement. “U.S. humanitarian partners are already responding, including by sending medical teams to help people affected, and we are assessing other response options.”

“President Joe Biden is monitoring developments and has directed USAID and other federal government partners to assess U.S. response options to help those most affected.” Jake Sullivan the national security adviser said from the White House.

Wednesday’s quake was the deadliest in Afghanistan since 2002 and tremors were felt by almost 120 million people in Afghanistan, Pakistan and India, the European-Mediterranean Seismological Centre (EMSC) said on Twitter, many experts predict that the Taliban will struggle; the Afghan defence ministry is leading the rescue effort.

Russia Foreign Ministry in contact with Afghan government The Russian Embassy complex in Kabul, Afghanistan was struck by a suicide...

US Defence Secretary reflects on US defeat The United States Defence Department has commemorated the first anniversary of American forces...