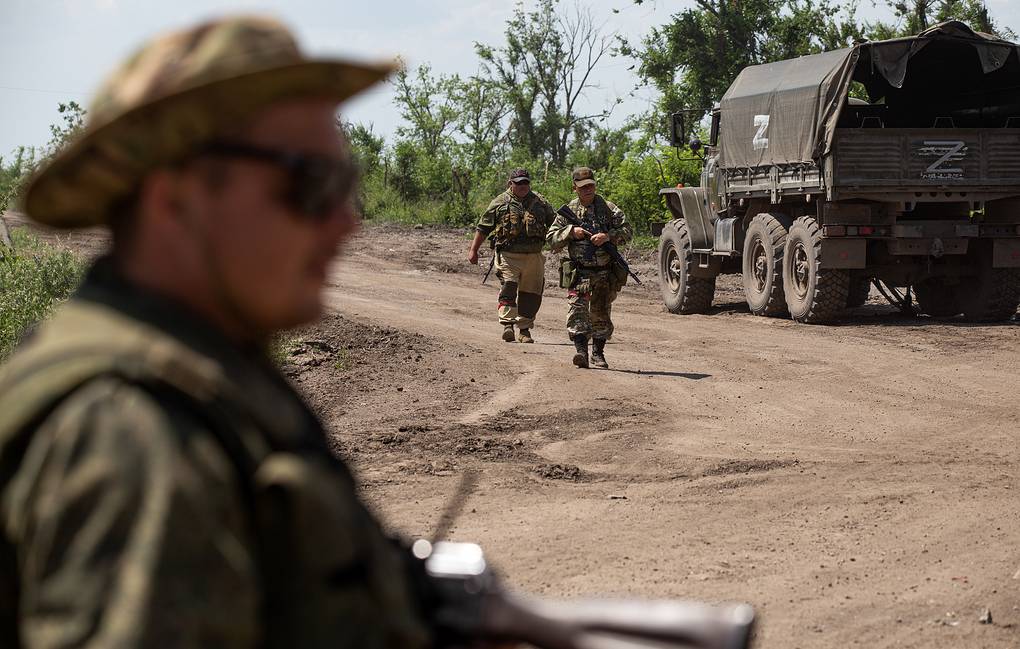 The Russian Defence Ministry said Friday that it has trapped 2,000 Ukrainian and foreign fighters in a Lugansk pocket.

“About 1,800 military personnel, 120 Right Sector Nazis, up to 80 foreign mercenaries and also over 40 combat armored vehicles and around 80 guns and mortars,” the spokesman pointed out, adding that 41 Ukrainian soldiers had voluntarily surrendered in that area in the past 24 hours alone.

“The Ukrainian battlegroup encircled by the Russian army in Gorskoye and Zolotoye in the Lugansk area is exhausted and less than 40% manned,” Konashenkov said.

Russian troops have blocked the city of Lisichansk from the south according to the RuMOD.

“Units of the Center group of forces under the command of Colonel General Alexander Lapin broke through the well-reinforced defense of Ukrainian troops, defeated the enemy and blocked the city of Lisichansk from the south,” the Russian added.

According to Konashenkov, in the course of this operation, Russian forces liberated 11 settlements. The biggest of them are Loskutovka, Mirnaya Dolina, and Ustinovks.

Since March, Lugansk People Republic militia have made the liberation of Lisichansk and Severodonetsk one of their main objectives. Heavy Russian artillery fire, air strikes and ground assaults have forced the Kiev regime to pull back its forces from Severodonetsk.

Meanwhile Russian Aerospace Forces are hunting the four HIMARS systems that Kiev has received and is deploying to the Donbass. Experts warn that the use of the HIMARS on Russian will lead to air strikes on “decision making centres” in Kiev.

Four months after the launch of the special military operation to “denazify and demilitarise” Ukraine, Russia is inching closer to the complete liberation of the Donbass.