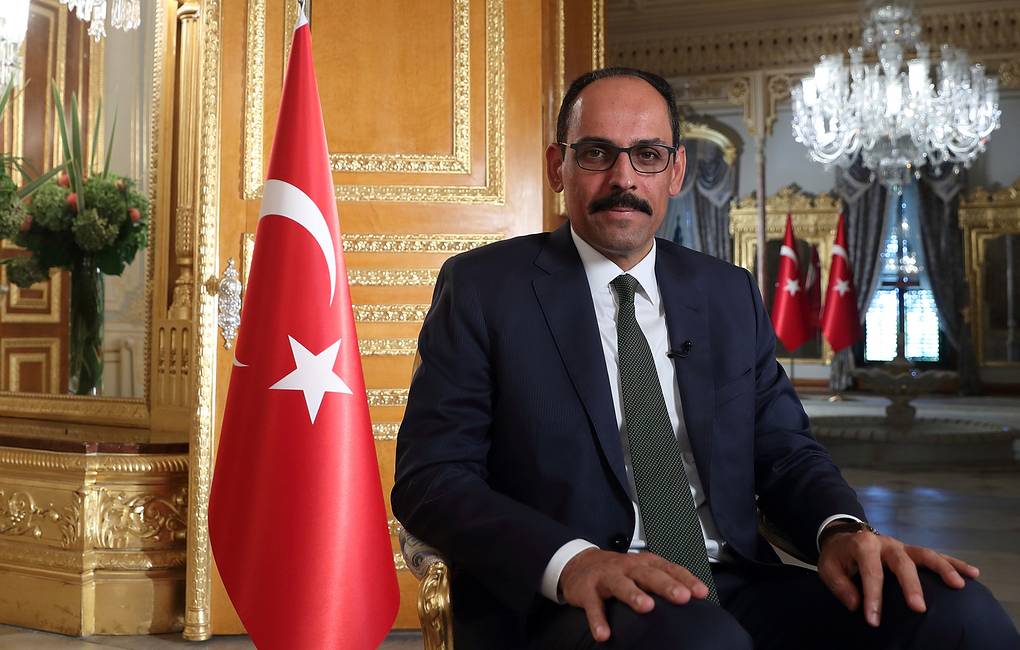 Turks consolidate their position in the new world order

No Turkish sanctions on Russia

Turkish presidential spokesman Ibrahim Kalin in Ankara on Sunday told the Haberturk television channel that he hopes a four-party meeting on the export of Ukrainian grain will be held in Istanbul soon. The four parties in the talks are Russia, the United Nations, Turkey and Ukraine.

“Currently, we are in talks with Russia and Ukraine. We hope for results soon and for a meeting between representatives of Russia, Ukraine, Turkey and the United Nations in Istanbul. This meeting will discuss the mechanism of supplies. Work is being done on this plan now,” he said, adding that the process of designating a safe naval corridor and the beginning of grain shipments will take three to four weeks. President Vladimir Putin said earlier in Sochi that Moscow would guarantee passage of ships with Ukrainian grain, if Kiev demined its ports and ensured export via Russia-controlled ports, such as Berdyansk and Mariupol.

Turkey plans to export some 40 million tonnes of grain from both Ukraine and Russia.

“It is a serious figure. It is some 30-35% of global volumes,” he stressed, adding that the issue of supplies of Ukrainian grain is of special importance for Turkey.

“Thanks to these shipments via Turkey, it will gain strategic positions. Ships will pass via the Bosporus. Like a negotiating table for talks between Ukraine and Russia that we organised in Istanbul, we will bring together the two countries on the matter of grain export,” Kalin said.

Turkish and Russian military delegations met in Moscow on June 21 to discuss the modalities which the Turks described as positive and constructive.

The presidential spokesmen then elaborated on why there are no Turkish sanctions on Russia. “We are conducting a well-balanced policy in respect of Russia. We are not imposing sanctions and will not join them. We must observe our own interests. If everyone ruins the bridges, who will be speaking with Russia then? Our economic relations with Russia have such character that sanctions will do more harm to Turkey’s economy than to Russia’s. We have a clear position [on the matter of sanctions]. The West has not accepted it.”

Also on Sunday the United Nations Secretary General Antonio Guterres warn about a global food crisis if Russian fertilisers are not on the global market to solve the crisis he began talks.

“There are intensive contacts both with Ukrainians and with Russians and Turks, and on the other hand, with the United States and the European Union, with the aim of facilitating the safe and reliable export of Ukrainian food products in the Black Sea and , at the same time, the export of Russian grains and fertilizers, which you can’t do without.” Guterres said in a statement.

During negotiations in St. Petersburg on June 25, Russian President Vladimir Putin and his Belarusian counterpart Alexander Lukashenko discussed grain and fertilisers supply to the world market. “Shortage of fertilizer reduces next year’s harvest, so action must be taken to meet consumer demand,” the Russian leader said.