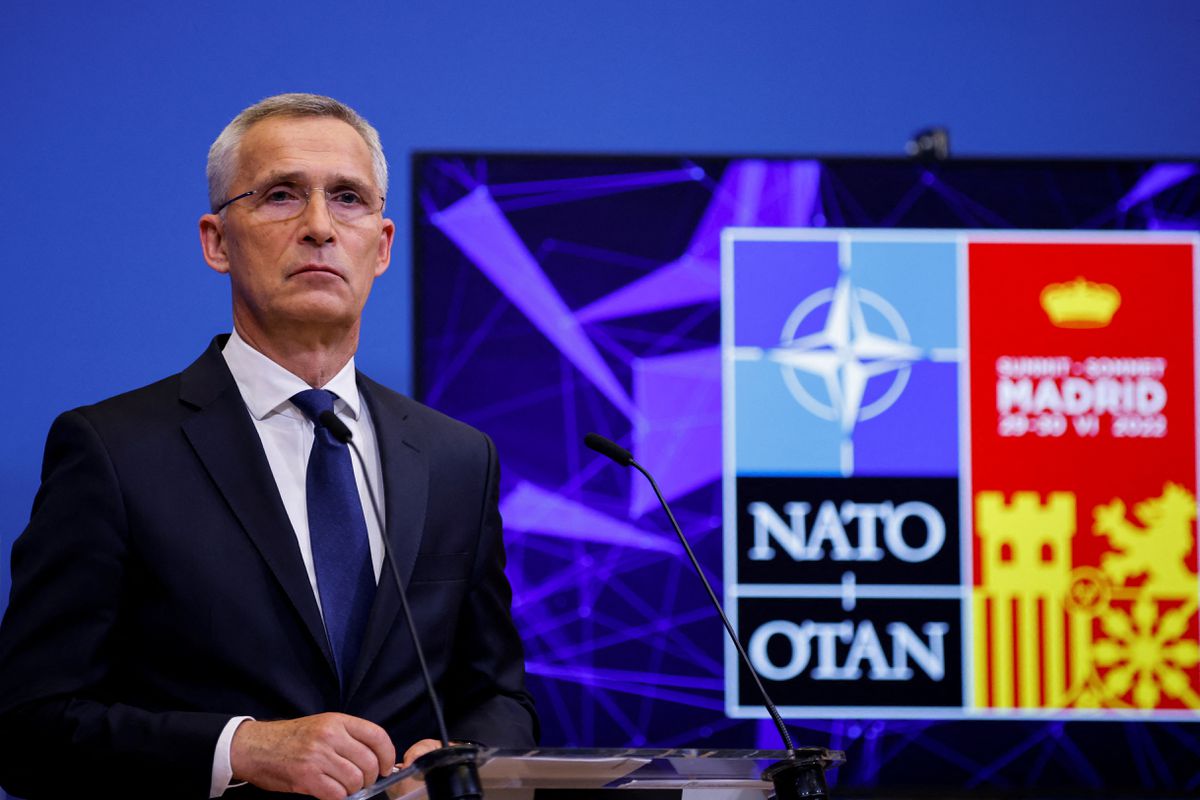 Russia to be tagged a threat to the West

The North Atlantic Treaty Organisation (NATO) Secretary General Jens Stoltenberg proclaimed that the western defensive alliance will have 300,000 troops on high alert up from the the current 40,000 troops. He said at a news conference at NATO headquarters in Brussels , Monday, ahead of the June 28-30 North Atlantic Treaty Organisation(NATO) summit in Madrid.

“At the summit, we will strengthen our forward defences. We will enhance our battlegroups in the eastern part of the Alliance up to brigade-levels. We will transform the NATO Response Force. And increase the number of our high readiness forces to well over 300,000,” he said.

“Russia has walked away from the partnership and the dialogue that NATO has tried to establish with Russia for many years,” Stoltenberg added.

“They have chosen confrontation instead of dialogue. We regret that – but of course, then we need to respond to that reality,” he told reporters.

The 300,000 high alert force will provide a larger pool of high readiness forces across the battle-space; land, sea, air and cyber, which will be pre-assigned to specific plans for the defence of allies according to a NATO official.

“This will enable a rapid response to any threat.” The official added.

With Russia fully in NATO’s crosshairs, the alliance will do all it can to prevent further Russian aggression. NATO combat units on the alliance’s eastern flank nearest Russia, especially the Baltic states, are to be boosted from battalions to brigades. With thousand more troops on stand by as reinforcements in Germany.

“I expect the allies will state clearly that Russia poses a direct threat to our security, to our values, to the rules-based international order,” Stoltenberg said.

On Finland and Sweden’s bid to join the alliance despite firm opposition from Turkey, “I will not make any promises or speculate about any specific time lines. The summit has never been a deadline,” the NATO secretary general confirmed.