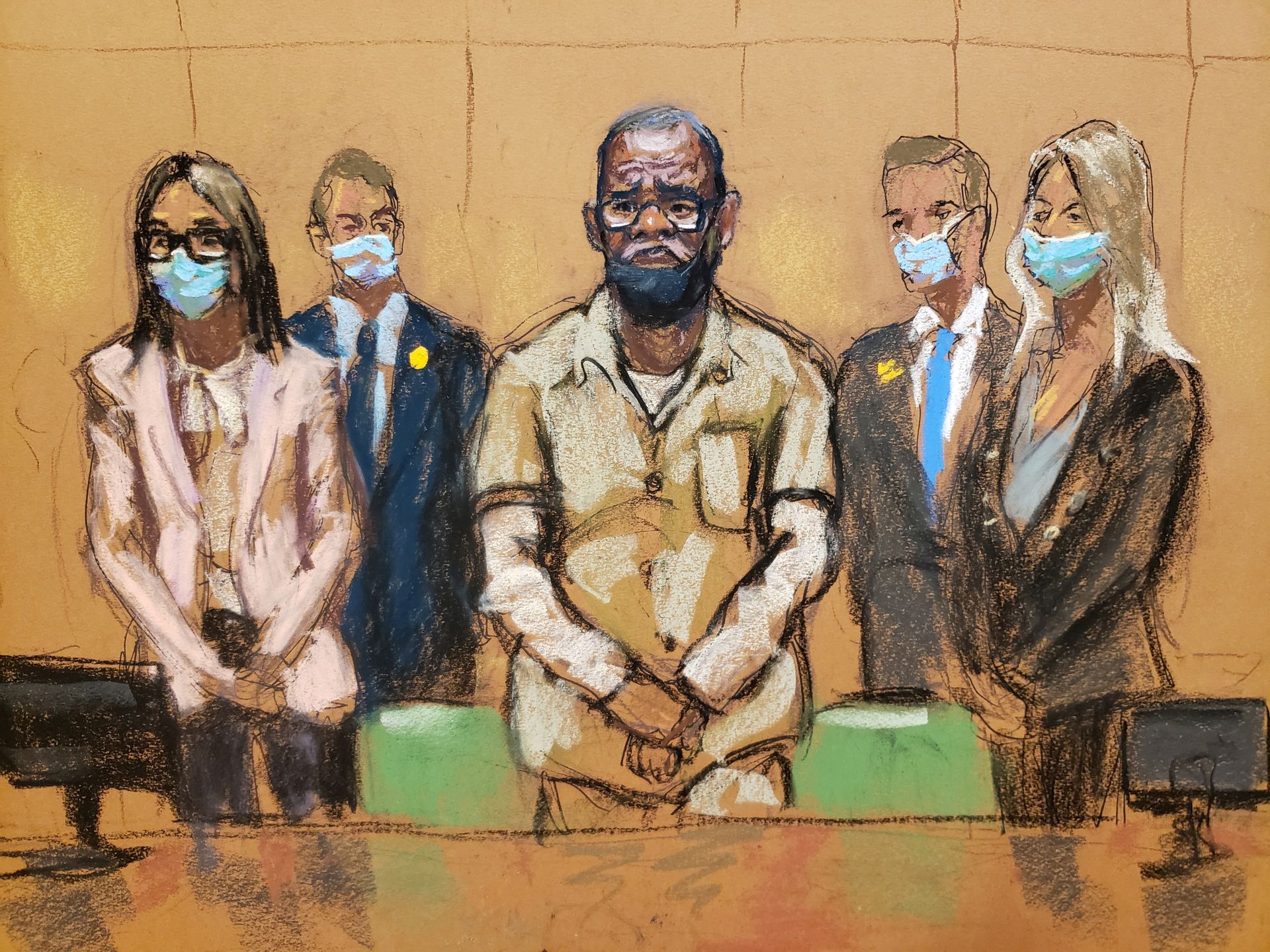 R and B superstar R. Kelly known fully as Robert Sylvester Kelly was sentenced on Wednesday to 30 years in prison, following the multiplatinum R&B singer’s conviction for using star power over the decades to ensnare women and underage girls for sex.

The sentence was imposed nine months after Kelly, 55, was convicted of racketeering and sex crimes, in a trial that confirmed accusations that had dogged the singer of the Grammy-winning hit “I Believe I Can Fly” for twenty years.

U.S. District Judge Ann Donnelly of the Brooklyn Federal Court was harsh on the music star bemoaning his “indifference to human suffering” and “sheer brutality” toward his victims.

“This case is not about sex. It’s about violence and cruelty and control,” Donnelly told Kelly. “You left in your wake a trail of broken lives.” Many of his victims teenage girls attracted to stardom after seeing the success of Aaliyah sought R Kelly to mentor and help their singing careers but all they got from him was rape and physical harm.

“As a teenager, I didn’t know how to say no to R. Kelly when he asked me to perform oral sex on him,” said a woman identified as Jane Doe No. 2. She then paused, looked at Kelly, and asked, “Do you remember that?”

The alleged victims included the singer Aaliyah, who prosecutors said Kelly fraudulently married when she was 15 to conceal earlier abuse. Aaliyah died in 2001.

R Kelly will likely die in prison as he faces other federal charges. Kelly who has been in jail since July 2019 will likely be transported soon to a jail in Chicago, where he faces an August trial in federal court on child pornography and obstruction charges. He also faces various state charges in Illinois and Minnesota.

His lawyer, Jennifer Bonjean, told reporters Kelly was “devastated” by the sentence but that he would appeal.

“Thirty years in prison is like a life sentence for him,” Bonjean said.