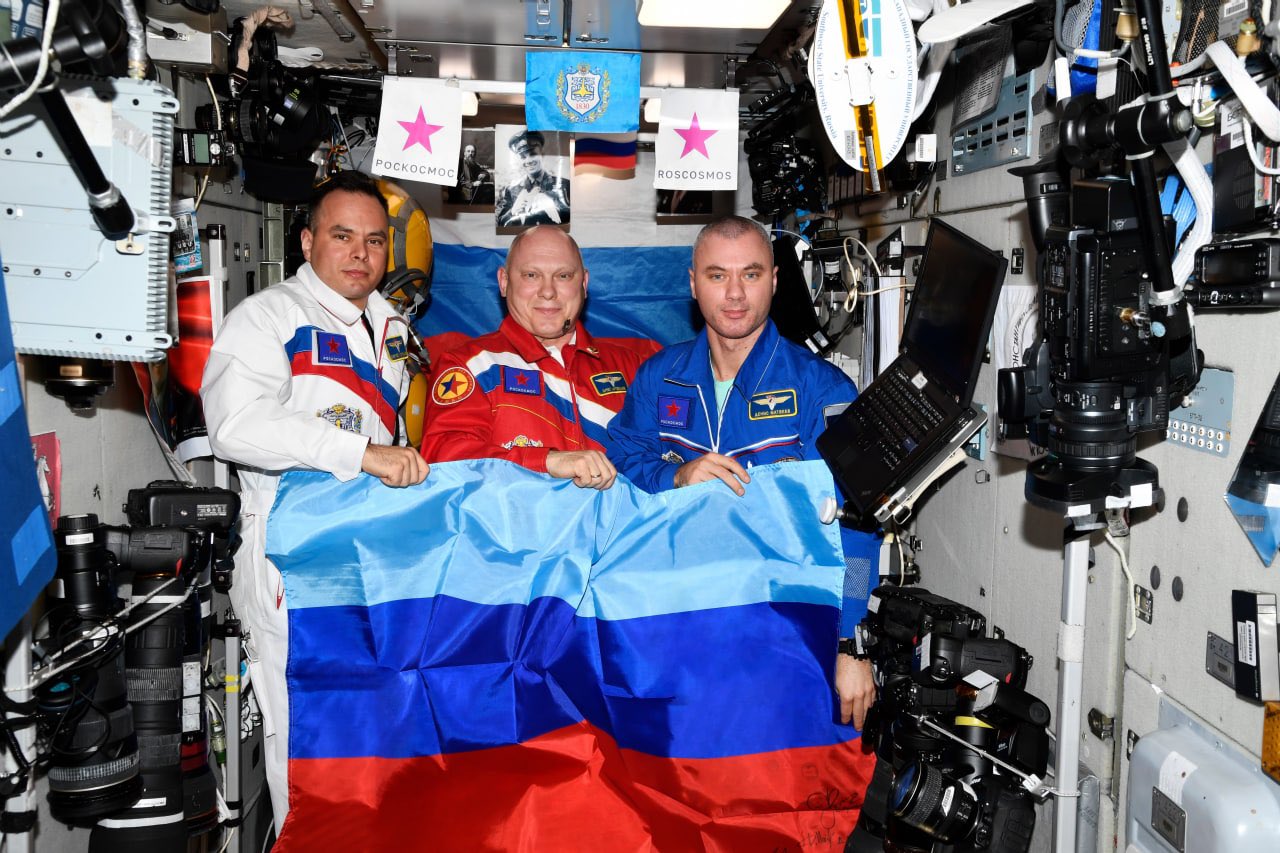 Russian cosmonauts celebrate liberation of Lugansk and Donetsk in space

The Russian space agency Roscosmos described Moscow’s liberation of the Luhansk region as “a liberation day to celebrate both on Earth and in space.”

“This is a long-awaited day that the residents of the occupied areas of the Luhansk region had been waiting eight years for,” Roscosmos wrote on Telegram.

“We are convinced that July 3, 2022, will forever remain in the history of the (Luhansk People’s) Republic.”

“After heavy fighting for Lisichansk, the defense forces of Ukraine were forced to withdraw from their positions and lines. In the conditions of the multiple superiority of the Russian occupying forces in artillery, aviation, multiple launch rocket systems, ammunition and personnel, the continuation of the city’s defense would have led to fatal consequences. To preserve the lives of Ukrainian defenders, it was decided to leave,” the Ukrainian General Staff said on Facebook Sunday.

Also on Sunday, Lugansk Militia officer told the Russian news agency TASS that it was too early to celebrate.That the LPR will need a buffer of 300 kilometres to be out of range of western supplied artillery systems and support the Donetsk People’s Republic (DPR) militia.

“The forces and means available to the Ukrainian army now don’t allow us, unfortunately, to say that the liberation of the LPR and the reaching of its administrative borders can ensure the security of the LPR,” Andrey Marochko the LPR media officer told TASS.