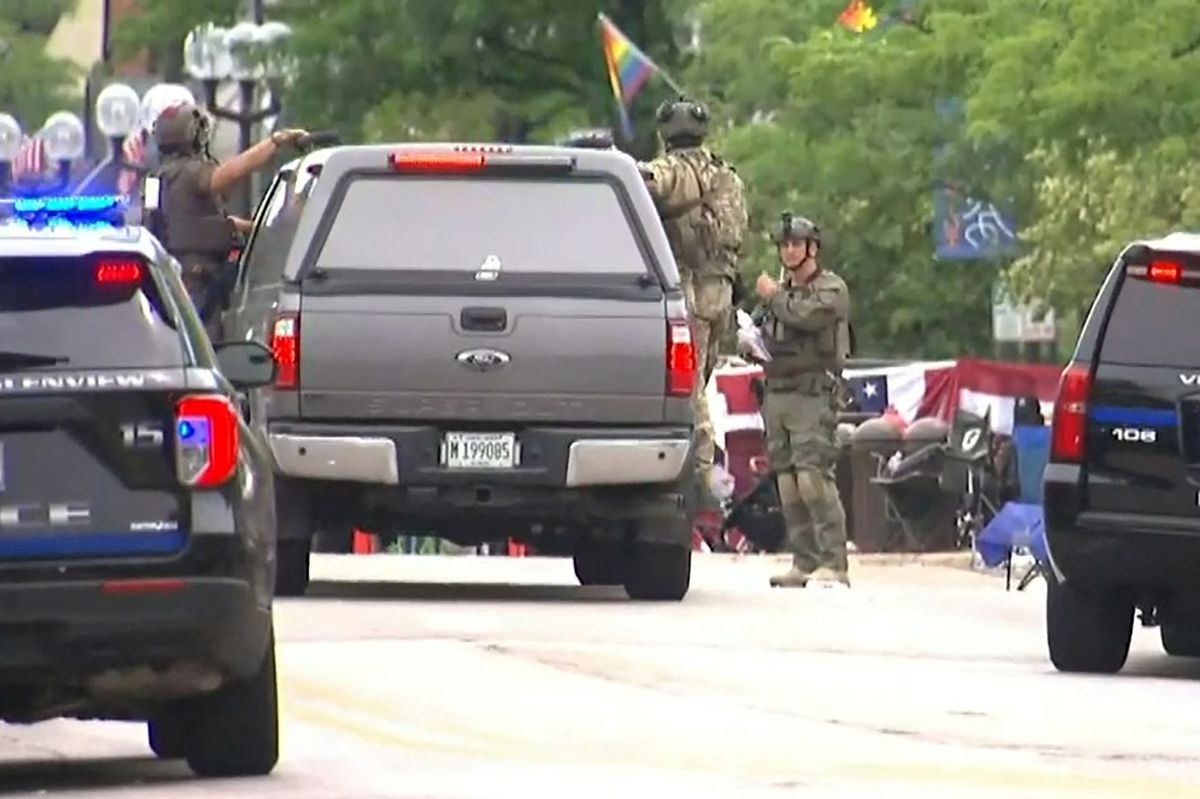 Six killed and many injured during 4th of July parade

A suspected white male gunman killed six and injured several bystanders in the Chicago suburb of Highland Park on Monday, during a Fourth of July parade officials said, sending parade-goers and onlookers running for their lives.

At a news conference officials said six people were killed and 24 people were injured in the shooting. A rifle was recovered from the scene. Police say the white male, believed to be about 18 to 20 years old, is on the run and asked the public for tips to help find him. Police said initial reports suggested he fired from a rooftop.

“Our community was terrorized by an act of violence that has shaken us to our core. Our hearts go out to the families of the victims during this devastating time,”  Highland Park Mayor Nancy Rotering said at a news conference.

Commander Chris O’Neill Highland Police chief urged people to shelter in place as police search for the gunman who is described as wearing a white or blue T-shirt.

A holiday for most Americans, the Fourth of July parade began around 10 am and was suddenly halted a few minutes after shots rang out. Hundreds of shocked parade -goers some bloodied, fled leaving behind chairs, baby strollers, plush toys, bicycles and blankets.

“We are closely monitoring the situation in Highland Park and Illinois State Police are assisting.” Illinois Governor J.B. Pritzker said in a tweet.