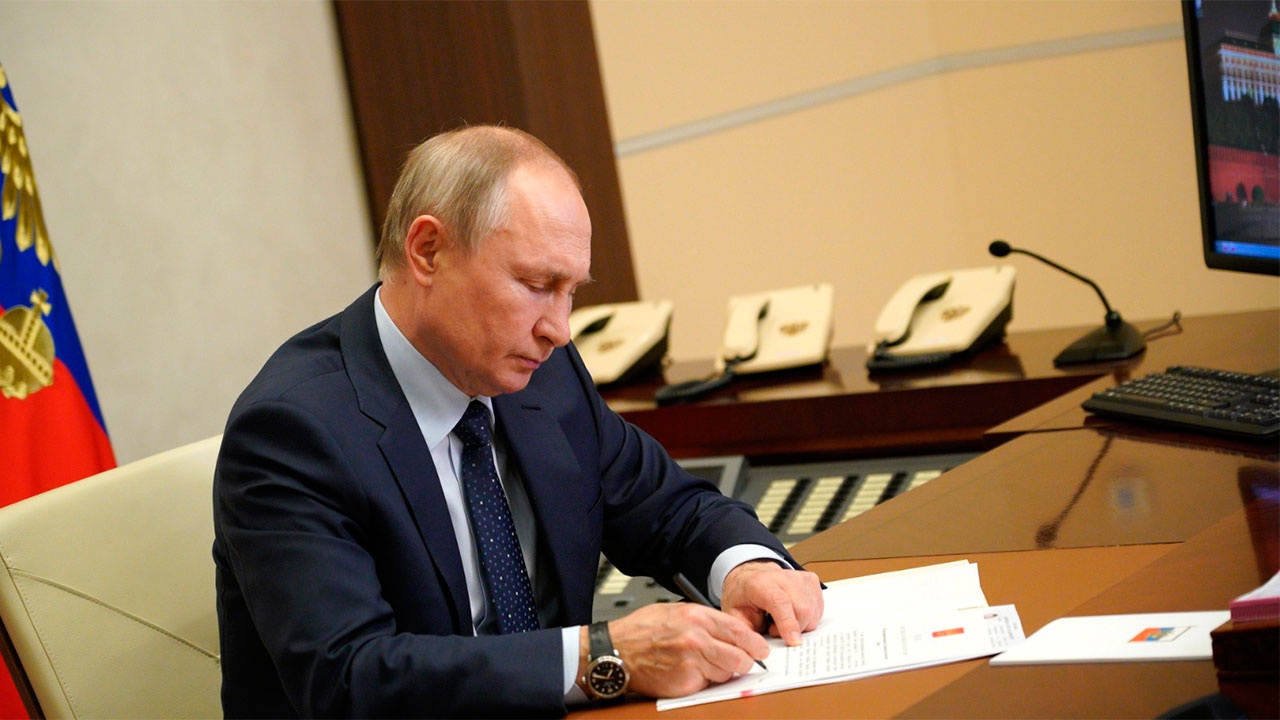 President Vladimir Putin on Monday signed a decree conferring the title of “Hero of the Russian Federation” on two Russian generals for their role in the liberation of the Lugansk People’s Republic.

“To confer the Hero of the Russian Federation title on Abachev Esedulla Abdulmuminovich – Major General, and Lapin Alexander Pavlovich – Colonel General, for courage and heroism they displayed in performing the military duty,” the decree read.

Major General Esedulla Abachev, Deputy Commander of the Eighth Army of the Southern Military District, and Colonel General Alexander Lapin, Commander of the Center Group were involved in the liberation o f Lisichansk and Severodonetsk. The “Hero of the Russian Federation” is Russian highest state honour.

Putin in a meeting with the Minister of Defence General of the Army Sergei Shiogu who briefed the Russian head of state of the liberation of Lugansk thanked all the participants in the special military operation.

“I would also ask you to recommend for state decorations all military personnel who distinguished themselves in the course of these combat operations. Based on your daily reports, I know that the Russian army has many such brave, professional soldiers, daring – in a good way – warriors, and they should all be honoured with corresponding state decorations of their Motherland.” Putin said.

He also thanked the  soldiers of the 2nd Army Corps of the Lugansk People’s Republic (LPR) Militia for their efforts in the liberation.

The Russia Supreme Commander also requested that the troops that achieved success and victories in the Lugansk should rest recuperate and build up their combat capabilities while other units are to carry out their assigned tasks according to the plan.

On February 24, President Putin ordered a special military operation, which sole aim was to protect the independent Donbas republics, denazify and demilitarise Ukraine. As the operation enters its sixth month the republics are being secured and the military capability of Kiev is being degraded as operations continue.

Many western observers have seen Russia’s failure to capture Kiev was a defeat. But according to military experts it was a classic Russian military deceptive plan called maskirovka. The Russian troops were sent to Kiev so as to draw away approximately 100,000 Ukrainian troops away from the Donbas. Kiev fell for the deception Russia withdrew and began the battle of the Donbas which has led to a Russian victory.