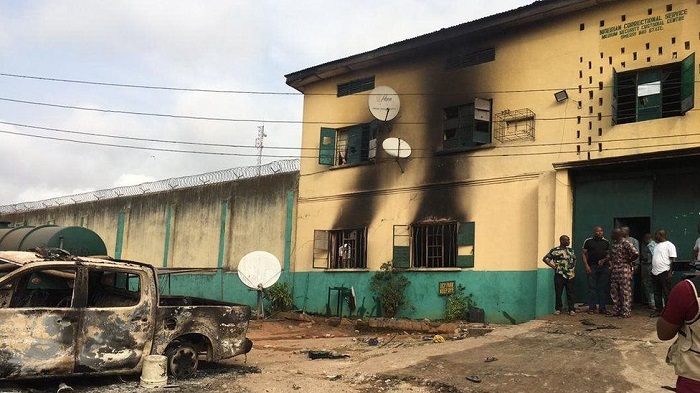 Armed bandits have apparently taken over Nigeria according to reports. In what seems to be co-ordinated attacks. Bandits struck in Abuja and Katsina late Tuesday night.

“I wish to confirm that at about 2200hrs, some yet-to-be-identified gunmen attacked the Medium Security Custodial Centre, Kuje, in the Federal Capital Territory.” The statement read.

“However, men of the Armed Squad of the Nigerian Correctional Service and other security agencies attached to the Custodial Centre have responded and calm has been restored to the facility and the situation is under control.” The statement added.

“Other details will be made available soon.” The statement concluded without adding any specifics on wether inmates escaped from custody. The NCS spokesperson, Umar Abubakar who signed the statement declined further comments instead assured Abuja residents that calm has been restored.

In a related development, the advance team of President Muhammadu Buhari convoy to Daura, his home town in Katsina State, came under attack from gunmen suspected to be bandits on Tuesday. Shehu Garba the presidential spokesman confirmed in a statement.

“Attackers opened fire on the convoy heading from Abuja to Daura from ambush positions, but were repelled by the military, the police and the DSS personnel accompanying the convoy.” He said.

Garba added that two service personnel were injured in the brazen attack on the advance party and are currently receiving treatment at a local hospital.

Other reports suggested that two Department of State Services (DSS) operatives were killed in the ambush but no reports if the bandits suffered casualties from return fire. Analysts are increasingly worried that Nigeria is on the brink of being a “failed state”.

According to the Nigerian Security Tracker, run by the Council on Foreign Relations, statistics showed that at least 3,478 people were killed across the country from December 2021 to June 15, 2022. More have died, felled by terrorists, bandits, gunmen, and cultists. Last week, in a major punch to the country, terrorists ambushed and killed 37 soldiers and police officers in Shiroro, Niger State.

The attack on the presidential advance party comes a few days before Buhari celebrates Eid-el-Kabir in his hometown on Saturday.