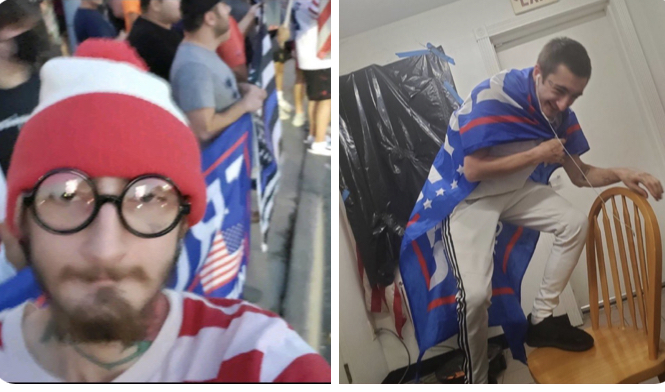 Suspect Robert ‘Bobby’ Crimo III, 21, who goes by the moniker Awake the Rapper and boasts more than 16,000 monthly listeners on Spotify was reportedly ‘known to police.’ Crimo is accused of killing seven people and wounding several others with a sniper rifle during a July 4 Independence Day parade in his affluent Chicago suburb of Highland Park in the US state of Illinois on Monday.

It is not yet known if this was because of the violent videos that were hosted by YouTube until they were taken down Monday night.

Music videos posted by Crimo online last fall include a drawing of himself shooting people and a clip of himself throwing bullets on the floor of a classroom while wearing armor in what appears to be a joke about school shootings.

His victims were between the ages of eight and 85, with at around four of those shot believed to be children.

“We are shocked by the senseless gun violence that has yet again brought grief to an American community on this Independence Day’, President Joe Biden said in a statement and vowed to continue the fight against the shooting ‘epidemic.’

In 2020, Crimo was pictured attending a Donald Trump rally while dressed as Where’s Waldo. Another picture has emerged showing the suspect wrapped in a Donald Trump flag. In one rally he attended, the arrival of counter protesters led to tension and former President Donald Trump was not at that rally.

Crimo was arrested after an eight-hour manhunt that involved local and federal police authorities. Observers suggest that he was probably angry that Trump lost the 2020 elections and decided to act out his grievance.