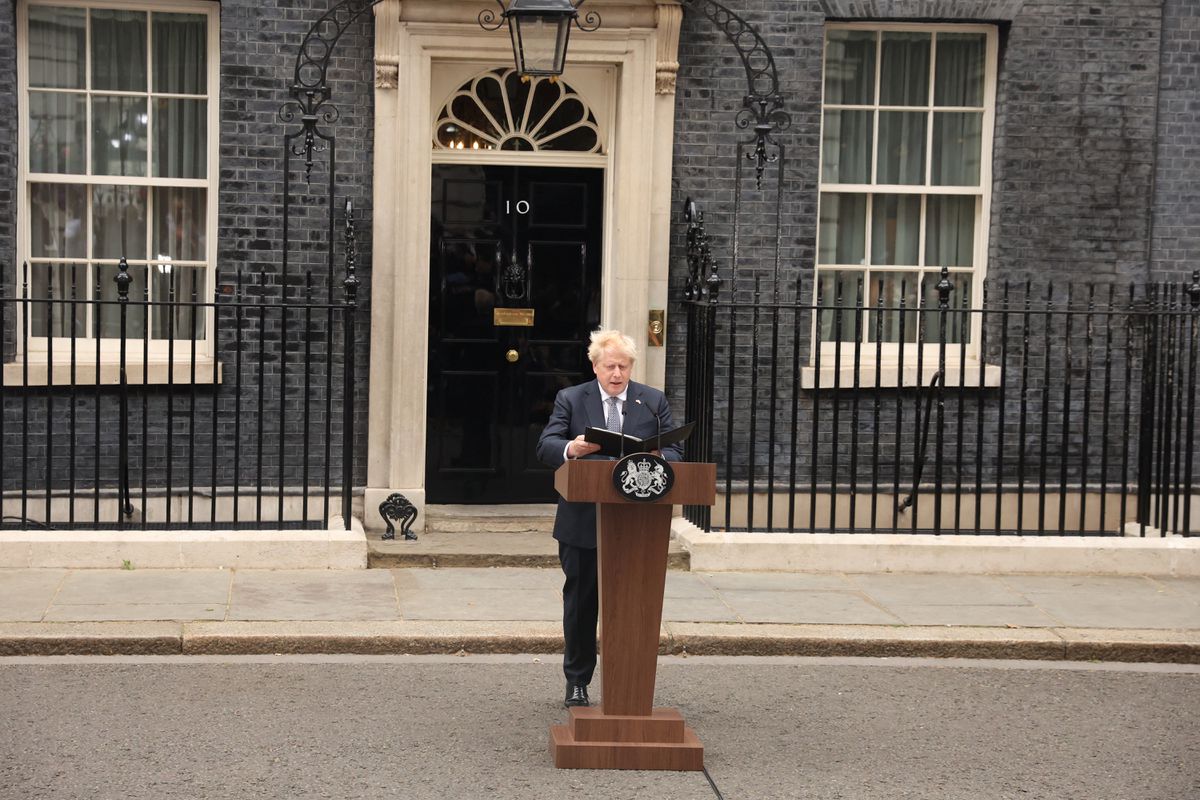 The British Prime Minister Boris Johnson has resigned from office following a series of scandals and party in fighting Thursday. In an announcement outside the PM’s official No 10 Downing Street residence in London Johnson said he was resigning and staying in office till a new leader is picked.

“Today I have appointed a cabinet to serve, as I will, until a new leader is in place,” Johnson said outside his Downing Street office where his speech was watched by close allies and his wife Carrie.

“I know that there will be many people who are relieved and perhaps quite a few who will also be disappointed. And I want you to know how sad I am to be giving up the best job in the world. But them’s the breaks.”

There were cheers and applause as he began his speech, while boos rang out from outside the gates of Downing Street.

In he speech he said he failed to convince Tory party members that sacking him while a war in Ukraine was on was wrong and his government was delivering failed.

“I regret not to have been successful in those arguments. And of course, it’s painful not to be able to see through so many ideas and projects myself,” he said.

“But as we’ve seen at Westminster the herd instinct is powerful – when the herd moves, it moves and, my friends, in politics no one is remotely indispensable.”

Johnson who had been hanging on to the premiership for the last few days was deserted by powerful cabinet secretaries in charge of the Home Office and the Treasury. Following mass resignations on Wednesday and Thursday he finally gave in. The newly appointed Chancellor of the Exchequer’s tweet was the final straw.

“You must do the right thing and go now,” Nadhim Zahawi who was appointed on Tuesday tweeted.

The ruling Tories will now have to elect a new leader, a process which could take weeks or months, with details to be announced next week.

The Leader of the Opposition Labour Party Keir Starmer, said he would call a parliamentary confidence vote if the Tories refused to remove Johnson at once.  “We can’t go on with this prime minister clinging on for months and months to come,” Starmer wailed.

Within the Tory Party, there is pressure on Johnson to hand over to his deputy Dominic Raab. Johnson resignation comes at a time that Britons are struggling with rising living costs, a society divided over Brexit and calls for independence by Scotland.