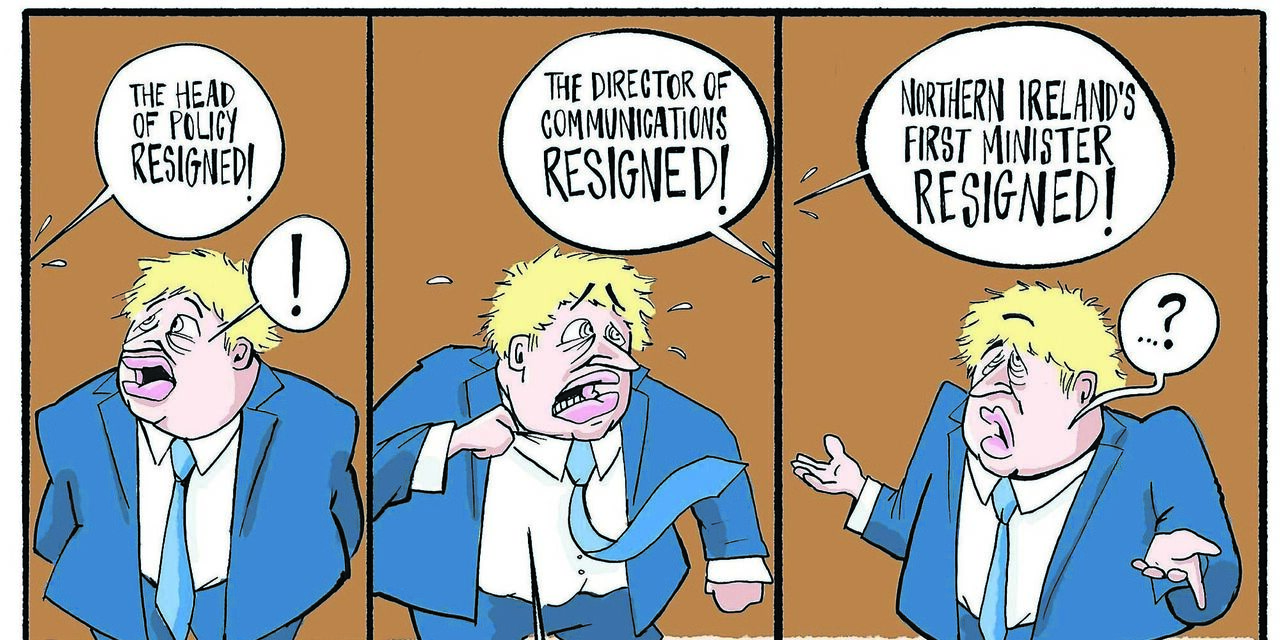 “He doesn’t like us, we don’t like him either,” Kremlin spokesman Dmitry Peskov said shortly before Johnson announced his resignation outside No 10.

Russian politicians lined up clapping themselves on the back and hoisted vodka glasses as the news broke of Johnson’s resignation from office which has plunged the United Kingdom into political turmoil until a leader is chosen. This comes on the heels of Britons struggling with rising living costs.

“The clown is going. He is one of the main ideologues of the war against Russia until the last Ukrainian. European leaders should think about where such a policy leads.” Vyacheslav Volodin, the speaker of Russia’s lower house of parliament said.

The fiery spokeswoman of the Russian Foreign Ministry Maria Zakharova, said Johnson’s fall was a symptom of the decline of the West, which she said was riven by political, ideological and economic crisis.

“The moral of the story is: do not seek to destroy Russia,” Zakharova said. “Russia cannot be destroyed. You can break your teeth on it – and then choke on them.”

Johnson, had boasted to colleagues that he wanted to stay in power longer than Margaret Thatcher – an adversary of Russia during the Cold War who served as British prime minister from 1979 to 1990.