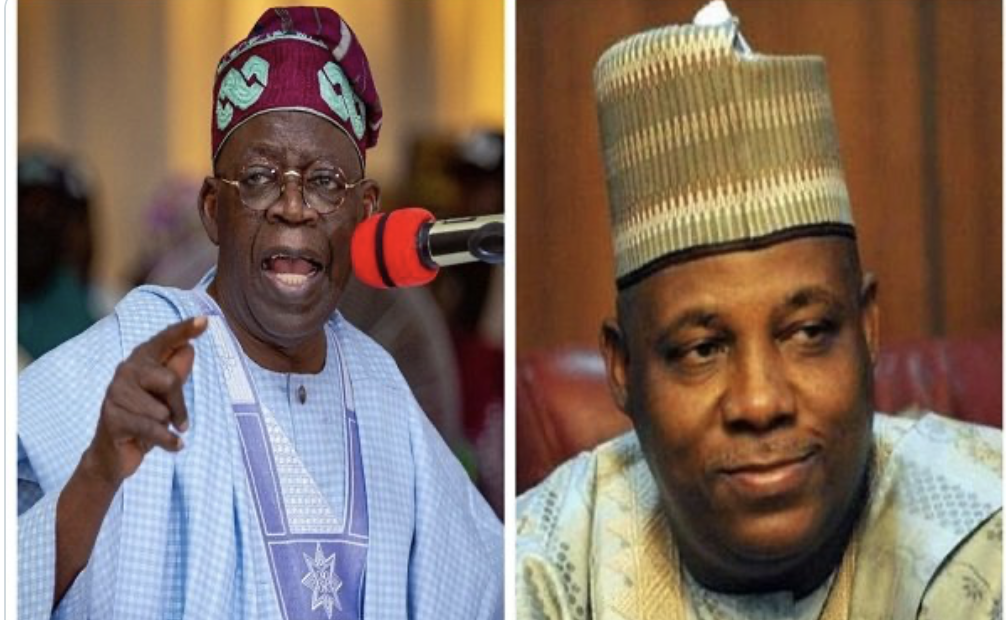 The announcement has shaken Nigeria to its core exposing the religious and ethnic fault lines across the nation that has been battling Islamist terrorism since 2011. Alhaji Kassim Shettima is a sitting Muslim senator and former governor of northeastern Borno state, the heartland of an Islamist insurgency that has killed and displaced thousands of people.

During Shettima’s 2011-2019 governorship, Borno state grabbed global headlines when Boko Haram militants abducted more than 200 schoolgirls in Chibok community in April 2014. It was the Chibok saga #Bringbackourgirls campaign that led to the fall of the Goodluck Jonathan administration in the 2015 elections losing to a Tinubu -Buhari coalition called the All Progressive Congress who promised to end the Boko Haram insurgency.

Shettima, was among those who supported the release of low-risk detainees caught up in the government’s fight against insurgents, as a good-will gesture. Rather the Boko Haram insurgents have become more emboldened striking the Abuja Kuje Prison and freeing over 600 Boko Haram inmates last week.

Alhaji Tinubu 70, a Muslim tore Nigeria’ s unwritten rule -that presidential aspirants should pick a running mate from another religion in order to foster religious unity in a country where there is 50/50 Christians and Muslims -into pieces. Making the announcement on Sunday, that he had picked a fellow Muslim, a holy day of obligation for Christians was the height of insensitivity.

A Yoruba Muslim from southwestern Nigeria, Tinubu told reporters after meeting Buhari in northern Katsina state that he had chosen Kashim Shettima, 55, to be his presidential running mate.

In a chat with journalists after the meeting, the APC presidential candidate said the former Borno State governor’s choice was based on his competence, capability, reliability, and ability.

“Kashim Shettima is the substantive running mate. Although I have not discussed it with him, I have disclosed it to you,” Tinubu told journalists.

Nigerians have already taken to social media to condemn the APC pick, @chosensomto wrote “Lagos is failed city, overtaken by thugs, submerged in flood; Borno is the headquarters of Boko haram. I wonder what the APC is offering us with Tinubu and Shettima.” Another wrote “If you’re from South West, this Muslim -Muslim ticket should give you worry, Owo was a test run for them. Tinubu and Shettima won’t fight terrorism, they will pamper them well the way Buhari did.”

“So, APC is giving us Tinubu, a drug lord, and Kashim Shettima, a suspected Boko Haram sympathiser, as Presidential candidate and running mate. Really? Is this the best the APC could do? Drugs and terrorism? What a mixture. White heroin and guns! Which way Nigeria?” Reno Omokri former media aide to former President Goodluck Jonathan wrote on Twitter.