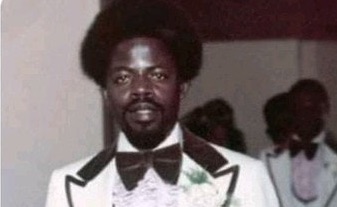 Mysterious Origin. No one knows where the presidential candidate was born and what year. But he was born during the colonial period and it could have been possible not to have a birth certificate. Hundeyin wrote that he was born in Iragbiji in Osun state, south western Nigeria. His name is even a mystery. Some said he adopted the name “Bola Ahmed Tinubu” because it connects him with the former powerful slave trader Madam Tinubu. Some suggesting his real name is Yekini Amoda Ogunlere Sangodele after moving to Lagos to live with his adopted mother, Alhaja Abibatu Mogaji.

No primary school or secondary school records which is unbelievable it was just after independence and no single school friend remembers him. By 1975 he had adopted the name of Bola Ahmed Tinubu and a US visa. Some saying he adopted the identity of the niece of his adopted mother, Bola Tinubu who died suddenly. While in Chicago he took extra mural lessons and got admission to study Accounting, completing his Bachelor’s degree in 1979. returning to he got a job as an accountant working for Mobil Oil Nigeria. Going by the birthdate on his passport and visa he was 27 years old born May 29 1952. Where did he do his National Youth Service? But he has an NYSC certificate. In a 2016 interview with The News Tinubu stated that he became rich when the consultancy firm Deloitte & Touche, paid him an $850,000 bonus as a result of his work with Aramco the Saudi state-owned oil firm.

Hundeyin questioned the “$850,000” bonus. As at 2022, the annual base salary for a Deloitte partner is $575,000 so adjusted for inflation getting a $850,000 dollars bonus in the mid 1980s will equate to $2.3 million dollars today. In The News interview he also said he had $1.8 million in savings because due to his frequent travels working he subsisted on allowances and saved his salary.

Criminal Indictment and criminal prosecution. In 1990 US federal agents arrested the Edwards brothers in Gary Indiana for heroin trafficking and during investigations it was discovered that Abiodun Agbele a local drug kingpin in Chicago was responsible for supplying the highly addictive south east Asian heroin but escaped jail when he did a plea bargain.

“Nigerian criminal groups are responsible for wholesale distribution of most of the SEA heroin shipped into Chicago. SEA heroin, which is 80-90 percent pure, is being sold between Nigerian traffickers for $80,000-$110,00 per kilogram. Wholesalers in Chicago usually sell heroin without cutting it to minimize their handling of the product and their exposure to law enforcement.” the US Department of Justice 2010 report. Agbele confessed and pointed out that the Nigerian supplier was Adegboyega Mueez Akande who taught him the heroin business in the mid 1980s before returning to Nigeria. That same period Akande and Agbele employed the accountant from Mobil living in Chicago whose monthly income was $2,500 but ended up depositing $1.4 million.

In 1992 after winning the Lagos west senatorial seat, Tinubu became the subject of federal investigations. In 1993, Bola Tinubu indicted in a case in the United States District Court, Northern District of Illinois, case Number 1:93-cv-04483. The case involved drug related forfeiture of property. Bola Tinubu entered a settlement with the United States government. The presiding judge, Hon. John A. Nordberg, ordered that funds in the amount of $460,000 in account 263226700 held by First Heritage Bank in the name of Bola Tinubu be forfeited to the United States pursuant to 21 USC 881(a)(6) and 18 USC 981. Mentioned in the indictment was Adegboyega Mueez Akande who conspired with others in 1988 to begin a large scale distribution of heroin and proceeds from the sale were deposited in Tinubu’s account at the First Heritage Bank according to the forfeiture order.

“Despite earning $2,400 a month with no other known source of income, bank records from First Heritage Bank show that over the course of 1990 alone, Bola Tinubu deposits $661,000 into his individual money market account, followed by a further $1,216,500 in 1991. (If you’re paying attention, that is roughly equal to the $1,800,000 he would later claim he made from Deloitte bonuses and salary deposits).” Hundeyin wrote.