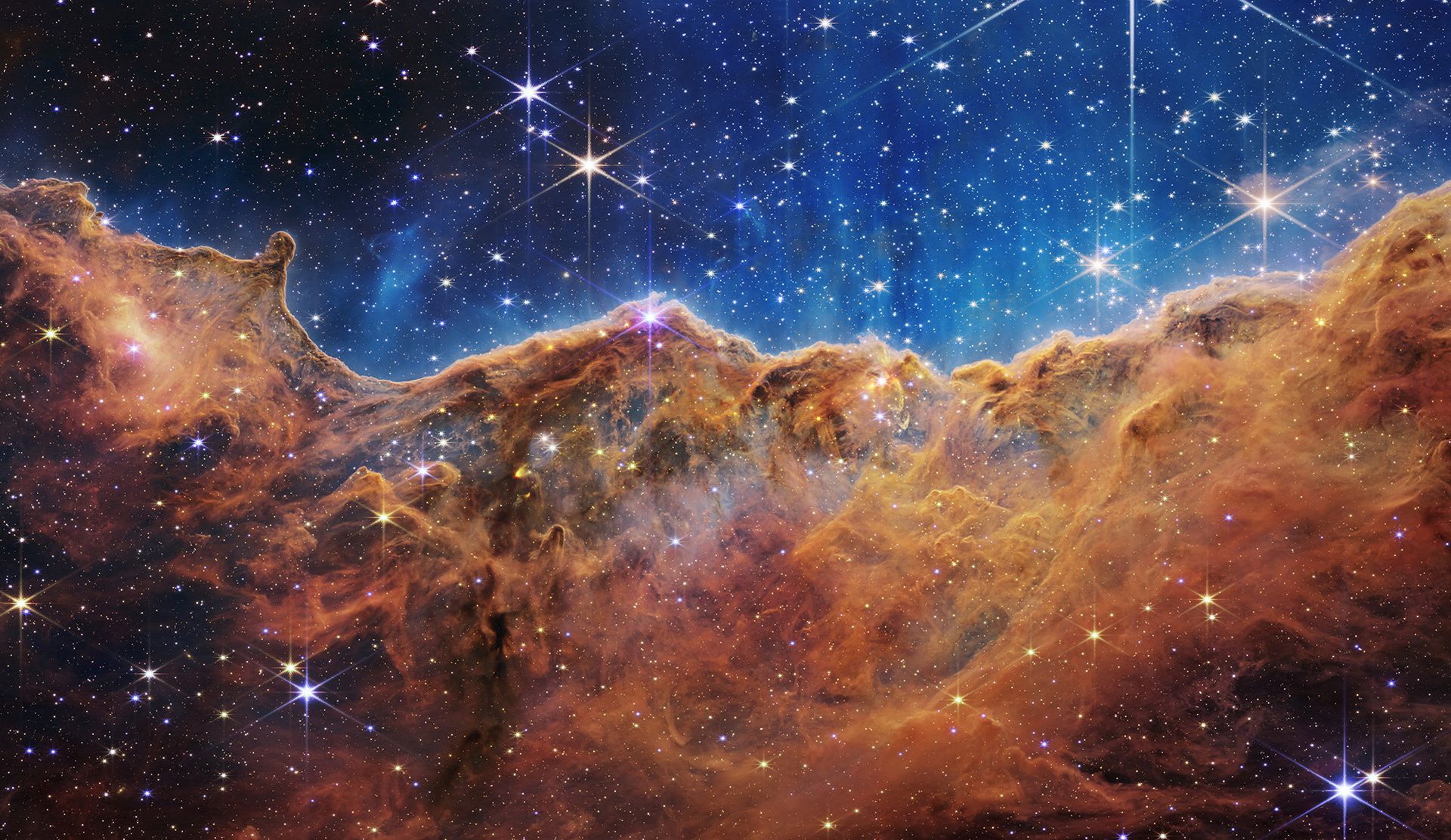 Tuesday’s images took weeks to render using data from the telescope. They show areas of the universe where researchers will focus future scientific research.

The $10 billion telescope, is the largest and most powerful ever launched into space and peers deeper into the cosmos than any before it. Scientists describe the telescope as looking back in time. That is because it can see galaxies that are so far away that it takes light from those galaxies billions of years to reach the telescope.

“Light travels at 186,000 miles per second (299,000 meters). And that light that you are seeing on one of those little specs (in the picture) has been traveling for over 13 billion years,” said NASA Administrator Bill Nelson, who attended Monday’s news briefing along with Biden and Vice President Kamala Harris.

A successor to the Hubble Space Telescope, Webb is about 100 times more sensitive than its 30-year-old predecessor. It is also able to use the infrared spectrum, while the Hubble used mainly optical and ultraviolet wavelengths.

“We are going to be able to answer questions that we don’t even know what the questions are yet,” the NASA administrator said. Apart from the deep space pictures, NASA presented Webb’s first spectrographic analysis of a Jupiter-sized exoplanet more than 1,100 light years away – revealing the molecular signatures of filtered light passing through its atmosphere, including the presence of water vapor.  Scientists have raised the possibility of eventually detecting water on the surface of smaller, rockier Earth-like exoplanets in the future.

More than 40 countries ban Disney's "Lightyear" "Lightyear" star Chris Evans says they will die off like dinosaurs More than...

US President Joe Biden declares the start of the struggle against Russia and China At the Lockheed Martin Pike County...

Loss of grain exports will lead to food crisis in Europe Africa and Asia The Ukrainian Ministry of Agriculture has...